This is somewhat of a personal story but it is probably one that is of interest to many out there.

For the past couple of years, I had Netflix and Amazon Prime subscriptions. I never subscribed to music streaming services because of the many alternatives out there.

I started with Amazon Prime a long time ago to reduce shipping costs. Amazon added more and more features and services to it, and eventually Amazon Prime Video.

I always saw it as an add-on to Prime and not something that I paid extra for. When Netflix became available in Germany, I decided to subscribe to the service after looking over the pond jealously for years.

While I was subscribed to both services, I have to admit that I did not really use them much. Sure, I watched a lot during my first month of Netflix and Amazon Prime, and the occasional show or movie throughout the years. 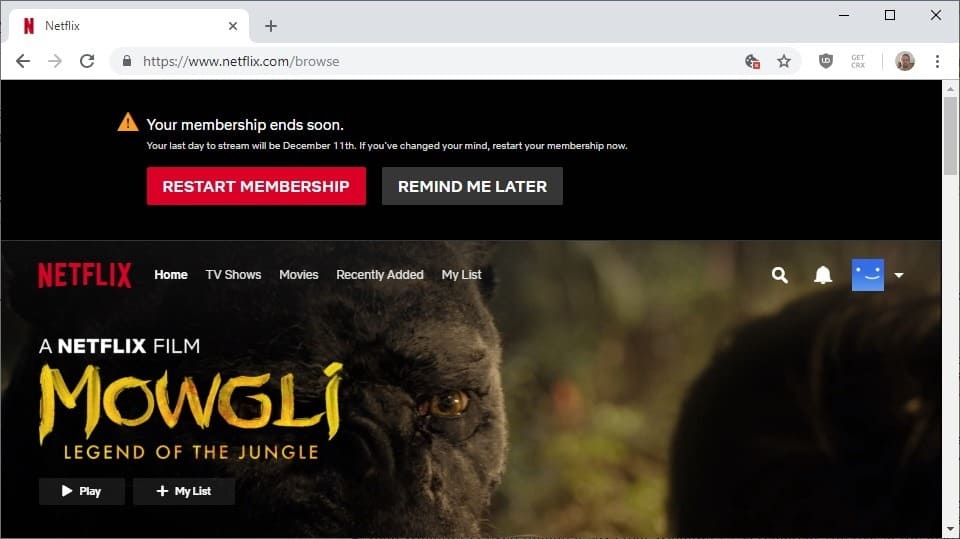 In 2018, I started to analyze the time spend using these services and came to the conclusion that I did not really use them all that much.

There were months in which I did not watch a single show or movie on Netflix or Amazon Prime. It became clear to me that it was not worth it. With Netflix costing about €120 per year and Amazon Prime about €70 per year, I spend nearly €200 (about $226) per year on entertainment services that I did not use much.

Add to that the €210 that I’m forced to pay for a broadcast fee in Germany — despite not watching any TV or listening to Radio — I’d spend about €450 per year for these three.

While I cannot get rid of the broadcast fee, as it is forced even if you don’t watch any TV or listen to Radio, I could cancel my Amazon Prime and Netflix subscriptions.

For Netflix, it was an easy decision. The streaming service offers some good shows but the number of movies and shows that are available is relatively low. Netflix does add shows and movies regularly, but it always felt like a dozen or so new additions of which maybe one or two could be interesting, and that was not really worth it.

Amazon Prime was a bit different as it included not only Video but also free shipping and other benefits. The Prime Video content on the other hand was not better than Netflix’s offering; not enough content to warrant a subscription. So, I decided to cancel it as well and change my buying habits as well (buy less on Amazon, and mostly when free shipping is included).

The streaming landscape, at least that of TV and movie shows, will become even more fragmented in the future as it is. It will even lead to more fragmentation and more subscriptions that you need to access it all.

While I don’t watch a lot of shows or movies, I like some very much and completely ignoring all of them was never an option.

I’d consider an offer like Spotify, but for movies and TV shows. If a service would offer everything, more or less, and for a reasonable price, I’d probably would subscribe to it.

The likelihood of that happening is relatively low, though. Maybe after some mergers or consolidations.

Now You: Are you subscribed to media services on the Internet?

Ghacks needs you. You can find out how to support us here or support the site directly by becoming a Patreon. Thank you for being a Ghacks reader. The post 2019: the year I dropped all entertainment subscription plans appeared first on gHacks Technology News.