I’ve been doing a little bit of distrohopping in the last week or so to take a look at new systems being developed and to try a few I haven’t had a look at in a while; MX Linux being one of the latter.

The last time I touched MX Linux was at least two or three years ago, and I remember that I wasn’t a fan at the time. However, I’m really happy to say that my opinion of the OS has changed with my latest dive into it.

Installation of MX Linux was an absolute breeze, with one of the easiest graphical installation tools I have used thus far in my Linux history.

I would like to point out that the addition of changing services that are being installed was a rather nice touch – I don’t have a printer and do not use any printing related services…So having the option to not even install such a service was quite handy.

There are numerous configuration and customization options available throughout the entire installation process that I personally found really enhanced the installation experience. 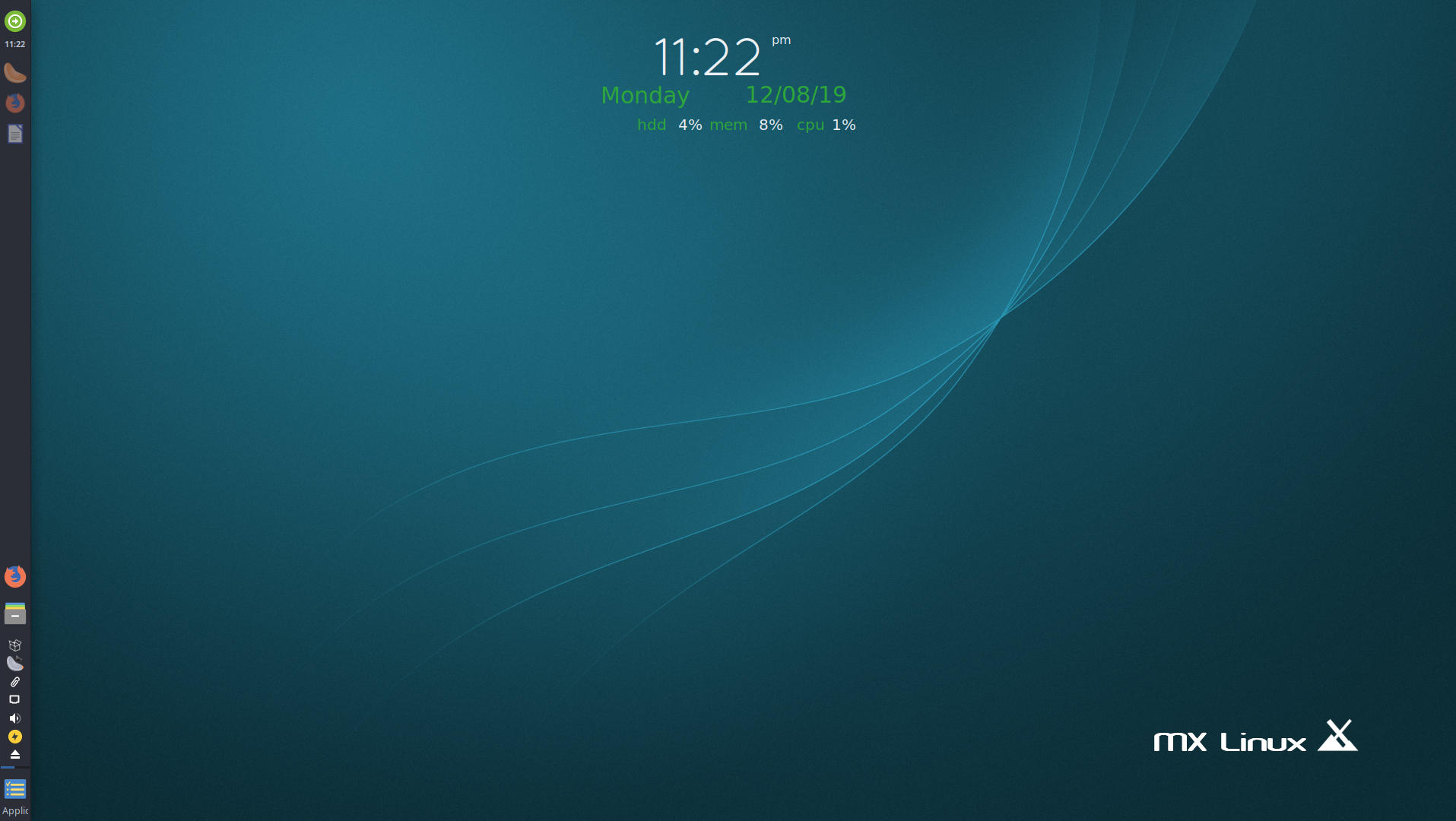 MX Linux is based off Debian’s stable branch, so you can expect rock solid stability. The choice of using Xfce as default for MX Linux is also great due to its low resource requirements and great visual customization ability.

By default MX Linux places a panel along the left-border of the screen, which personally I wasn’t a fan of so I moved it to the bottom, and also includes the popular Whisker Menu for it’s default application menu; I switched it for a basic cascading-style menu as I’ve never personally been a fan of the Whisker Menu, though there’s nothing actually wrong with it, just a matter of preference.

The OS comes with your typical stock of software ranging from the Clementine Media Player, to VLC, to Firefox, Thunderbird and LibreOffice. However, MX Linux actually comes with a rather wide stock of software – I’d almost call it bloat except for the fact that most of it is specifically chosen lightweight, or custom MX Tools that greatly allow for customization of almost every aspect of your system.

Really, I can’t call it bloat…MX Linux just has a lot of customization readily-accessible. If you’re the type of user that, like me, enjoys tweaking your system to pieces and customizing everything to suit your needs, MX Linux will not disappoint.

Just to name some of the different tools available:

There’s more… I just didn’t want to type them all – Again suffice to say that MX Linux will not disappoint your inner tweaker.

I have to comment and say that MX Linux flies. It was blazing fast to launch any application or do any task I gave it; and I did not have it installed on my SSD, just a 7200RPM standard Seagate drive.

MX Linux has impressed me with this latest edition, and I may very well return to it in the future. What about you? Do you use MX Linux, and if so, what are your reasons for using it? Let us know in the comments!

Ghacks needs you. You can find out how to support us here (https://www.ghacks.net/support/) or support the site directly by becoming a Patreon (https://www.patreon.com/ghacks/). Thank you for being a Ghacks reader. The post A look at MX Linux 18.3 appeared first on gHacks Technology News.