Mozilla released the first beta version of Firefox Preview 3.0 on the project’s GitHub home. The beta, which is only available on GitHub and not on Google Play, upgrades the mobile browser for Android to version 3.0.

Firefox users who want to test the new browser using a version from Google Play may download the Nightly version instead. Note that Nightly versions are development builds that may be unstable.

Mozilla started to work on Firefox Preview, initially known as Fenix, some time ago. We covered the first public release of Firefox Preview in 2019 and the launch on Google Play. 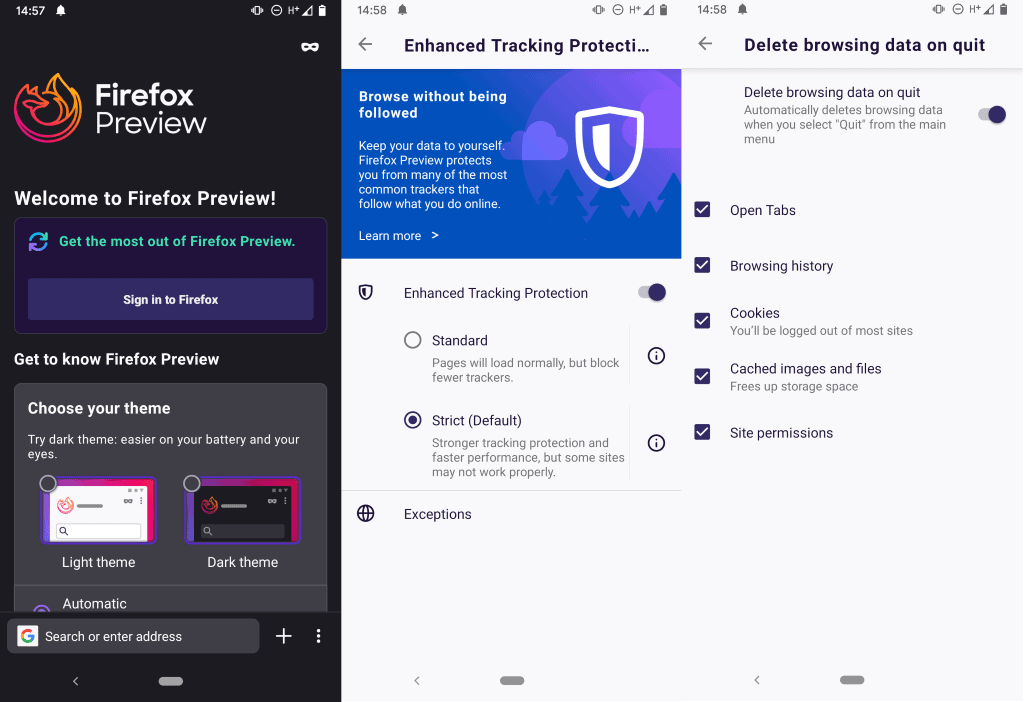 Firefox Preview 2.0 was released some time ago. The version, available on Google Play and GitHub, introduced support for a number of features including send tab to other device, more browsing data clearing controls, or options to add website shortcuts and a search widget to the Home screen of the device.

The browser lacks add-on support at the time but Mozilla promised that Firefox Preview would support extensions after all. Support for some extensions is expected to become available in the first half of 2020.

Firefox Preview is improving with every release but that is usually the case before the first final release of a product. Mozilla wants to ensure that all major features of the current Firefox version for Android are supported by the upcoming browser before users are switched over to the new browser.

Now You: What is your take on Firefox Preview? Anything you’d like to see supported?

Thank you for being a Ghacks reader. The post An early look at Firefox Preview 3.0 for Android appeared first on gHacks Technology News.