The developers of the archive manager PeaZip for Microsoft’s Windows operating system have released PeaZip 7.0.0 to the public. The new version of the file archiver is already available; new users can download the latest version of PeaZip from the developer website, existing users can run an update check by selecting Help > Check for Updates in the interface.

PeaZip 7.0.0 is available as a portable version and an installer. Both versions support the same set of features and are compatible with all recent and several not to recent versions of the Windows operating system (as well as Wine and ReactOS). 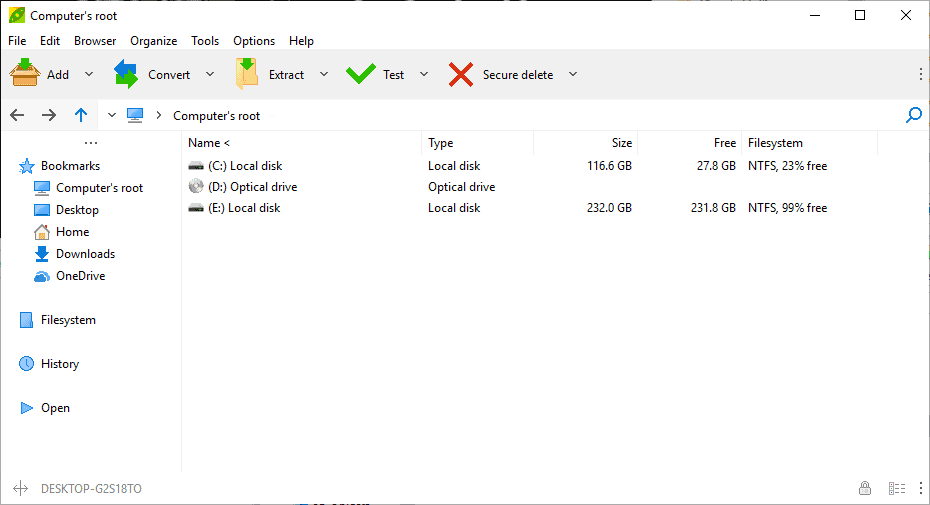 If you run PeaZip 7.0.0 on a high DPI display you may notice that it looks better than previous versions. The developers have improved scaling in the new version; graphics and UI elements are scaled during runtime in the new version of PeaZip to ensure that the interfaces of the main PeaZip program as well as Pea executables looks better on high DPI devices. The used theme, specifically designed for PeaZip 7.0.0, takes this into account as well.

As far as new features are concerned, there are some that users may find useful. Tar archives inside tar.* compressed files are opened automatically in the new version. Users who don’t want that to happen can disable that under Options > Settings > Archive Manager by removing the checkmark from “Auto open singe tar archive inside tar.* files”.

A right-click on the column header in the interface displays a new option to scan files and folders. PeaZip analyzes the data and displays information in the interface; new is the labeling of empty folders with an E in the info column and that the number of directories, files and total size of folders is listed in the checksum/hash column.

Extraction and archiving operations have been improved as well. Users of previous PeaZip versions may notice that the progress bar accuracy has improved in PeaZip 7.0.0. The new versionn applies the “delete input files after task completion” option to all archiving and extraction functions in the new version.

Windows users who use the installer will notice that shortcuts are added to the Start menu that launch add and extract operations (besides opening the program). These are found in the Start Menu and program folder.

PeaZip is a well designed file archiver for Windows that supports over 180 archive formats including all major ones. It is a good alternative to Bandizip which will introduce advertisement in the upcoming Bandizip 7.0.

Now Read: What is the best free archiver to extract archives and compress files?

Thank you for being a Ghacks reader. The post Archive Manager PeaZip 7.0 is out appeared first on gHacks Technology News.