Dr. Mario World is Nintendo’s latest mobile game. The game is now available for Android and iOS devices, and gamers from all over the world can download and install the game on their mobile devices.

Dr. Mario World is a free to play game with in-app purchases. The game is a mobile remake of Dr. Mario, a game released in 1990 by Nintendo for various systems including the Game Boy, NES and SNES.

First, the basics. You can download Dr. Mario World from Google Play and install it on the device. The game can be played without account and you can get started right away after launch. 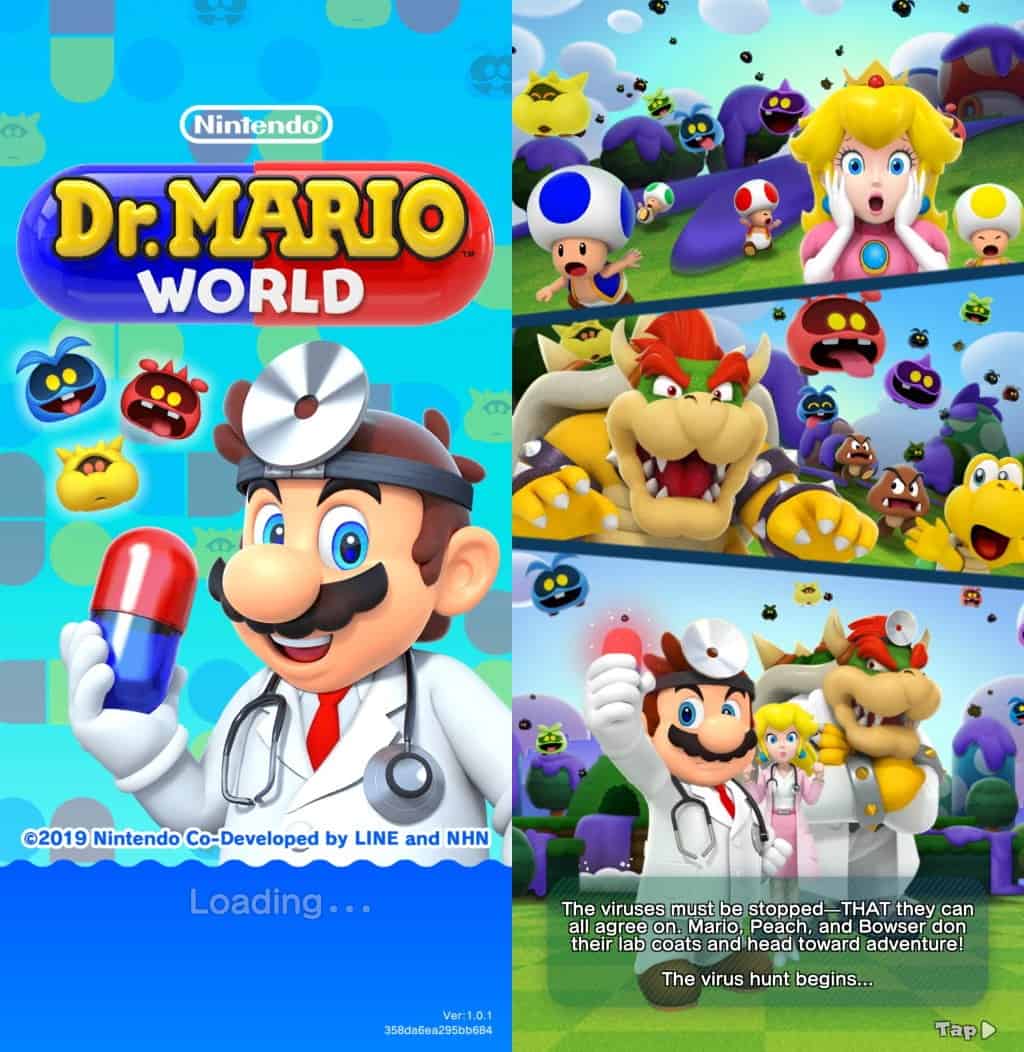 Dr. Mario World is an action puzzle game that modifies the concept of the original Dr. Mario game in some key aspects. The main objective of the game is to destroy viruses using capsules; this works similarly to Tetris.

Unlike in Dr. Mario, gameplay has been turned 180 degrees. Viruses are at the top and capsules are pushed from the bottom to the top; Nintendo did not reveal why it made the decision but the bottom approach improves the handling and one-hand usage.

Players have a limited number of capsules in a level. They may rotate the capsules and push them towards to the viruses. Capsules can be rotated even when they are already on their way and you may also move them to the left or right.

The first levels act as an introduction to main game concepts. Nintendo introduces different viruses and other elements such as blocks that players need to take into account.

Regular capsules are split into two parts that may have different colors. Viruses are removed when capsules are connected to viruses of the same color provided that the linked structure has a size of at least three vertically or horizontally.

New game elements are introduced regularly, e.g. Koopa shells that remove viruses when it hits them, bombs that destroy anything around them, bottles that fill up the character’s skill meter, or rainbow capsules that act as wildcards. Once you reach level 10 you may select a different doctor to play. You start the game playing Mario but may switch to Princess Peach or Bowser once you reach that level. Characters have different skills that may help you play the game.

Once you finish the first stage, you get to choose your first assistant. Assistants add their own sets of unique skills to the game. The first that you may get, Goomba, adds 1% to the score.

The game world is divided into different areas, comparable to the stages in Super Mario World games. The “real” game begins in the second stage; it is here that your live limit is set so that you may run into a situation where you end up without any lives left. Lives are required to play levels and when you run out of them you either have to wait for them to fill up again or make a purchase.

Dr. Mario World supports in-game purchases to buy special items and the in-game currency diamonds. Diamonds are used to fill up hearts or continue playing a level when the game over sign appears.

You may also purchase characters. Purchases are not required to play the game but they certainly help speed things up or master difficult levels.

Please note that I this may change in later stages and levels, I did not make it this far yet, though.

Challenges and Versus Mode

Challenges are introduced in world 2 that add a time limit to levels. Unlike regular levels, challenge levels are quite difficult to beat because of the time limit and layout of the level.

Dr. Mario World supports a versus mode (hence the name). You may play against friends or random players from all around the world. Versus mode is a fast pace game mode in which you try to clear the level faster and build up skill to defeat the opposing player.

Versus mode is an independent game mode that you can play all the time as it is not linked to the lives of the regular mode. Good to spend time playing the game if you run out of lives and don’t want to make a purchase.

Dr. Mario World is a well designed puzzle game for mobile devices. It features a single-player mode and versus mode, and should keep Mario and puzzle fans entertained for a while.

The game features in-game purchases but Nintendo made a wise decision not to push these forcefully in the game so that the game can be played without ever needing to make purchases.

Now You: What’s your take on Dr. Mario World? Did you play it?

Ghacks needs you. You can find out how to support us here (https://www.ghacks.net/support/) or support the site directly by becoming a Patreon (https://www.patreon.com/ghacks)). Thank you for being a Ghacks reader. The post Dr. Mario World by Nintendo for Android: first look appeared first on gHacks Technology News.