Mozilla plans to increase the number of content processes of Firefox’s multi-process architecture to four (from one) with the release of Firefox 54.

Tip: if you are new to the concept or want to find out more about it, read our extensive Firefox multi-process guide.

Firefox Stable users who run a multi-process Firefox copy right now, run it with one content process and one browser process. This system divides the browser’s core from the content — read websites, services and apps — that the user opens in the web browser.

This has been tested in Firefox Nightly for some time, and appears to be ready for rollout to the stable user base of the browser. You can check the number of content processes by opening the system’s Task Manager to see how many Firefox processes are listed there. 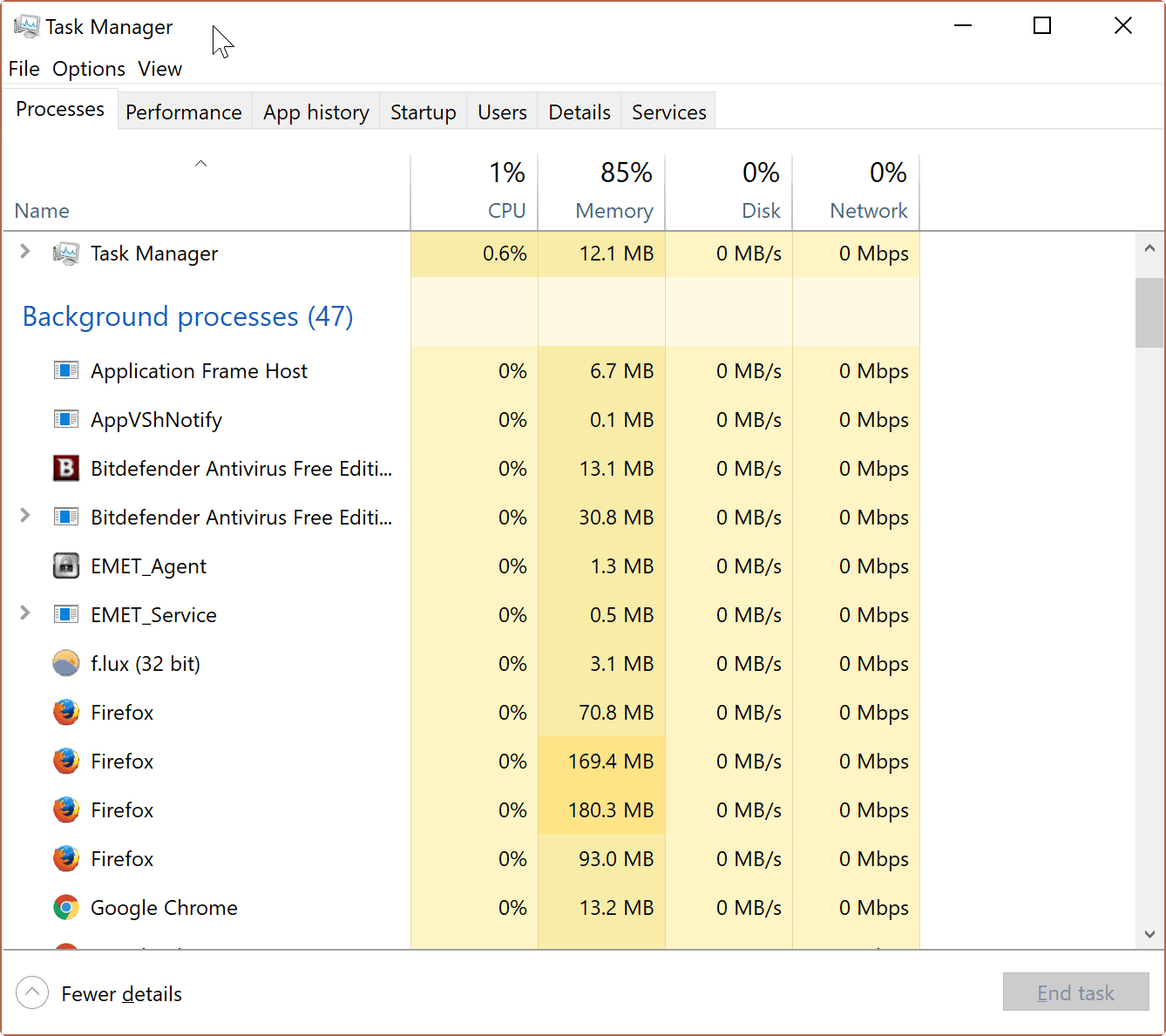 The target for the change is Firefox 54, but late minute issues may delay the change to Firefox 55. Mozilla plans to enable the four content processes of Firefox for 80% of the eligible population. The remaining 20% of users remain on one content process when the switch happens; a control group so to speak to monitor stability, performance and other metrics.

Tip: you can increase the number of Firefox content processes manually as well. This enables you to increase the limit, or decrease it. The latter may be useful to reduce the browser’s memory usage.

Some Firefox installations are still not eligible for Firefox’s multi-process architecture. This includes systems with accessibility tools or settings enabled. Multiple processes won’t be enabled for users with extensions either, regardless of whether those are legacy add-ons, or WebExtensions.

The latest test saw Firefox still using significantly less memory than Chrome on all tested desktop devices. On Windows devices, Chrome used up to 2.4 times the memory than Firefox.

One reason for that is that Chrome uses content processes for each site or service opened in the browser. Firefox would use significantly more memory if Mozilla were to enable the same system in the browser so that sites and services would all open up in their own content process.

Mozilla’s initial estimation was that multi-process Firefox would use about 20% more RAM than the non-multi-process browser.

Mozilla believes that it has found the sweet spot between the number of content processes for Firefox’s multi-process architecture and memory usage of the browser. Further optimization may change the number from four to a higher number in the future.

I ran a Firefox Nightly copy for months with four content processes, and the browser ran super stable in that time.

Now You: Have you tried Firefox with multiple content processes already? What’s your takeaway? (via Sören Hentzschel)