Firefox 55.0 breaks compatibility with older versions of the browser and Firefox ESR. Users who want to downgrade are advised to back up their profiles prior to installing the update.

Firefox Beta, Nightly and ESR versions are also updated on the day. Firefox Beta is moved to Firefox 56.0, Firefox Nightly to Firefox 57.0, and Firefox ESR to 52.3. 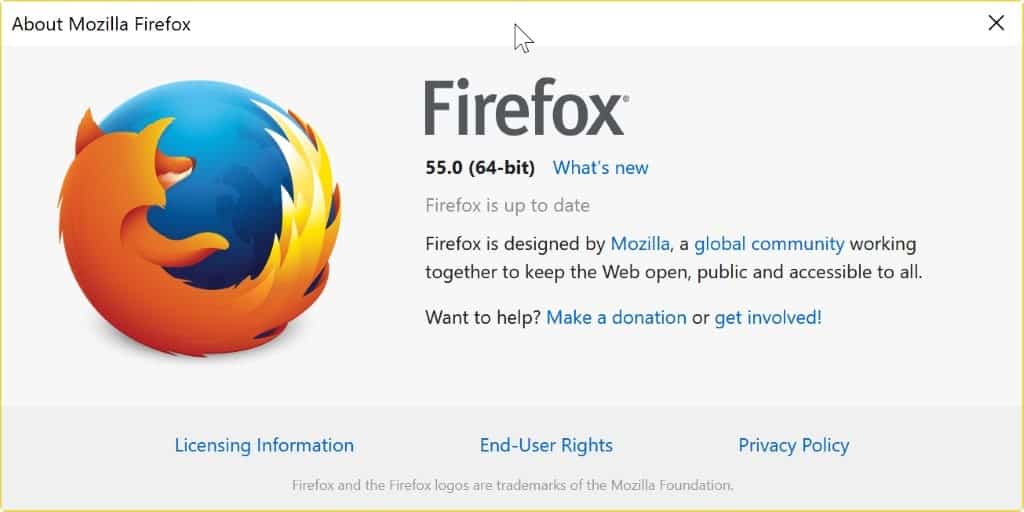 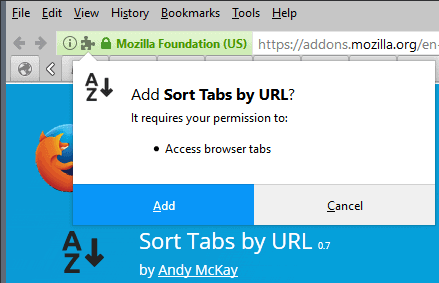 Firefox 55 ships with a permissions system for WebExtensions. These are displayed to the user during installation of a WebExtension in the web browser, and during updates if new permissions are requested.

Firefox lists the requested permissions, e.g. access browser tabs, and users may continue with the installation or update by selecting “add” or “update”, or cancel the process.

Mozilla set the Adobe Flash plugin to click-to-play by default, and decided to restrict Flash to http and https pages.

Mozilla notes that the change is rolled out gradually, and may not be visible immediately to all users. 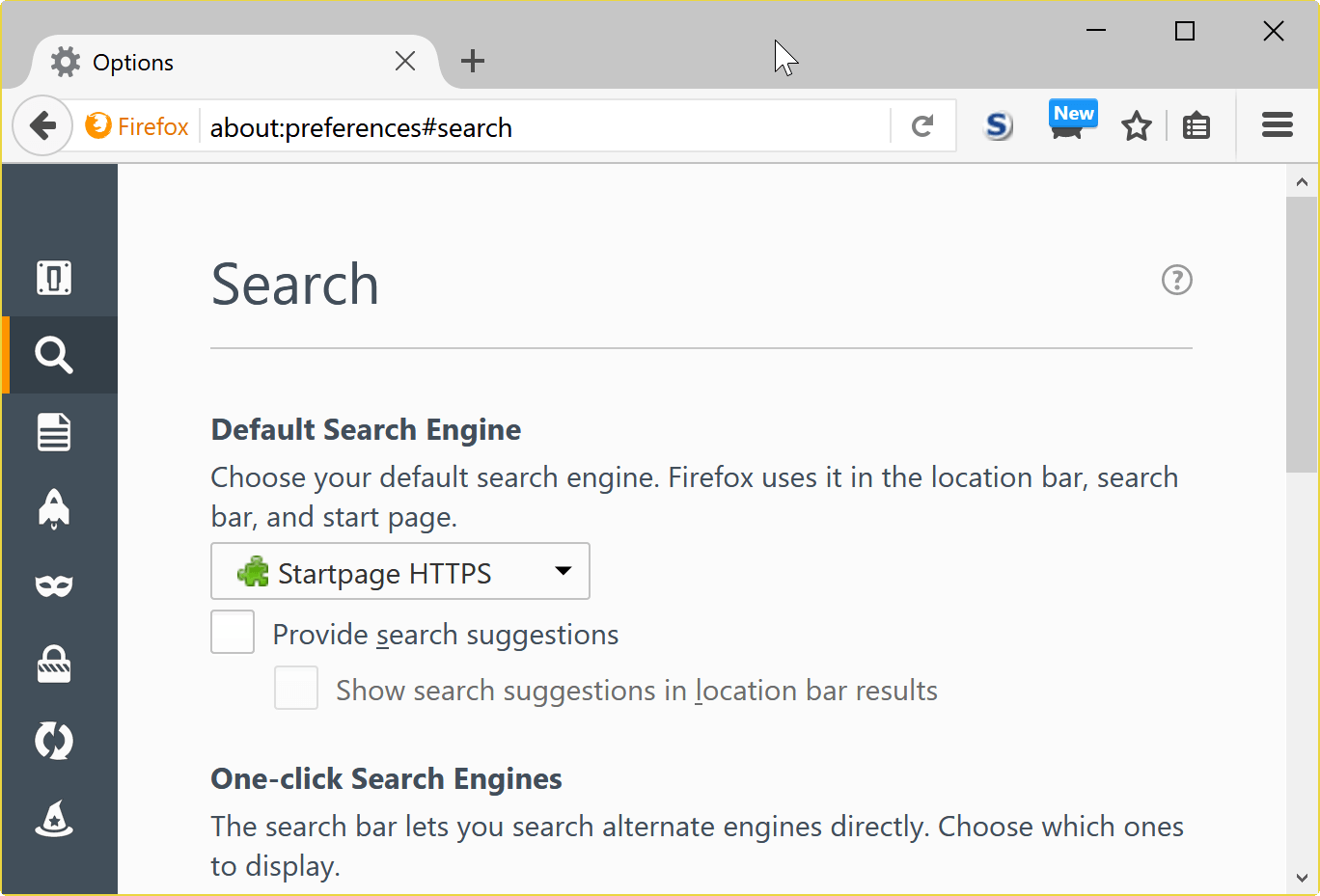 Search suggestions, those displayed in the Firefox address bar when a user starts to type, are now enabled for all users except those who have opted out.

Firefox users can manage search engines and suggestions by loading about:preferences#search in the browser’s address bar. 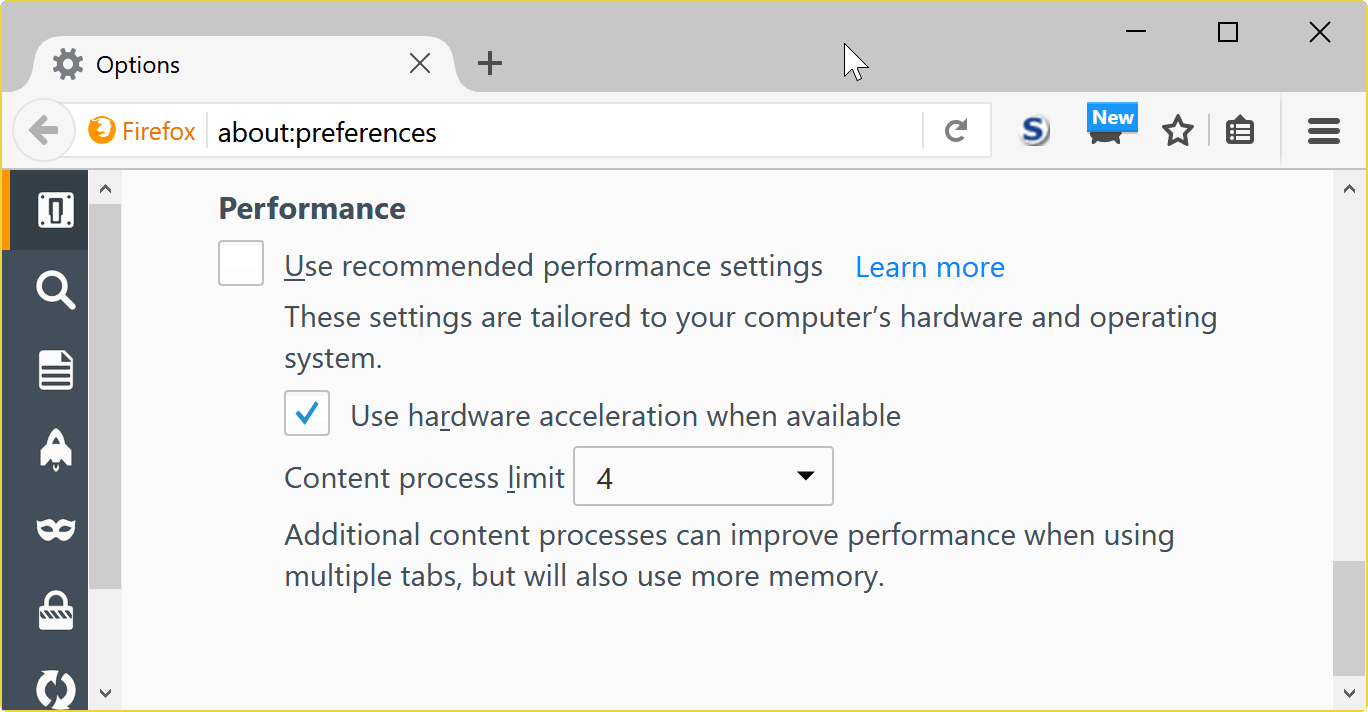 Firefox 55 ships with a new performance section in Settings. Firefox users may select to run the browser with the recommended performance settings, or customize the following performance-related options: 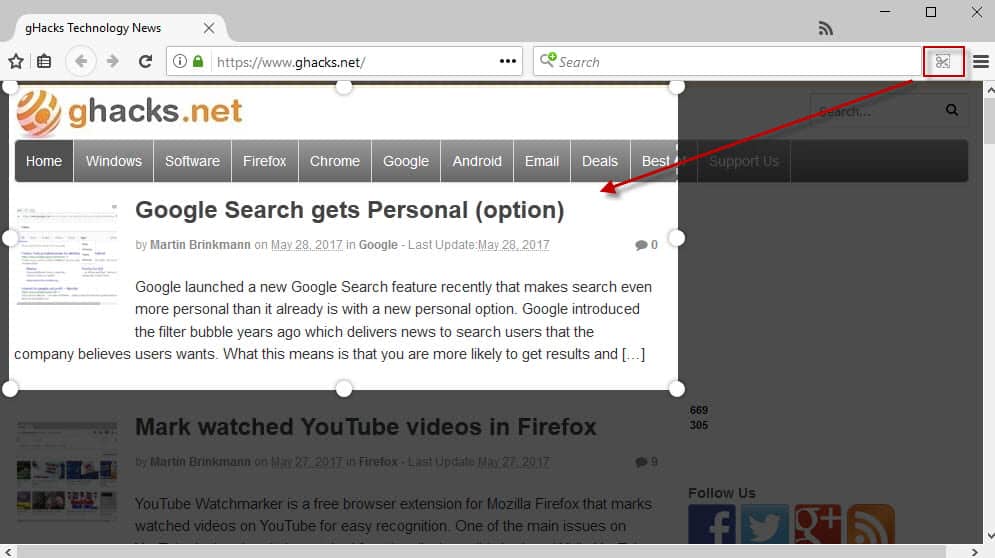 Firefox 55 users may notice a new screenshots icon in the Firefox main toolbar. This icon is not visible to all users at release, as Mozilla wants to run an A/B test first.

Those Firefox users who have it in their browser already may use it to capture a region of the web browser, or a page, and save it locally or online on https://screenshots.firefox.com/.

The following features are new or changed on Android (apart from those that were mentioned already for Firefox for the desktop):

Security changes are announced after the official release. We will update the review when Mozilla publishes them.

The post Firefox 55.0: find out what is new appeared first on gHacks Technology News.