Mozilla plans to integrate a new content blocking mode in Firefox 63 that will replace tracking protection as the native option in the browser to block certain content automatically. Tracking Protection won’t go away, however, as it makes up a part of the new content blocking functionality.

The organization revealed plans to improve tracking protection and to extend the functionality in mid 2018.

Starting with Firefox 63, out October 23, 2018, if the schedule holds, Firefox will include native content blocking functionality that extends the current Tracking Protection functionality of the browser. 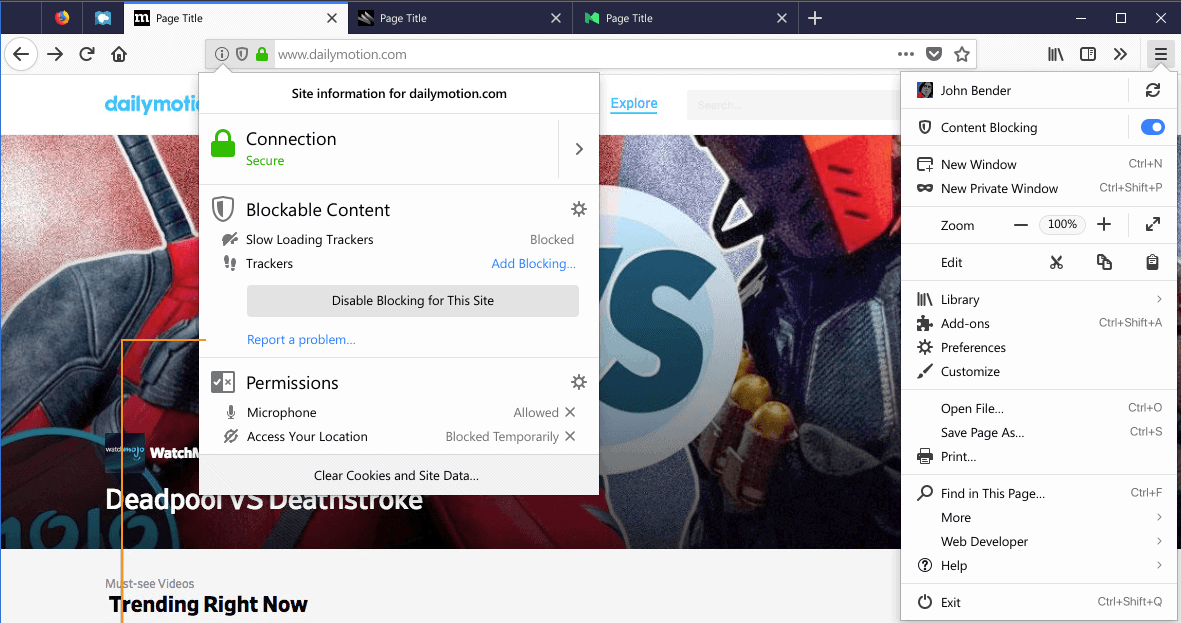 Firefox users get a new Content Blocking option right in the main browser menu and also in the site information panel.

It takes two clicks to enable or disable Content Blocking in Firefox. A click on the site information icon displays the new options as well.

There it is possible to disable the blocking for individual sites if blocking is enabled globally, and to manage the available blocking options. Here it is possible to turn the feature on or off, and to reset it to the default. More important than that are options to manage individual content blocking options and manage exceptions.

Firefox users may manage exceptions for the feature and change block lists as well. It is clear from the description that Firefox’s new content blocking functionality won’t integrate full ad-blocking into the browser just yet. While I think that this is a big oversight as it could attract users who use other browsers as their primary, it is still an option and could be added at a later point in time.

Improved content blocking is not the only feature related to user privacy that Mozilla is working on currently. The organization plans to run experiments to restrict or even remove third-party tracker access to cookies to limit tracking capabilities.

With Google adding basic ad-blocking capabilities into Chrome and some other companies, Opera and Microsoft for example, doing the same, it is a good sign that Mozilla will push Firefox’s capabilities in this regard as well.

Now You: what would you like to see integrated in Firefox? (via Sören)

Ghacks needs you. You can find out how to support us here or support the site directly by becoming a Patreon. Thank you for being a Ghacks reader. The post Firefox 63 with improved content blocking appeared first on gHacks Technology News.