Firefox 69.0 is a new stable version of the Firefox web browser; the official release date is September 3, 2019.

You can check out our Firefox 68.0 release overview here in case you missed it. 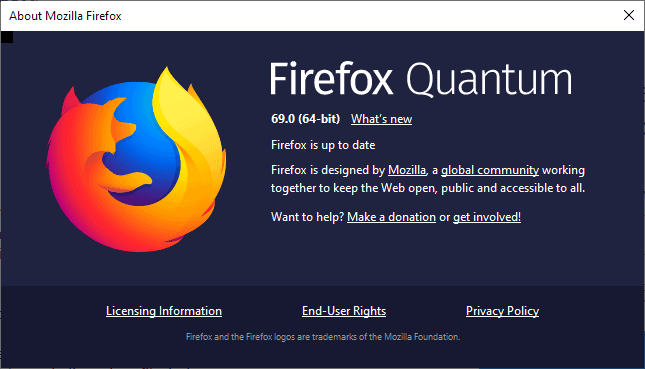 Downloads are made available on September 3, 2019 for the first time. Depending on when you are reading this, downloads may not yet be available via the browser’s automatic update feature or direct download.

Mozilla removed the “always activate” option for Flash Player content on the Internet. While it is still possible to play Flash content using Firefox, it is no longer possible to configure Firefox to load Flash content automatically on specific sites going forward.

Firefox won’t support the “remember this decision” option anymore when it comes to Flash content.

Firefox will drop support for Flash at the end of 2020 just like Google Chrome,Microsoft Edge, and many other browsers.

Enhanced Tracking Protection is turned on by default 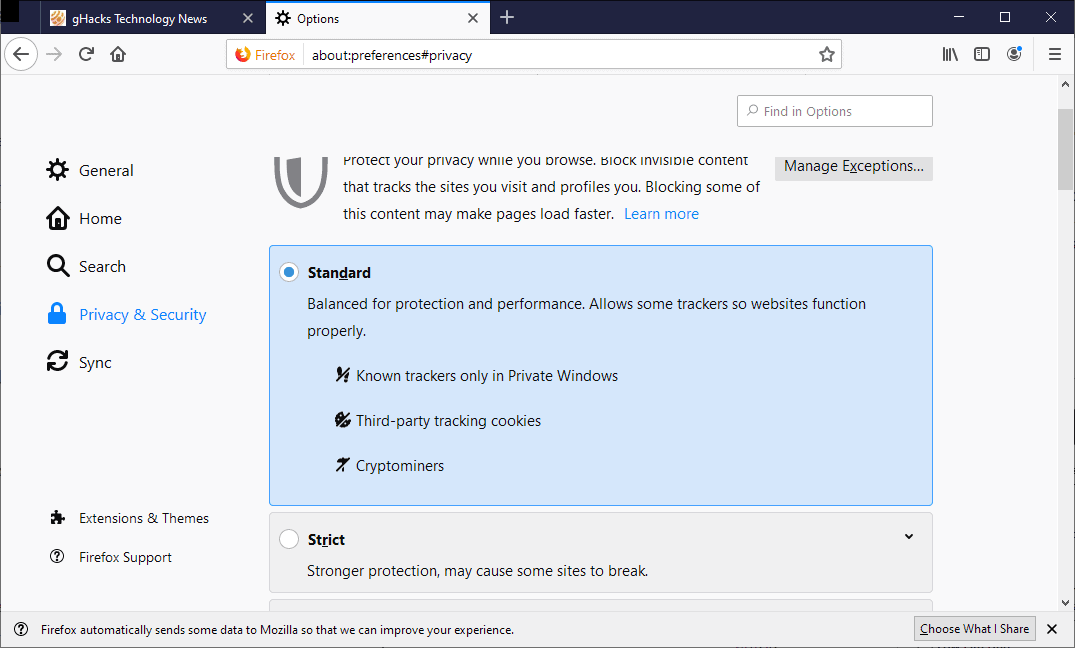 The stricter settings block fingerprinting next to that as well. Firefox’s option to block media from autoplaying received an improvement in Firefox 69.0 as well. The feature blocked autoplaying video only if it played sound previously.

Mozilla added new autoplay options to Firefox to block any kind of autoplay instead.

Firefox does not load userChrome.css or userContent.css anymore by default. Firefox users who use these customization files need to change a preference in the browser to restore the functionality.

Ghacks needs you. You can find out how to support us here (https://www.ghacks.net/support/) or support the site directly by becoming a Patreon (https://www.patreon.com/ghacks/). Thank you for being a Ghacks reader. The post Firefox 69.0 release information appeared first on gHacks Technology News.