Firefox ESR versions can only be upgraded to Firefox ESR 68.2 as the 60.x branch is no longer supported.

You can check out our Firefox 69.0 release overview in case you missed it. 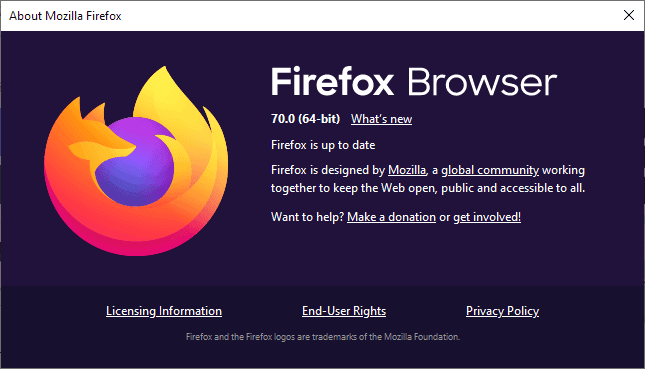 Updates are made available on October 22, 2019. We publish the release overview early usually to provide users with information prior to the release.

Once released, you may run a manual check for updates in Firefox by selecting Menu > Help > About Firefox. Firefox opens a new window that runs a check for update and either suggests to download and install it, or does to automatically. 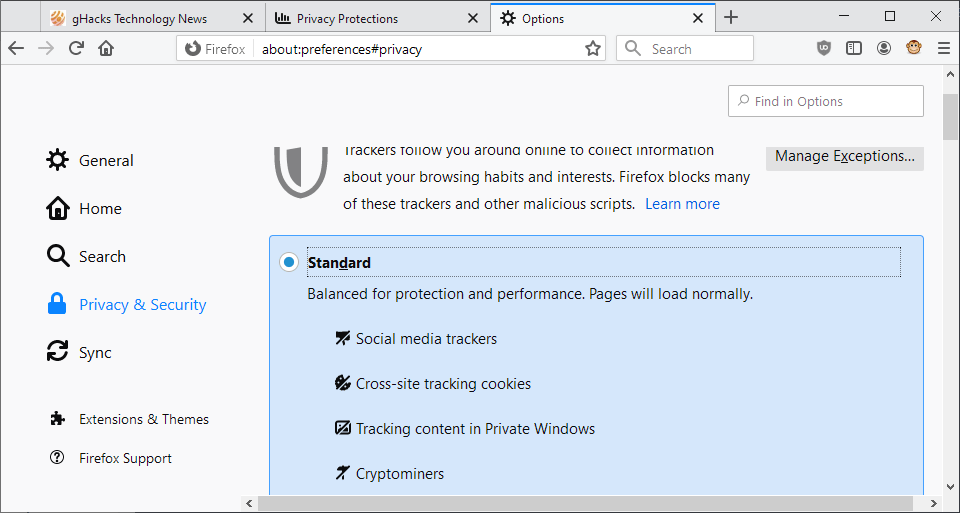 Mozilla improved the built-in tracking protection feature of the Firefox web browser once more in Firefox 70.0. The organization added the social media tracker blocking component to the standard setting making it a default in the new Firefox version.

Firefox users had to switch to strict or custom blocking in previous releases to enable the protection.

Tip: check the about:protections page of the Firefox web browser to look at protection statistics. 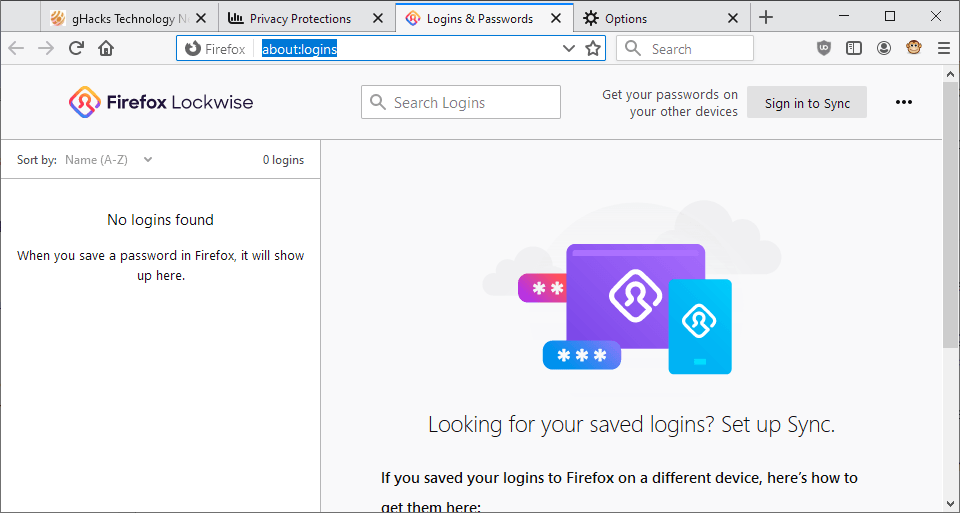 Firefox Lockwise is a password management solution that Mozilla launched some time ago; it is part of the Firefox web browser and can be opened at any time by loading about:logins in the browser’s address bar.

The desktop version of Lockwise supports synchronization and the creating, updating, and deleting of logins and passwords.

The new version supports integrated breach alerts powered by Firefox Monitor in the new release; this informs users about potentially compromised passwords so that users may react by changing passwords quickly.

Firefox users who don’t need the icon can remove it with a right-click on the icon and the selection of Remove from Toolbar from the context menu.

To add it back at a later time select Firefox Menu > Customize and drag & drop the Firefox Account icon to the toolbar again.

A What’s New icon is also available that highlights new releases and features.

Thank you for being a Ghacks reader. The post Firefox 70.0 release information appeared first on gHacks Technology News.