Tab Groups version 2 is a massive update for the highly popular Firefox add-on that filled the gap after Mozilla decided to pull the Tab Groups native feature from the web browser.

Tab Groups, formerly known under names such as Eye Candy or Panoramas, allowed users of Firefox to create group of tabs that they could switch between.

This improved tab manageability as only part of all open tabs were displayed visually in the browser window at the same time.

I never liked Tab Groups which can be mostly attributed to early versions of it that tended to forget about certain tab groups I created, and most Firefox users probably never heard of the feature as it was not really advertised in the browser UI. 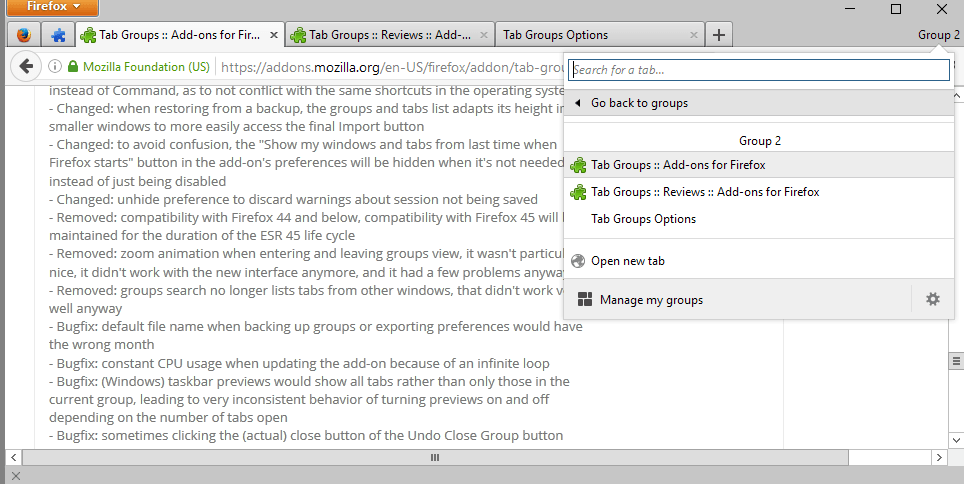 If you want to know more about the add-on, I suggest you check out my initial review of Tab Groups for Firefox. Tab Groups grew quickly and boasts more than 93,000 users and 220 user reviews with an average rating of 5/5 right now.

The author of the add-on released a massive update two days ago that introduces a truckload of new features.

So what is new in Tab Groups version 2?

Performance and stability has been improved in this version of Tab Groups on top of that, many things were changed as well. 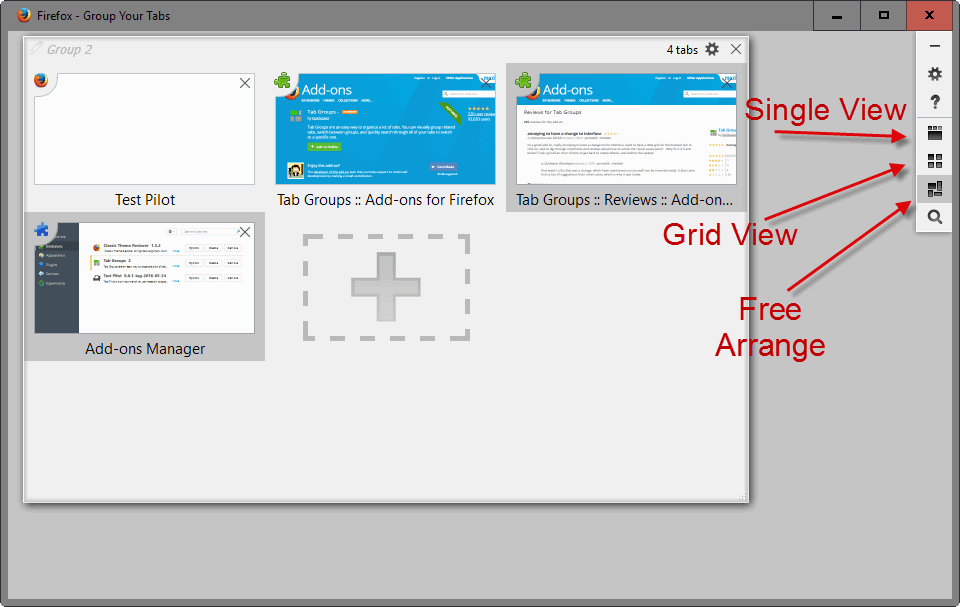 To name a few: improved memory consumption, rewrite of the search interface, better support for high definition screens, better representation of sites by thumbnails and a lot more.

The author has been criticized heavily for some of the changes, like the different default view mode when viewing tab groups. The criticism is largely unjustified though as features like free arrange are still available.

Another thing the author has been criticized for is a one-time support message displayed on the tab management screen. I think this is perfectly acceptable considering that requests for support are largely ignored on Mozilla’s website and that many users are probably unaware that such an option exist in the first place.

Tab Groups version 2 is an important update that changes some things around but makes most of it better once you realize that the majority of options that existed in the previous version of the add-on are still there.

Now You: Do you use a browser extension like Tab Groups? What’s your take on the changes?