Firefox Focus: the privacy browser, is a free mobile browser for iOS devices by Mozilla designed to protect user privacy while browsing the web.

The app “improves the privacy and performance” of a user’s mobile browsing experience by “blocking analytics, social, and advertising trackers” according to the product description on Apple’s iTunes website. It furthermore enables you to erase the browsing history, passwords and cookies easily.

A content blocker by Mozilla, makers of Firefox and known proponents of user rights and privacy? That’s got to be good, right?

What you may not expect from the app, especially since it is designed to block analytic trackers, is that it is collecting data itself, and transfers the data it collects to third-party company Adjust. 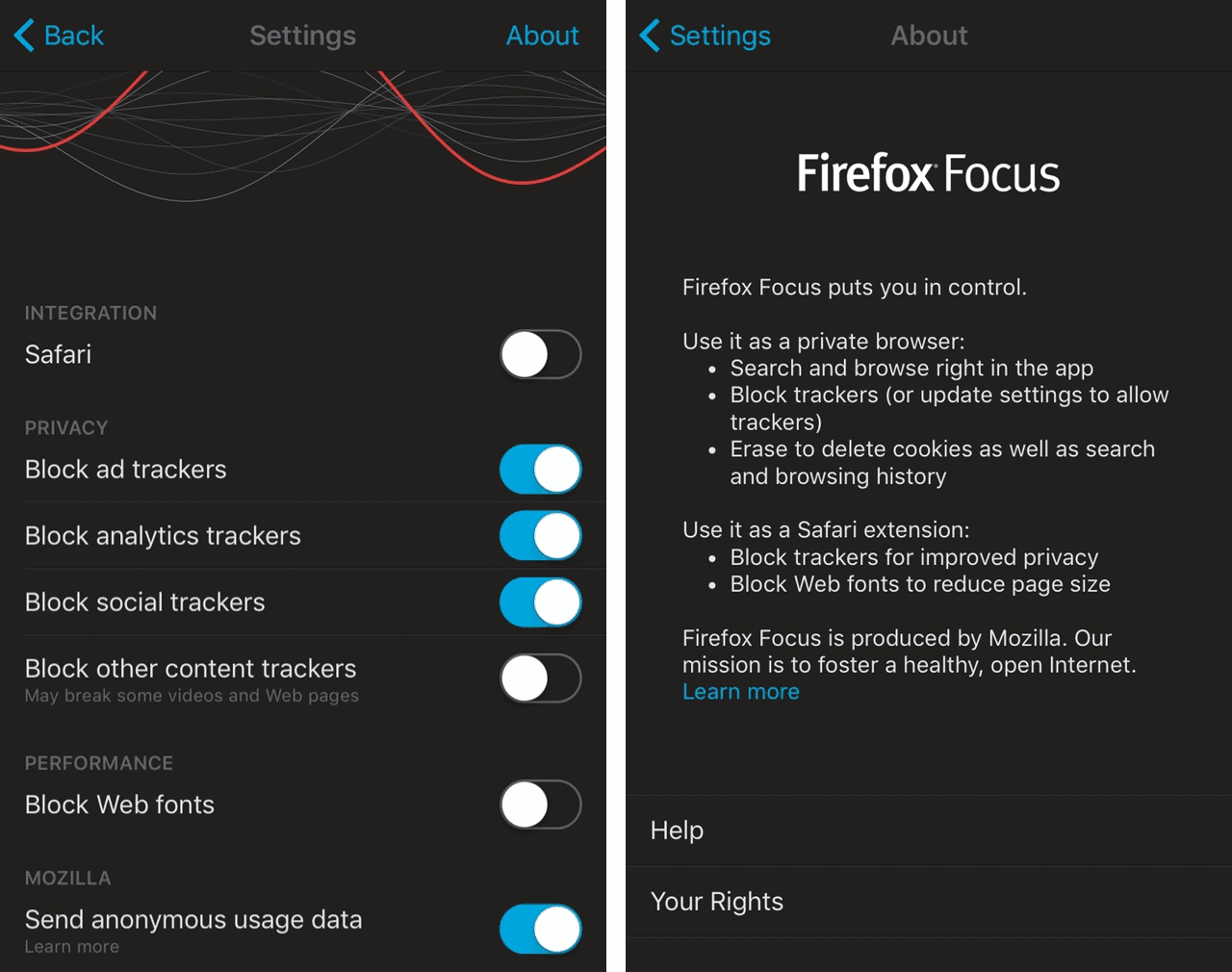 Mozilla unveiled Firefox Focus back in November 2016. The organization introduced the mobile browser in the following way:

Today, we’re pleased to announce the launch of Firefox Focus – a free, fast and easy to use private browser for iOS.

Firefox Focus is set by default to block many of the trackers that follow you around the Web. You don’t need to change privacy or cookie settings. You can browse with peace of mind, feeling confident in the knowledge that you can instantly erase your sessions with a single tap – no menus needed.

If you open the settings of the application, you may stumble upon the opt-out preference “send anonymous usage data”. Telemetry collecting is not uncommon, even for organizations like Mozilla.

What you learn there is the following:

Adjust GMBH is a big data specialist known for tracking and analytics services.

According to the report, telemetry is not limited to what is listed above. The German newspaper article reveals that Firefox Focus collects browsing information, for instance server connections, and that data is sent to the third-party adjust, and not Mozilla.

Mozilla or adjust did not respond to inquiries according to Welchering. The journalists state that they did speak to Mozilla developers about the data tracking in Firefox Focus. These developers told the journalists that Mozilla is collecting the data to optimize the product.

Welchering notes in the article that anonymous and personally identifiable data is collected by Firefox Focus, and that adjust receives these identifiable bits of information.

You can turn off the anonymous data collecting of Firefox Focus by tapping on the settings icon, and flipping the switch next to “send anonymous usage data” to off.

The privacy focused browser and content blocker Firefox Focus is collecting and submitting telemetry data to adjust, a company that is big in the data collecting and analytics business.

Now You: What’s your take on this?