Mozilla updated the official Firefox roadmap entry on the organization’s Wiki website recently, highlighting major plans for the browser in 2016/2017.

The information highlight some of the features that Mozilla has in store for the next four stable versions of the Firefox browser (Firefox 48 to 51).

Foundation refers to improving the browser’s responsiveness, reliability and polish. Customization primarily to extending the Web Extension API, and Context Graph to a new recommendation engine Mozilla plans to deliver.

It needs to be noted that the roadmap does not highlight all new features or improvements of the next four or so Firefox releases. Instead, it highlights Mozilla’s focus and strategy for those next releases of the web browser. 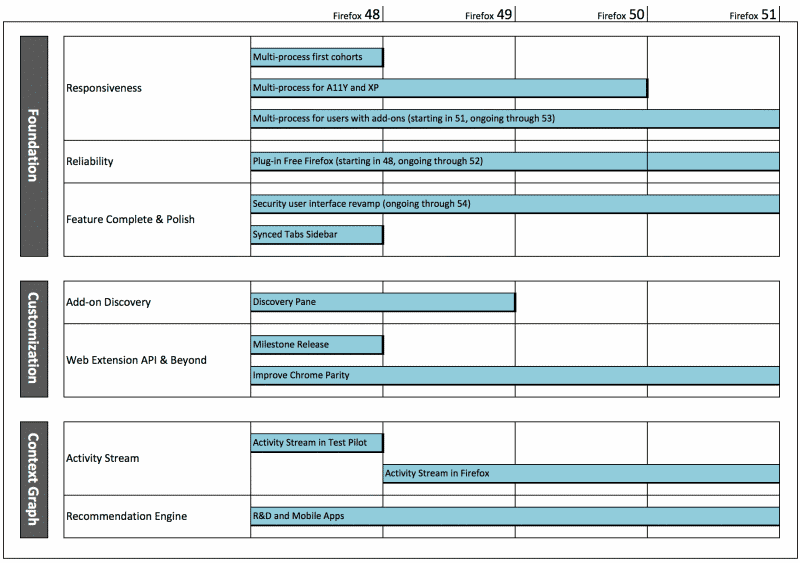 Features that were delayed several times, multi-process Firefox and add-on signing, will find their way into the stable version of Firefox.

Discovery and recommendations seem to be a strong focus going forward.

The following information lists Firefox versions and the new features Mozilla plans to integrate in them. Target milestones may change however so think of this as the earliest possible version shipping with the feature: 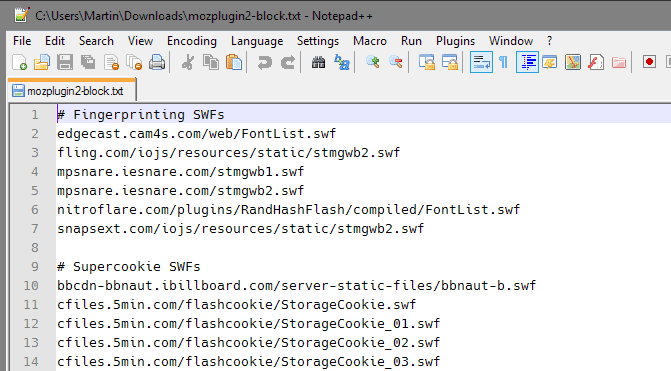 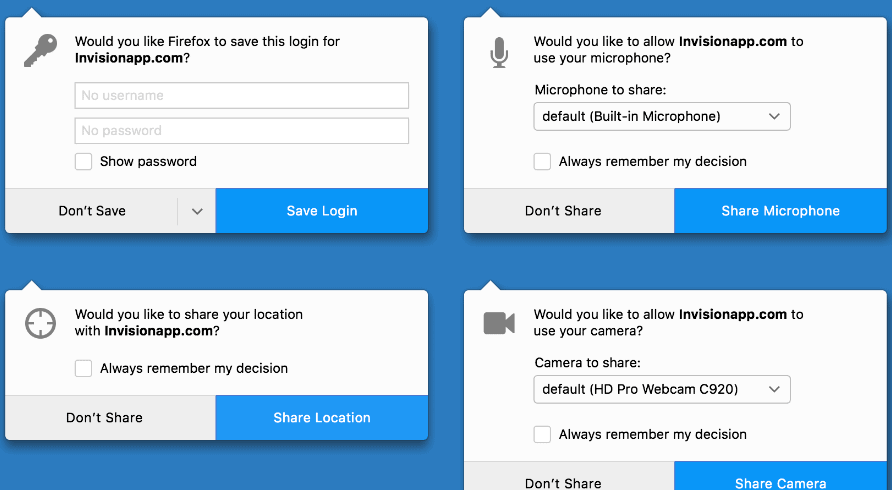 The roadmap offers a feature-focused overview that highlights some of the upcoming changes. It is somewhat surprising that privacy and security are not mentioned in the roadmap at all, considering that this is one of the stronger points of Firefox.

Now You: What’s your take on the roadmap?