One of the core components of the Firefox web browser is the integrated updating system. Designed to check for new updates regularly and download & install new updates automatically, it is a core component of the browser.

The researchers analyzed the source code of the components and used “various methods of penetration testing to assess the integrity of the infrastructure, web applications, and updater clients”. 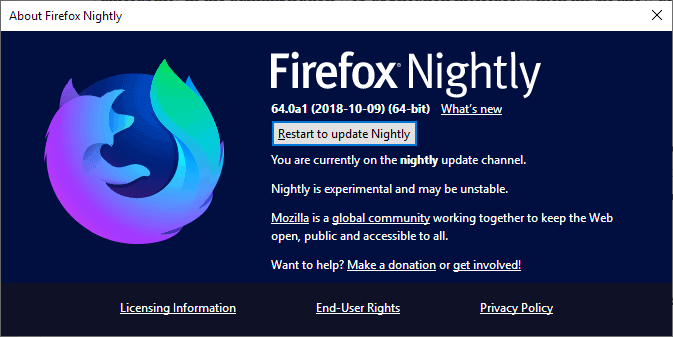 All vulnerabilities rated with a severity rating of high were found in the management console Balrog which is only accessible on Mozilla’s internal network.

The most serious vulnerability discovered was a Cross-Site Request Forgery (CSRF) vulnerability in the administration web application interface, which might allow attackers to trigger unintended administrative actions under certain conditions.

Other vulnerabilities identified were memory corruption issues, insecure handling of untrusted data, and stability issues (Denial of Service (DoS)).  Most of these issues were constrained by the requirement to bypass cryptographic signatures.

The three vulnerabilities rated high are:

Mozilla fixed some of the issues already and is working actively on fixing the remaining issues. The full auditt has been published on Google Drive. It contains detailed information about each of the detected vulnerabilities and further documentation.

A third-party security audit of Firefox’s updating components both in the client and on the backend concluded that security was good. No critical issues were found during the audit and all issues rated high were found in the administrative console only accessible on Mozilla’s internal network.

Ghacks needs you. You can find out how to support us here or support the site directly by becoming a Patreon. Thank you for being a Ghacks reader. The post Firefox Update security audit results published appeared first on gHacks Technology News.