If you use Chromecast, a Google’s device to stream content to displays, e.g. to stream a video from your PC to your television, you may have noticed that Firefox is not officially supported.

Google added native Chromecast support to the company’s Google Chrome browser to cast content, e.g. a browser tab to a connected display. It was necessary to install a Chromecast extension in Chrome previously to do so, but that is no longer the case.

Firefox users who own Chromecast devices could not integrate the device in the browser up until now; this changes with the initial release of fx_cast, an open source browser extension for Firefox that implements the Chrome Sender API in Firefox. 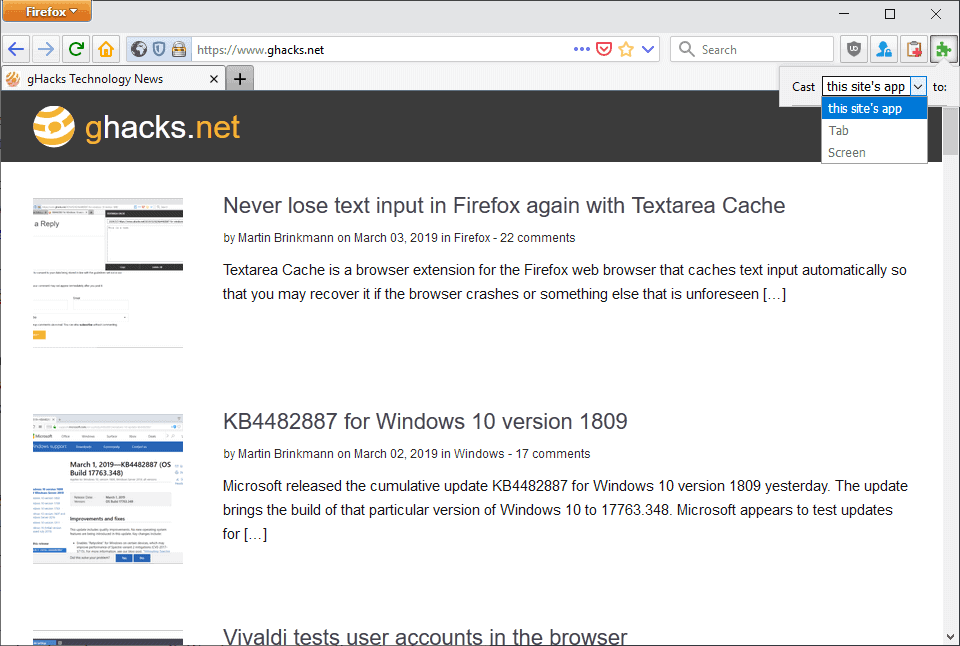 Installation is straightforward. The very first thing you may want to do is install the Firefox extension. You find it under releases on the official project website.

Note: the release is listed as beta and the developer states explicitly that you should expect bugs and that site compatibility is limited at this point in time.

Just click on the “xpi” file and follow the installation dialog to install the extension in Firefox. Mac OS X and Linux users find the Bridge app listed under releases as well. Windows users have the option to compile the binary from source or wait until the developer releases a Windows binary to the public.

Use the new cast button in Firefox’s interface once everything is set up, and the Chromecast installed properly as well.  Another option that you have is to use the cast option in the context menu or the cast button that some services display natively.

The interface displays the connected Chromecast devices and the cast menu to select what to cast to a device that is connected. 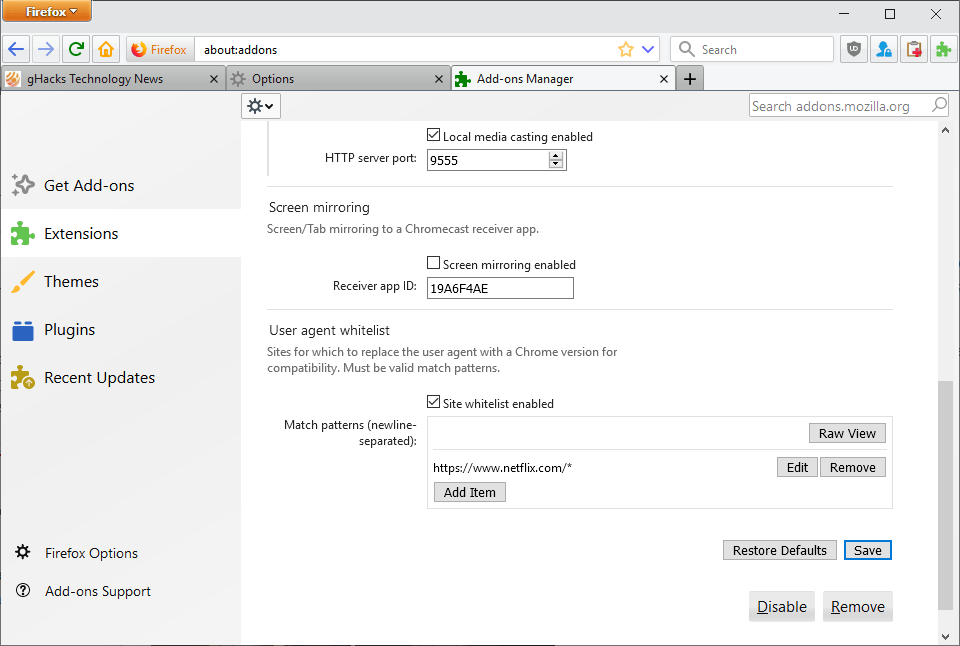 The settings displays a good range of options already. You may change the HTTP server port, enable screen mirroring, or change receiver options in regards to media casting.

The extension is in its early stages of development but it works surprisingly well on some sites. Most users may want to wait until the developer releases a stable build (and Windows binary) before they give it a try though.

Now You: Do you use devices to cast streams or content?

Ghacks needs you. You can find out how to support us here or support the site directly by becoming a Patreon. Thank you for being a Ghacks reader. The post fx_cast brings Chromecast streaming to Firefox (early look) appeared first on gHacks Technology News.