Most online gaming platforms run sales on Black Friday. While Valve’s Steam platform is probably the biggest for PC, it is not the only one. Gog.com, best known for its assortment of classic DRM-free games has a Black Friday sale of its own. Over 2000 games for PC, Linux or Mac OS X are discounted on the platform currently.

While you won’t find the majority of recent major game releases on the platform, you will find a good selection of classic games and some major titles thrown into the mix. 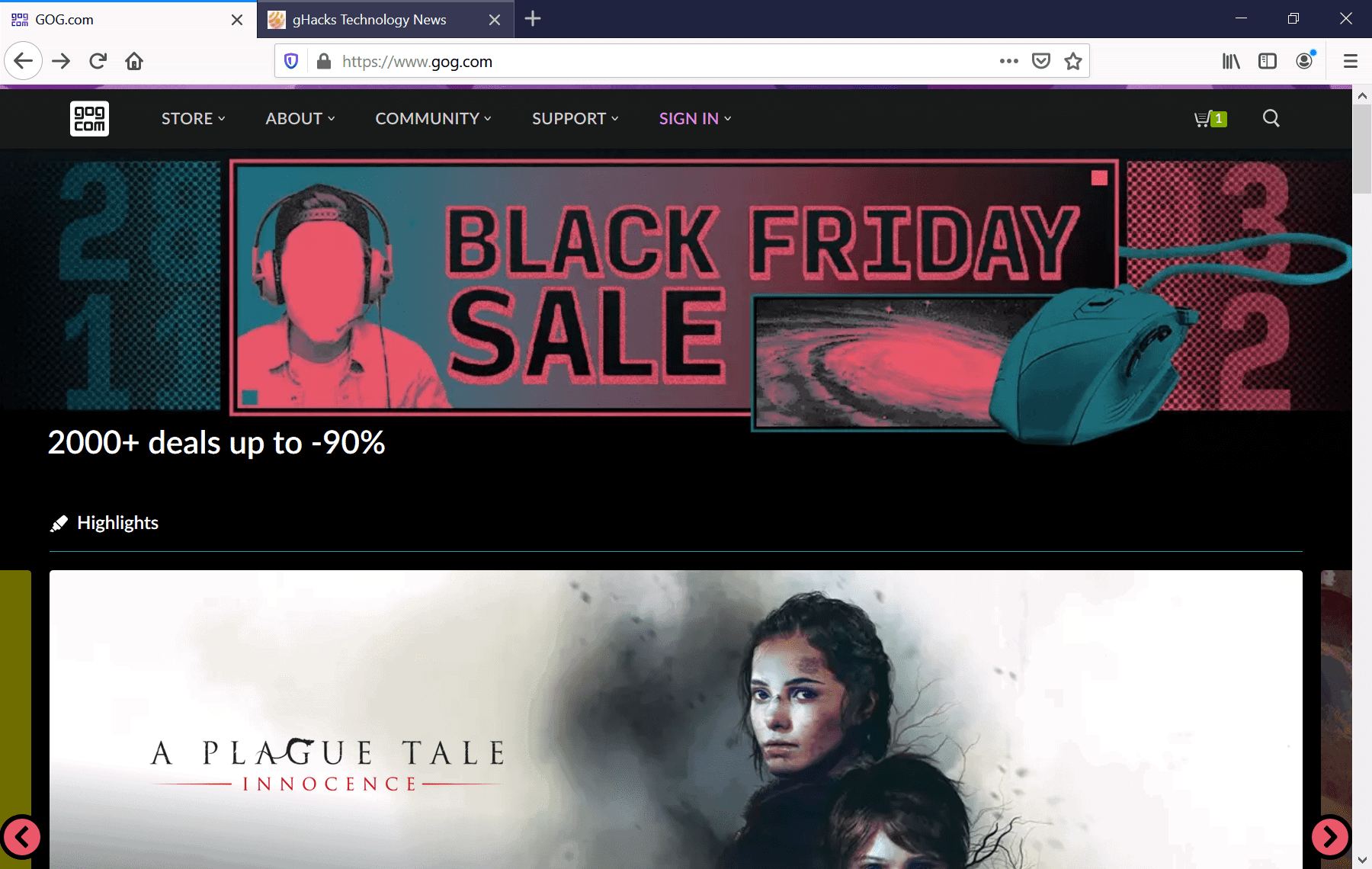 As always, I scanned the discounted games to present you with a list of games that I think are great and even better for the discounted price they are available currently.

Gog users don’t need to download and use the Gog Galaxy client as it is completely optional. The software supports a number of useful features, including the ability to manage and start games on other platforms.

Gog is an excellent platform, especially if you want to play classic games but also for users who prefer DRM-free games that they can run regardless of whether the service they purchased the game on is still available.

Now You: Do you play games? Any games you can recommend that are not Triple-A titles?

Thank you for being a Ghacks reader. The post Gog.com Black Friday Sale has started appeared first on gHacks Technology News.