Devices like Google Home, Google Assistant or Amazon’s Alexa have risen in popularity in recent years. Their main purpose is to make life easier for people, by answering questions or controlling certain functionality such as music playback.

The devices are powered by activation phrases. Google customers need to say “Okay Google” to activate the device and communicate with it. A customer could ask for the local weather for the day or about traffic, and the device would provide the answer to that if the question is understood accurately.

Opponents of these devices have privacy concerns, some claim that people put spying devices into their homes and workplaces when they set up these smart voice powered devices. 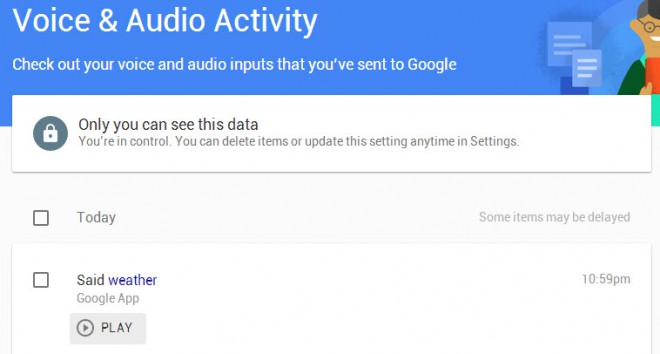 A recent report by Belgian TV station VRT NWS confirms some of these concerns, at least to a degree.  According to the report, anything that is said while the devices are activat is recorded and stored by the company. Even worse from a privacy point of view, some employees listen to some of the conversations to train the algorithm.

VRT NWS reporters spoke to one of Google’s subcontractors who showed the reporters the system. According to the report, Google has thousands of people worldwide listening to audio excerpts; in Flanders and Holland alone about a dozen people.

The subcontractor revealed that the system is used to train the algorithm so that it better understands the “subtle differences and characteristics of the Dutch language”, and that the same is true for other listening operations and languages in other regions.

Speech recognition creates a transcript of recordings automatically and one of the main tasks of employees working on this is to listen to the conversations and make sure that the transcript is accurate.

Google attempts to anonymous the data before it is made available to employees but automated anonymization is never 100% accurate. While Google removes names of users and other identifying information, it is not changing the recording itself. Users who reveal personal and private information when they speak to the device have that recorded. The employees see the transcript and listen to the conversation, and that may lead to the uncovering of identities.

The team of reporters listened to more than a thousand excerpts including more than 150 that were recorded even though the activation word was not given clearly. Devices are programmed with a certain level of tolerance to make sure that activation words are recognized even if the phrase is not pronounced clearly. Downside to this is that conversations may be recorded even if the participants never wanted to communicate with the smart device.

A Google statement about the incident confirms that the company is reviewing “around 0.2% of all recordings”.

How many smart voice activation device owners know that what they say is recorded by the company that produces these devices? How many know that “real” people may listen to their conversations, and would that change how they interact with these devices or even make them stop using them at all?

Now You: do you own or use Smart voice activated devices?

Ghacks needs you. You can find out how to support us here (https://www.ghacks.net/support/) or support the site directly by becoming a Patreon (https://www.patreon.com/ghacks)). Thank you for being a Ghacks reader. The post Google is recording and listening to customer voice interactions appeared first on gHacks Technology News.