The new version of Firefox will be released via the web browser’s automatic updating system and the official Mozilla website.

Update: Firefox 69.0.1 is now available. One moderate security issue was fixed in the release. 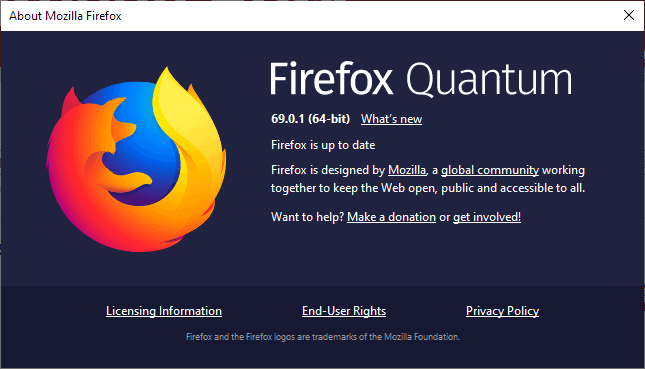 Firefox 69.0.1 is a bug fix and security release. Mozilla fixed the following five issues in the new Firefox version:

Firefox 69.0.1 is a security release. Mozilla has not published security related information yet and it is unclear if one or multiple vulnerabilities are patched in the new version at this point in time because of that.

Ghacks needs you. You can find out how to support us here (https://www.ghacks.net/support/) or support the site directly by becoming a Patreon (https://www.patreon.com/ghacks/). Thank you for being a Ghacks reader. The post Here is what is new in Firefox 69.0.1 Stable appeared first on gHacks Technology News.