The free media player mpv is an incredible program despite its simple interface. The one thing it may appear to lack is customization when you look over what it has to offer only casually.

It doesn’t have  a settings screen but you can customize the settings in mpv. Doing so requires editing so-called CONF files that mpv uses; CONF stands for configuration obviously.

How to customize the settings in mpv 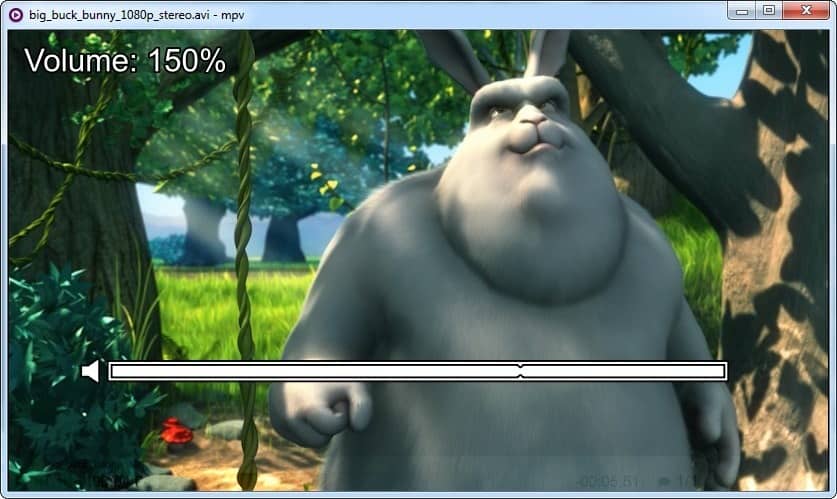 According to mpv’s documentation, the CONF file is stored in the “AppDataRoamingmpv”. But in case the folder is empty (like it was for me), you have to manually create a CONF file to begin customizing the settings. You don’t necessarily have to create it in that specific folder. There is a better alternative.

Go to the folder where your mpv.EXE is located. Create a new folder in it, and name it “portable_config” and place the file inside that folder. This is where mpv will read your settings from.

The next step is to make a new Settings file: you have to create it inside the “portable_config” folder. Use a text editor to create a new document and save it as “mpv.conf”. Congratulations, you can now begin tweaking mpv. To make sure this works let’s run a simple test.

By default mpv starts at 100% volume, but you can increase it to 130% (by using the 0 key). Let’s set the volume and max volume parameters in the mpv.conf file. Paste the following in to the new CONF file and save it.

Now, run mpv and use the zero key to set the max volume, if it goes all the way to 150, you did it right. Similarly, you can add a ton of options to make the player run the way you want it to. 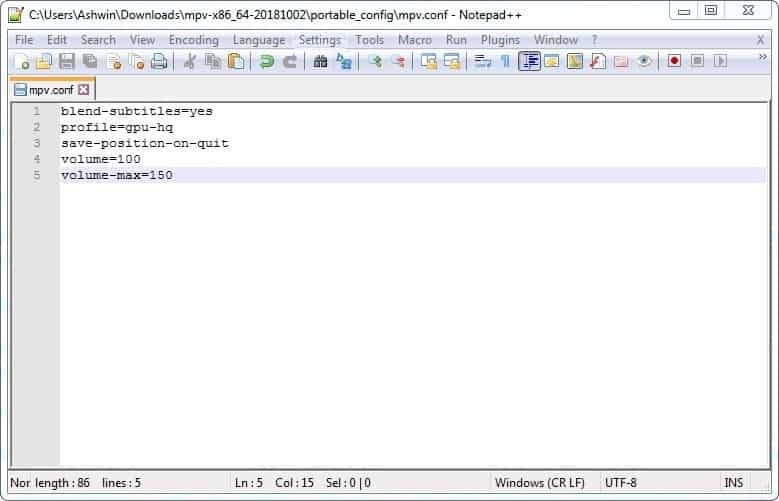 How to make mpv remember the last played position

This is one feature which many people may miss coming from VLC or SMPlayer, or any other player which supports it. What people may not know is that mpv does support it, though by default it only remembers the last played position when you manually quit the player using the shortcut “Shift + Q”. That’s not convenient, especially if you forget to use it.

Fortunately, this can be resolved with a switch that you can add to the CONF file. To do so, paste the following command in it and save the file.

This will save the resume playback data in a sub-folder (inside the portable_config folder) called “watch_later”. You don’t need to create that though as it is automatically done when you add the switch and play any video.

I recommend going through mpv’s sample conf file to further tweak the player. There are tons of options to choose from. Remember, some of these options have values which you can set (for e.g. volume-max=150, you can set it up to 1000), some are switches (yes/no, e.g. fullscreen=yes), while other options merely have to be included in the CONF file (e.g. save on quit). If something doesn’t work, make sure you used the correct syntax and try again. It isn’t a bad idea to back up the CONF before adding something new in it.

Tip: If you’re tired of dragging and dropping a video to mpv, set it as the default video player, or right-click and select open in mpv. This may seem like a no-brainer, but given the lack of a context menu in the program, this is one of the first things you should do.

If you don’t like doing all these, try mpv.net, which is a front-end for this amazing media player.

Ghacks needs you. You can find out how to support us here (https://www.ghacks.net/support/) or support the site directly by becoming a Patreon (https://www.patreon.com/ghacks)). Thank you for being a Ghacks reader. The post How to customize the settings in mpv appeared first on gHacks Technology News.