Adobe will retire Flash in late 2020 and all major browser makers announced that they would end support for Flash in 2020 in the browsers as well.

Mozilla will set Flash to disabled in Firefox 69 by default, and Google made Flash usage in Chrome more annoying with the release of Chrome 76.

Some web browsers, Pale Moon being one of them, will retain support for NPAPI plugins and thus Adobe Flash even after support ends officially.

End of support has no effect on available Flash content on the Internet, at least not initially. Adobe Shockwave SWF files may be part of distributions or may have been downloaded from the Internet, and if you have Flash files on your system, you may want to continue using these files even after the retiring of Flash.

SWF was a popular format for interactive tutorials and learning content in general, but also for gaming. SWF, which stands for Small Web File, is sometimes also called Shockwave Flash file.

When you try to play the SWF file on your desktop PC, you may notice that it is not that easy anymore. Most web browsers disallow the dragging and dropping of such files into their interface for playback; those that allow it right now (in mid 2019) will stop allowing it once Flash support runs out.

One example: when you drag a swf file onto the Chrome interface you get a download prompt and the Flash file is not played.

Since web browsers will stop supporting Flash and SWF files anyway, it is necessary to look elsewhere to find a reliable option that will work after 2020. One of the better options is the freeware SWF File Player. 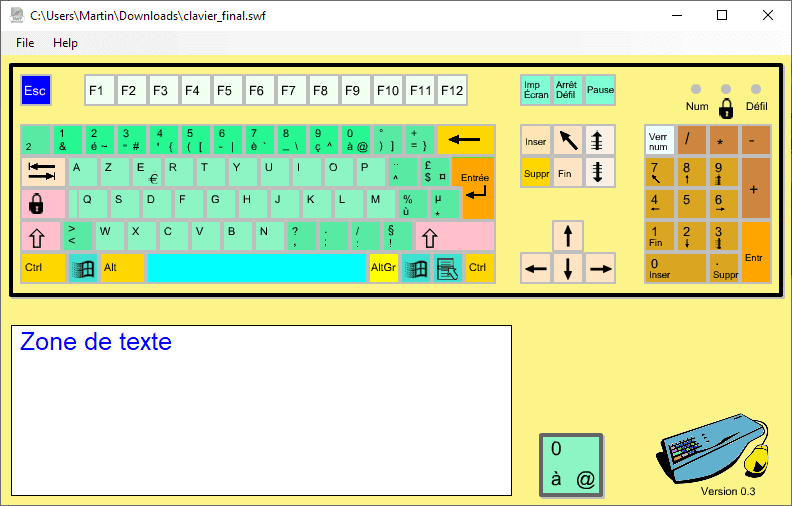 SWF File Player is available on the project website. The program is freeware, and it requires the .NET Framework and Shockwave Flash Object.

Just install the application on the Windows system to get started. The program displays a blank interface on start and you need to use File > Open to load SWF files. Both compressed and uncompressed SWF files are supported.

SWF File Player parses the header of the file and fills out information on the screen. Hit the play button to start playback. If it is a game, you can start playing, and if is an app, you can start using it right away.

Note that you may run into issues if a SWF file needs to download content from the Internet, as it depends on the availability of the server. It should work if the server is still up. Use F11 to toggle full screen mode.

Gamers may also want to check out the Flash Games Preservation project Flashpoint as an alternative. The project collects Flash games from all over the Internet to preserve them; you may download a program from the project website to download and play these preserved Flash games directly in the program’s interface. The project limits the preservation to games, however.

Now you: do you still use Flash?

Ghacks needs you. You can find out how to support us here (https://www.ghacks.net/support/) or support the site directly by becoming a Patreon (https://www.patreon.com/ghacks)). Thank you for being a Ghacks reader. The post How to load SWF files on the desktop appeared first on gHacks Technology News.