The introduction of the new Taskbar in Windows 7 changed how (many) Windows users loaded applications on their devices.

The ability to pin programs (and other things) directly to the taskbar allowed them to bypass the Start Menu entirely when they wanted to launch these programs. While Windows offered an option to do so pre-Windows 7, by placing shortcuts on the desktop, it was the Start Menu that was used by many for that.

The Start Menu is still useful, even in Windows 10 as it offers access to all installed programs and other features. Some users prefer to install Start Menu replacements, a group of programs that came to prominence shortly after the release of Windows 8. Programs like Classic Shell (no longer in development), Classic Start, or Start10 all re-introduced classic reinterpretations of the Start Menu. 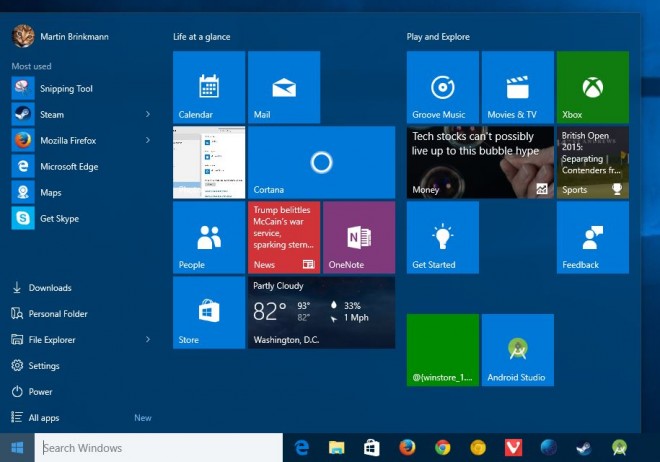 Starting a single application from Start is probably what most users do most of the time when they use the Start Menu. But what if you want to start multiple programs or tools from the Start Menu?

Note: Holding down the Windows-key does not work on Windows 7 to keep the Start Menu open while you select applications or tools to start. I did not test this on a Windows 8.1 machine.

So, if you want to start multiple programs or tools from the Start Menu, just remember to hold down the Windows-key to do just that. (via Win Aero)

Ghacks needs you. You can find out how to support us here or support the site directly by becoming a Patreon. Thank you for being a Ghacks reader. The post How to open multiple Windows Start Menu apps in one go appeared first on gHacks Technology News.