Microsoft announced earlier this month that it would start to show end of support notifications on devices running the company’s Windows 7 operating system.

Windows 7 support ends in January 2020 for consumer versions of the operating system. Enterprise customers may extend support by up to three years for a fee that doubles every year.

The update notifications are informative in nature; they won’t include actionable options, e.g. to upgrade the operating system to a version of Windows that is still supported according to Microsoft. Whether that remains so as the support end draws nearer is anyone’s guess.

Up until now we did not really know how Microsoft wanted to push these end of support notifications to Windows 7 devices.

Yesterday’s release of KB4493132 for Windows 7 changes that. The update is available through Windows Update and will be downloaded and installed on devices that have automatic updates enabled (which is the default status of Windows Update). 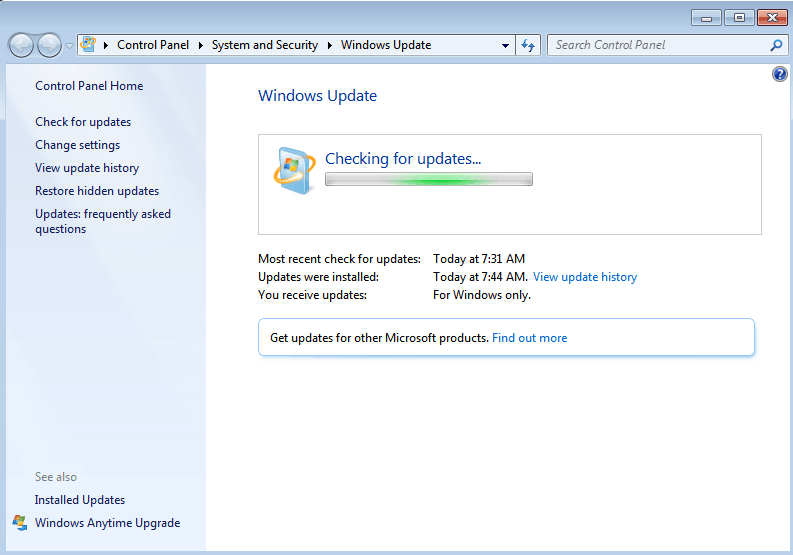 Windows 7 users and administrators who don’t want to see these prompts may block KB4493132 so that the update won’t be downloaded and installed on devices running the operating system.

One of the easier ways to go about it is to hide the update in Windows Update. How that is done depends on whether it is already installed or just displayed as an available update.

If it is listed but not installed yet, all you need to do is right-click on the update and select “Hide update” when the context menu is displayed. Hiding blocks the update from being installed automatically by Windows.

If the update is already installed, you can verify if that is the case by selecting “installed updates” in Windows Update, locating the update, and right-clicking on it to uninstall it. It gets picked up afterward again by Windows Update, and you need to use the hide option then to block its installation.

A quick check in a virtual machine did not list the update KB4493132 for installation on it yet despite it having all the latest patches installed. It is possible that Microsoft is rolling this out over time to all Windows 7 devices with automatic updates installed.

Now You: do you still run Windows 7? (via Ask Woody)

Ghacks needs you. You can find out how to support us here or support the site directly by becoming a Patreon. Thank you for being a Ghacks reader. The post If you don’t want end of support notifications on Windows 7, block KB4493132 appeared first on gHacks Technology News.