MaterialFox is a user-designed theme for Firefox that turns the Firefox web browser into a material-design inspired browser.

Firefox users have two main options when it comes to changing the default theme of the browser. Starting with Firefox 57 Stable and Firefox 60 ESR, the options are to install themes from the official Mozilla extensions website or to apply custom styles to the browser.

The option to install full themes that could change any part of the browser interface is no longer available as of Firefox 57 and Firefox 60 ESR. The best option to modify the Firefox interface is through the use of styles and CSS but it appears that it is not possible to upload these interface changes to Mozilla’s official repository.

Note: MaterialFox has been optimized for Firefox on Mac OS X. While you can install the theme on Windows or Linux devices, expect some quirks that the developer needs to iron out in future releases. 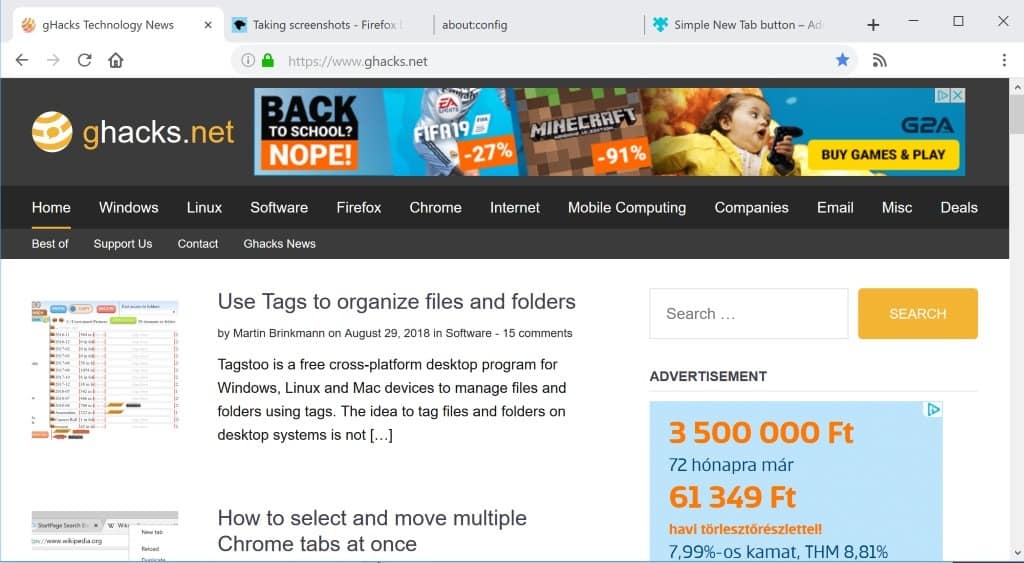 Installation of the theme is a bit more complicated than hitting the install button on the Mozilla website. While that is the case, it is the only option to make certain modifications in Firefox as themes can’t be used for that.

Here is how you install the theme in Firefox:

Firefox should open up in the new Material Design look. The theme styles the titlebar and browser toolbox only at this point in time. The developer may release new versions of the theme that style other browser areas such as the right-click context menu.

Now You: Do you use themes or modifications in Firefox or your browser?

Ghacks needs you. You can find out how to support us here or support the site directly by becoming a Patreon. Thank you for being a Ghacks reader. The post Install a Material Design inspired theme in Firefox appeared first on gHacks Technology News.