Microsoft did released updates for earlier versions of Windows 10 as well that are still supported in Enterprise and Education environments.

The two updates mentioned above are already available for administrators who run manual checks for updates and as direct downloads from the Microsoft Update Catalog website. Note that it may be necessary to install the Servicing Stack Update for the operating system first before installing these new updates. Consult the release notes linked below for details on the procedure. 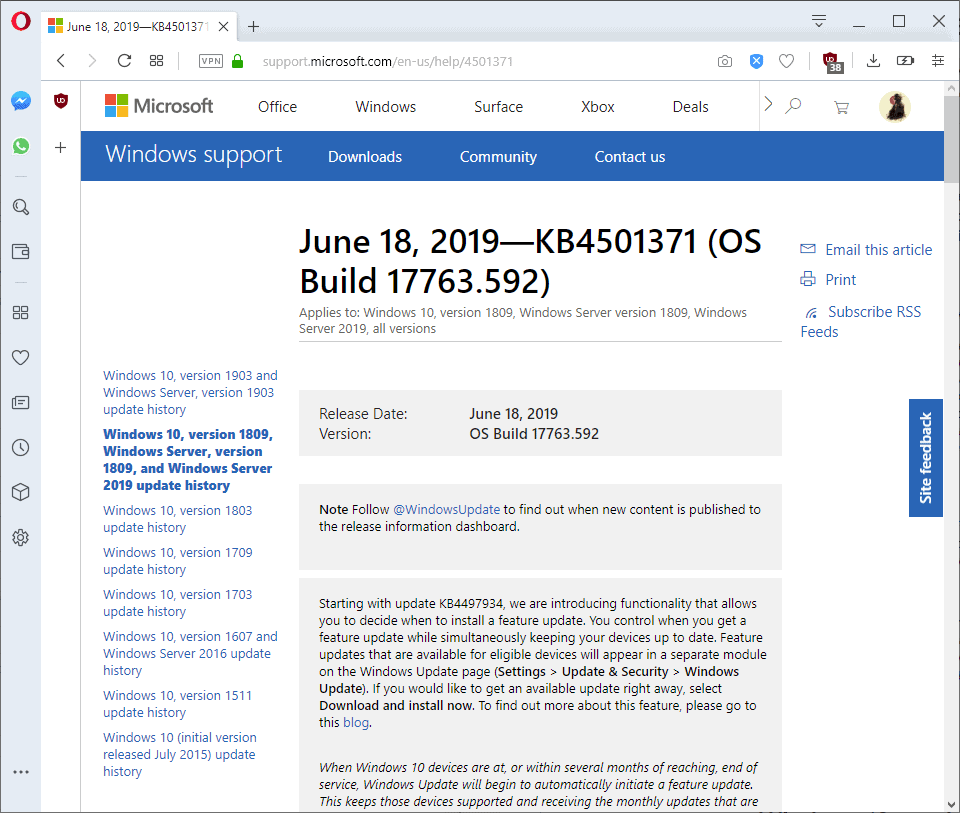 The update shares most of the fixes with KB4501371. It brings the build to 17134.858. Note that Microsoft will start enforcing a feature update on this version of Windows 10 at the end of June.

Here are the unique ones:

The update shares the issues with KB4501371 but is not affected by the East Asian language pack issue.

I suggest you wait with the update installation unless you are impacted by one of the issues mentioned in the release notes or want to test the update quality. If you decide to install the updates make sure you make a backup before you do so.

The updates fix some long standing known issues but there are still some that have not been fixed yet. (via Born)

Ghacks needs you. You can find out how to support us here (https://www.ghacks.net/support/) or support the site directly by becoming a Patreon (https://www.patreon.com/ghacks)). Thank you for being a Ghacks reader. The post KB4501371 and KB4503288 for Windows 10 version 1809 and 1803 released appeared first on gHacks Technology News.