The most recent development versions of the Chromium-based Microsoft Edge web browser comes with a new feature that uses media controls on Windows 10 devices.

Google started to enable a feature in Chrome in 2019 that would react to media key activations on the keyboard. While that meant that Chrome users can control media playback using these keys, it had the negative effect that it blocked other apps from interacting with the media keys.

Spotify users noticed, for example, that they could not control the application anymore using media hardware keys if Chrome was open.

The new Microsoft Edge browser is based on Chromium and it supports the same functionality in recent builds so that media can be controlled in Microsoft Edge using hardware media keys.

Google and Microsoft engineers collaborated on the feature and improved it further since the initial release in Chrome.

The most recent editions of the browser display thumbnail icons in the media overlay when media keys are used while media is playing in the browsers. 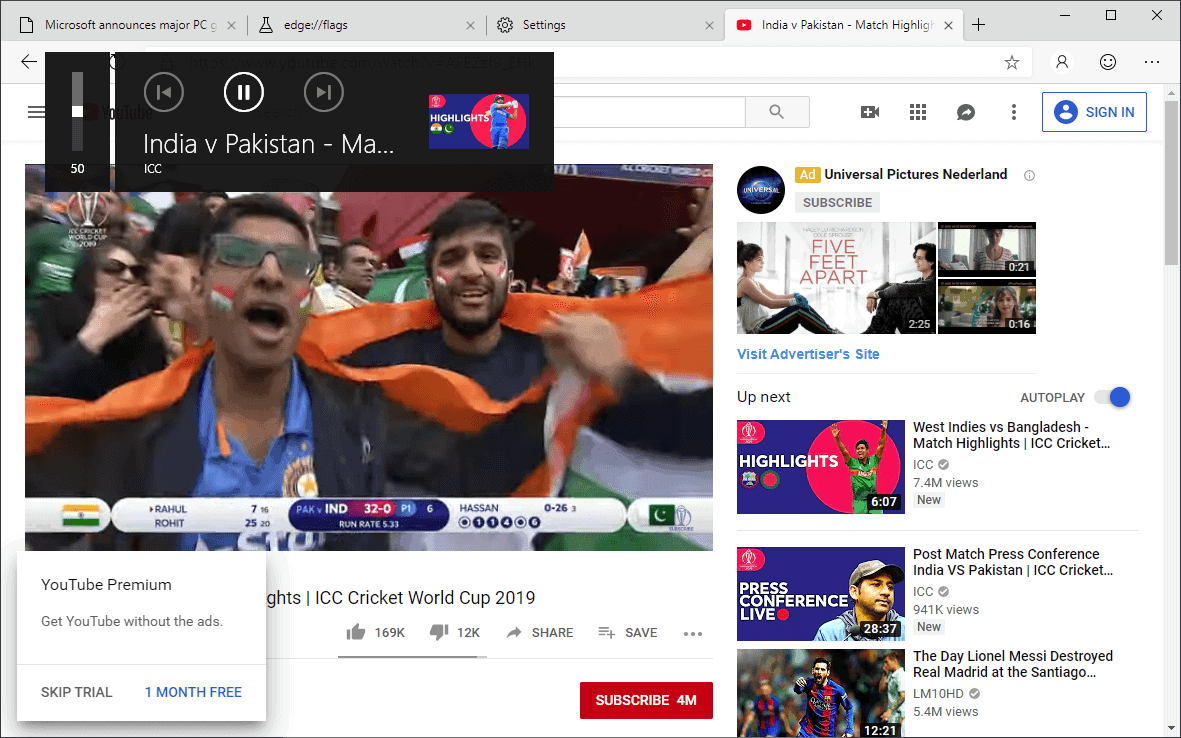 The feature works on many media sites including YouTube and it displays a thumbnail of the video in the media overlay.

The overlay displays part of the title of the video, the current volume, and options to pause the video. Forward and backward options are also present.

Microsoft Edge reacts to hardware media keys when they are activated on the system if it is the active application.

Users who use media keys to control other applications, e.g. Spotify, will notice that they cannot do so anymore if Edge is active.

Edge users can disable the feature in the web browser to disable the behavior. The option exists currently but it is linked to a flag that may be removed at one point in time from the browser. 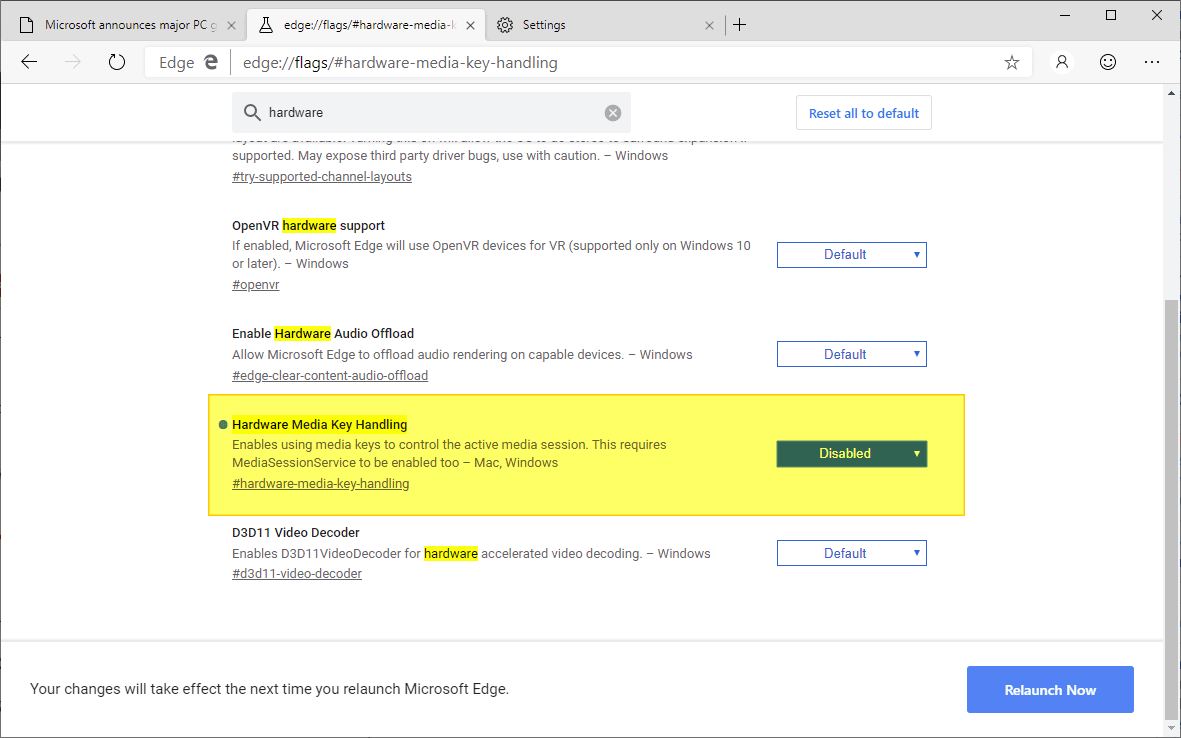 Here is how you disable media keys usage in Microsoft Edge:

Microsoft Edge won’t react to the pressing of media keys on the computer keyboard anymore after the flag is disabled. You can undo the change at anytime by setting the flag to Default or Enabled.

Now You: do you use Media Keys?

Ghacks needs you. You can find out how to support us here (https://www.ghacks.net/support/) or support the site directly by becoming a Patreon (https://www.patreon.com/ghacks)). Thank you for being a Ghacks reader. The post Microsoft Edge (Chromium) may also block media keys on Windows 10 appeared first on gHacks Technology News.