One option that Microsoft customers have is to use the in-place upgrade to upgrade to a version of Server that is supported. The path may not be the most appropriate for some uses cases as it involves several upgrades and not just a single Server 2008 R2 to Server 2019 upgrade. 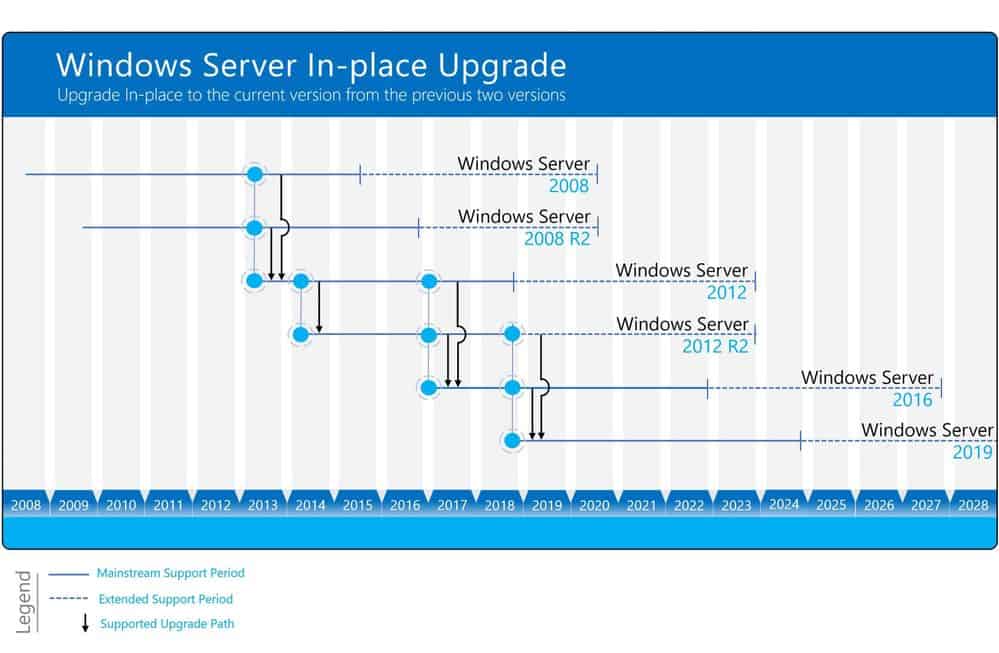 Administrators who want to take the in-place upgrade route need to run three upgrades in total:

Windows Server 2012 and 2012 R2 support ends in 2023 and customers may stop the upgrade process right then and there theoretically.

There are a couple of caveats that administrators need to be aware of. Microsoft notes that some server roles or applications may not be migrated to newer versions of Windows Server.

Microsoft recommends that administrators create full backups of the Server systems before the upgrade is run.

Administrators should include the following items on a checklist to plan and prepare the upgrade to a new Server version:

The server will be down for quite a while considering that three in-place upgrades are run one after the other even if all upgrades run without any issues.

Now You: Would you use in-place upgrade options or install a new operating system version instead? (via Deskmodder)

Ghacks needs you. You can find out how to support us here (https://www.ghacks.net/support/) or support the site directly by becoming a Patreon (https://www.patreon.com/ghacks)). Thank you for being a Ghacks reader. The post Microsoft explains in-place upgrades from Windows Server 2008 R2 to Windows Server 2019 appeared first on gHacks Technology News.