The release on a Saturday is a deviation from the Tuesday or Thursday release schedule for the preview updates. Whether that is a one-time deviation or something that could happen more often in the future remains to be seen.

KB4512478 and KB4512514 are preview updates of the monthly rollup patch that Microsoft will release on September 10, 2019. Designed to give organizations time to test changes made in these updates, the previews are available on all devices running one of the supported operating systems.

A check on Windows Update will return these as optional updates and they may also be downloaded from the Microsoft Update Catalog. The previews are not available on WSUS but they can be imported to WSUS manually. 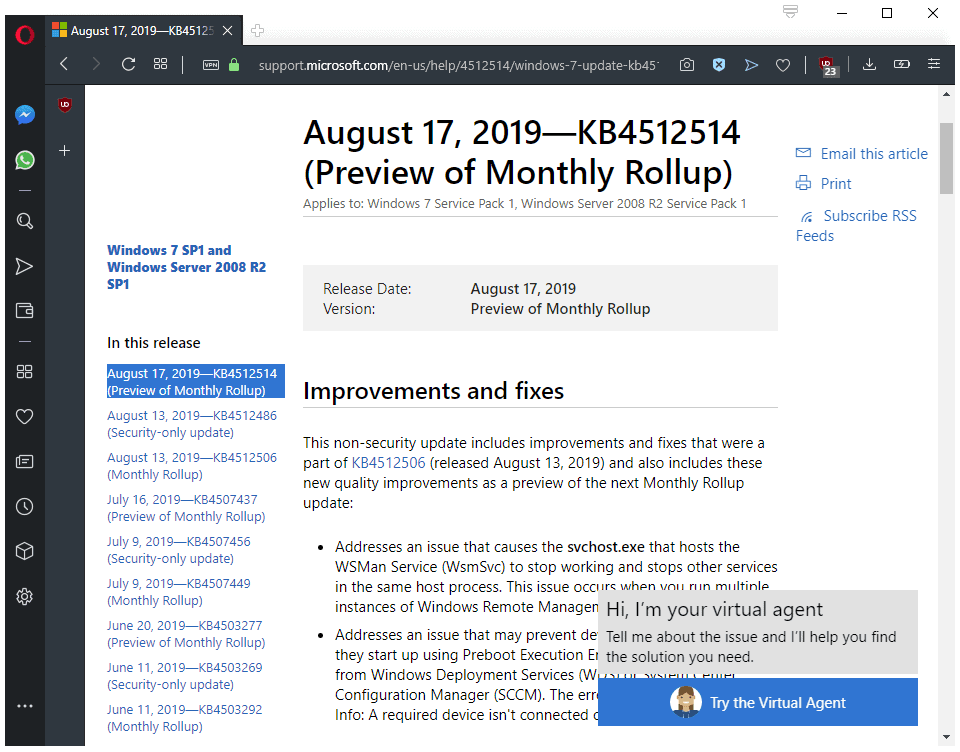 It is unclear if the Visual Basic issue is fixed in the preview update; Microsoft makes no mention of it. If you check the August 2019 Monthly Rollup update KB4512506 you find it listed there under known issues and the reference that the optional update KB4517297 fixes it.

A quick check of the package details on the Microsoft Update Catalog website shows that KB4517297 is not replaced by this update. 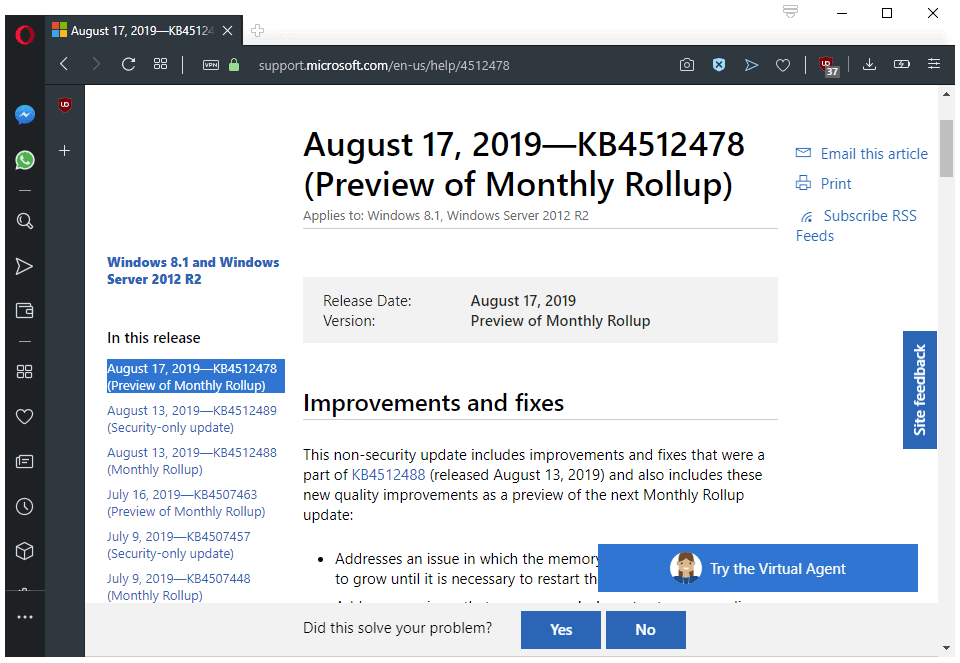 Now you: do you install update previews or do you wait?

Ghacks needs you. You can find out how to support us here (https://www.ghacks.net/support/) or support the site directly by becoming a Patreon (https://www.patreon.com/ghacks/). Thank you for being a Ghacks reader. The post Microsoft releases KB4512478 and KB4512514 previews appeared first on gHacks Technology News.