Remember Power Toys? If you worked on PCs when Windows 95 or XP were en vogue, you may remember that Microsoft released a number of useful tools back then to extend the functionality of the Windows operating system.

In 2006, we reviewed TweakUI, an official program by Microsoft to make several changes to the operating system. Other programs included XMouse, a program that would focus a window with the mouse without clicks, Power Calculator, an advanced graphical calculator, Virtual Desktop Manager,  Send to X which added more locations to the Send To menu, or CabView which displayed the content of Cab files. 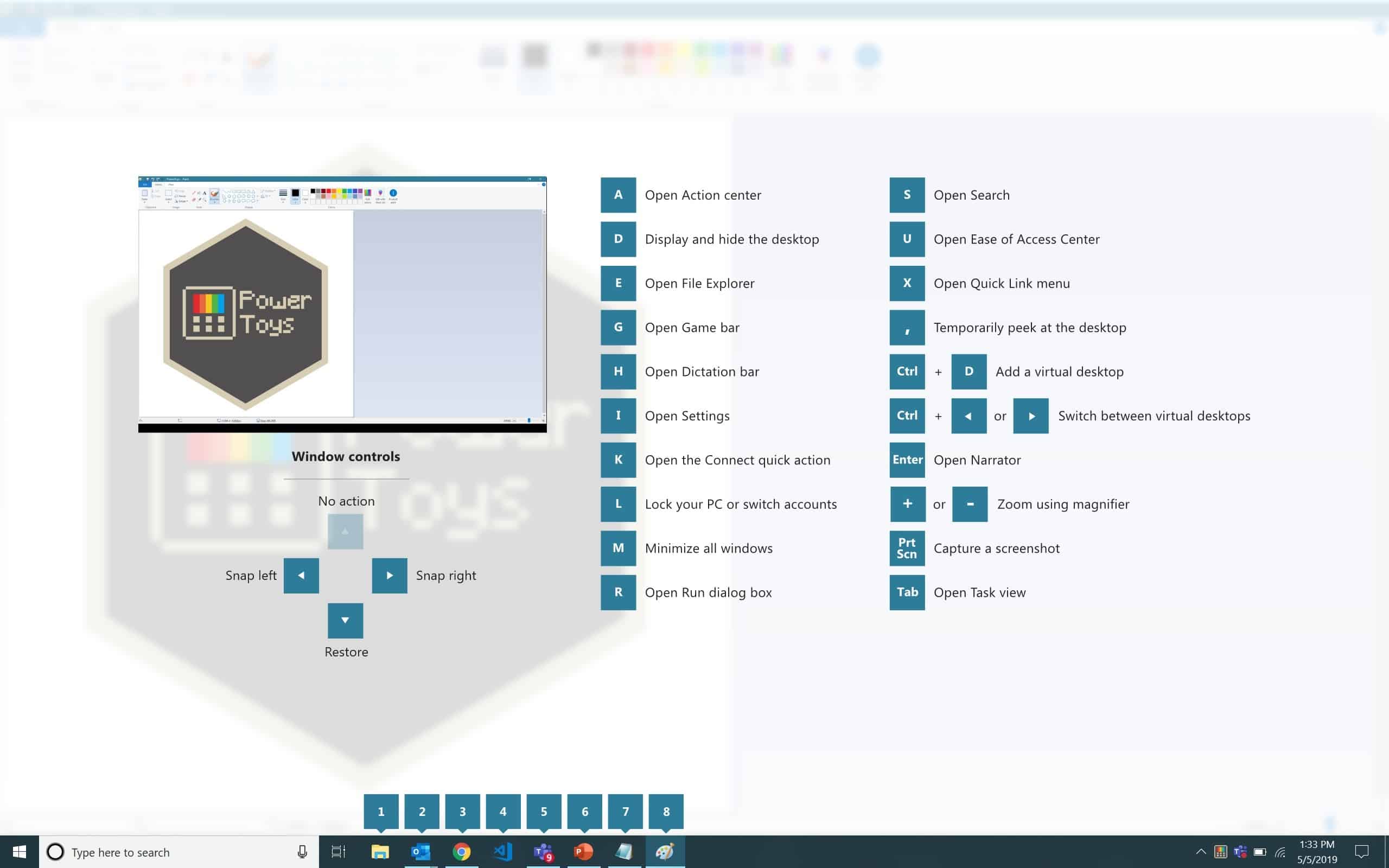 Microsoft made the decision to reboot the PowerToys project; development stopped after Windows XP for the most part, and the new project is the first attempt to revive it.

The project is inspired by PowerToys from the Windows 95 era according to the project description on GitHub.

Inspired by the Windows 95 era PowerToys project, this reboot provides power users with ways to squeeze more efficiency out of the Windows 10 shell and customize it for individual workflows

It is unclear if the tools of the new PowerToys program will work under previous versions of the Windows operating system, or only on Windows 10.

The rebooted PowerToys project is open source; source code and programs will be released on GitHub, and Microsoft hopes that the first bits will become available in Summer 2019.

The company revealed the first two programs of the new PowerToys.

Microsoft considers several other tools currently. While no decision has been made, the company asks the community for active input.

If you ask me, I’d like to see an official keyboard shortcut manager, improved window manager, and Win+R replacement. PowerToys are extra components that users may install on their devices just like any third-party application.

I used different PowerToys a lot back in the days and the revival is certainly a good idea as it adds optional functionality to the Windows operating system. Whether the tools will be Windows 10 exclusive remains to be seen, though.

Now You: Feel free to share your opinion about the reboot or PowerToys in general below. (via Born)

Ghacks needs you. You can find out how to support us here (https://www.ghacks.net/support/) or support the site directly by becoming a Patreon (https://www.patreon.com/ghacks)). Thank you for being a Ghacks reader. The post Microsoft revives Power Toys program, makes it open source appeared first on gHacks Technology News.