M.C.Straver, the lead developer of the Pale Moon web browser, has created a fork of the Mozilla Code Repository as a starting point for further development.

The developers of Pale Moon, a browser based on Firefox code, had to find a way to deal with the changes that Mozilla planned to make to the core of the Firefox web browser in 2017.

Mozilla plans to cut the classic add-on system from Firefox when Firefox 57 hits for instance, and remove XUL and XPCOM components from the browser in the process.

The team decided that it would continue development of the classic Pale Moon browser; what this means for users is that Pale Moon will continue to work like before, but won’t follow Mozilla down the path. 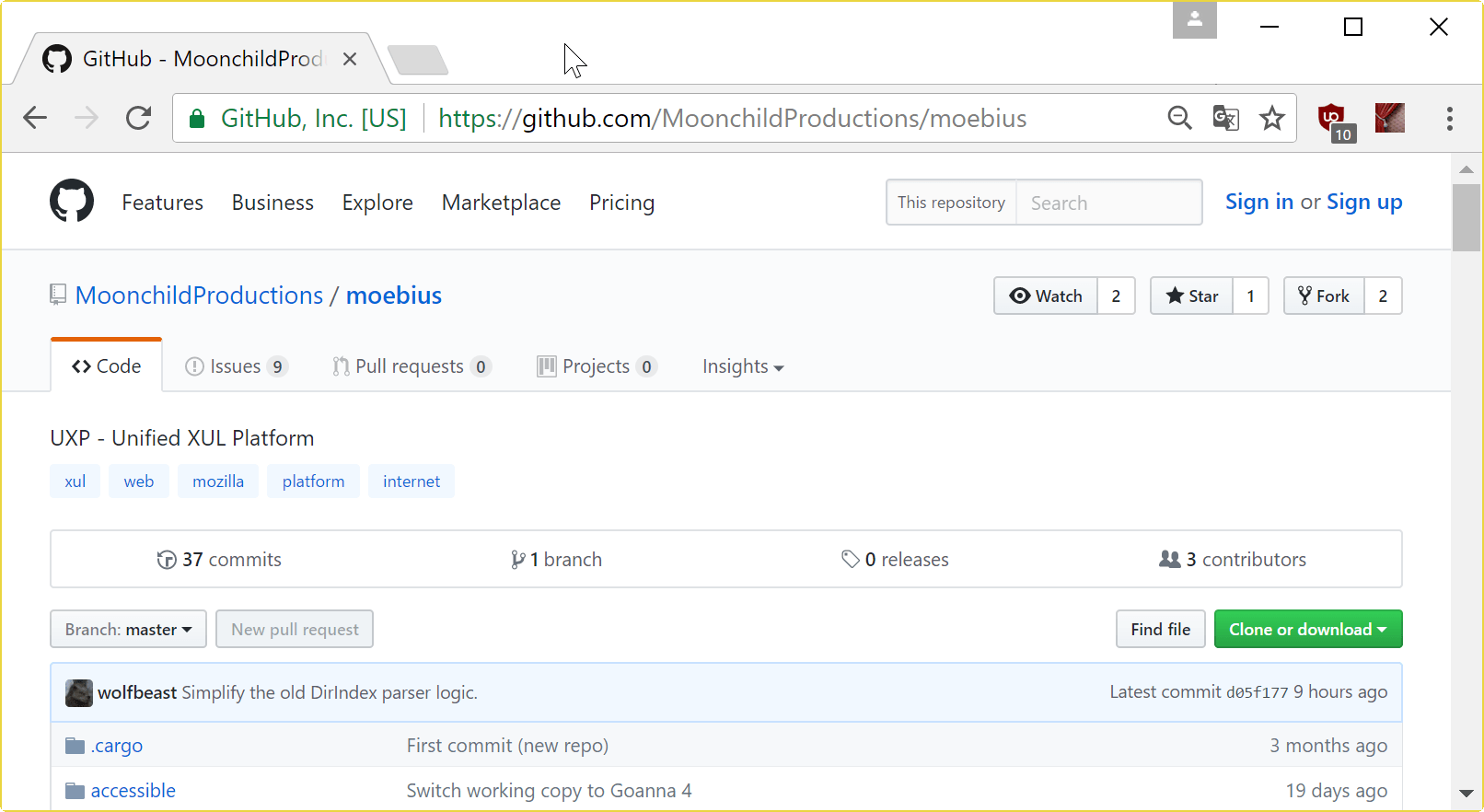 The decision was made to fork Mozilla’s code repository, so that it could become a potential base for Pale Moon in the future. It is not a given at this point that Pale Moon will use UXP in the future.

The GitHub repository of the Unified XUL Platform (UXP) is now available. According to its description, it is a fork of the Mozilla-Central code repository of early 2017.

This repository holds the code for a unified application platform for XUL-based applications. It is a hard fork from the Mozilla code repository (mozilla-central) with an early-2017 fork point.

In addition to further development based on the Mozilla upstream code, and selective cherry-picking of directly-applicable patches, this repository has its own development and holds the base for a future platform to be used by XUL applications.

Probably most interesting from a user’s point of view is that a demonstration application will be released that is codenamed Basilisk. It is a web browser and will resemble the early 2017 Firefox closely.

This repository will contain at least one application to demonstrate and make use of the platform: The Basilisk web browser, a close twin to Mozilla’s Firefox.

The web browser has not been released yet.

The minimum system requirements for any application based on the Universal XUL Platform have been announced in May 2017:

The Unified XUL Platform takes shape, and it will be interesting to see how it develops over time. Many things are uncertain at this point. How many developers will it attract? Will Pale Moon use it as its base in the future? Will other applications be created based on it?

Now You: What’s your take on this development?