Mozilla is investigating options currently to turn the built-in Developer Tools of the Firefox web browser into a system add-on.

So-called system add-ons are browser add-ons that ship with core Firefox. Basically, add-ons that are not installed by the user but by Mozilla.

Firefox users have less control over these system add-ons, even though it is possible to remove them from the system Firefox is run on.

The main idea behind making the Developer Tools of the web browser a system add-on is that it allows Mozilla to deliver updates faster to users as the release of updates would not be tied to Firefox releases anymore. 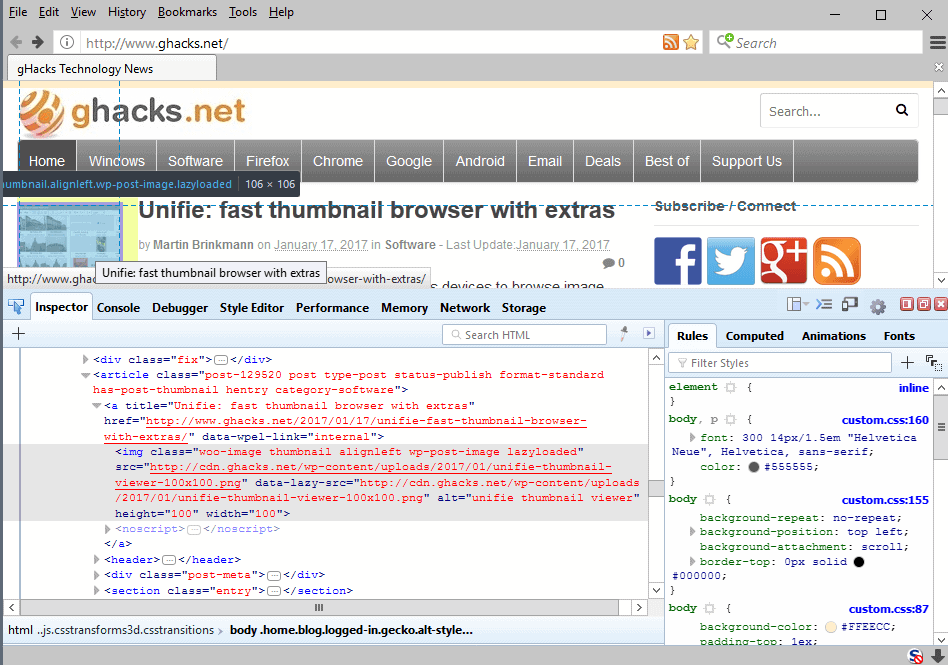 This is especially beneficial to users of Firefox’s release channel who have to wait several release cycles currently to get updates (starting with Nightly, then Developer Tools, then Beta before they land in Stable). Mozilla notes that the majority of Developer Tools users use the release version of Firefox.

The DevTools team investigates scenarios currently in regards to turning the built-in Developer Tools into a system add-ons. One idea that is being discussed is to change the state of the Developer Tools when it is offered as a system add-on. The two main ideas are to either only install the system add-on on demand, or to ship it in disabled state instead, but both options are not supported right now by Firefox.

Move DevTools, DevEdition Prefs + Theme into a system add-on. This would allow us to achieve our goal of shipping to our users more quickly and set us to more easily transition all of our users later.

Nothing is set in stone yet, but the team wants to move forward with the plan. There are also talks underway to transition the system later on to a mix of WebExtensions and system add-on.

Turning the Developer Tools into a system add-on makes a whole lot of sense. First, it enables the team to push updates faster to all users as updates don’t have to ride the train anymore to end up in the release version of the web browser.

Second, it may prevent users from interacting with the Developer Tools by mistake. As long as Mozilla gets the activation process right, it should not take more than one or two clicks to enable the Developer Tools in Firefox, doing so should be beneficial to all parties involved. (via Sören Hentzschel)

Now You: What’s your opinion on the idea?