Current stable versions of the Firefox web browser support three states when it comes to checking for and installing updates in the web browser.

The default setting checks for updates automatically and installs them immediately when found. The second state checks for updates but requires user interaction to start the installation of the update, and the third state disables update checking entirely in the browser.

Firefox users can open about:preferences#general in the browser and scroll down to the Firefox Updates section to manage update settings in the Firefox browser. 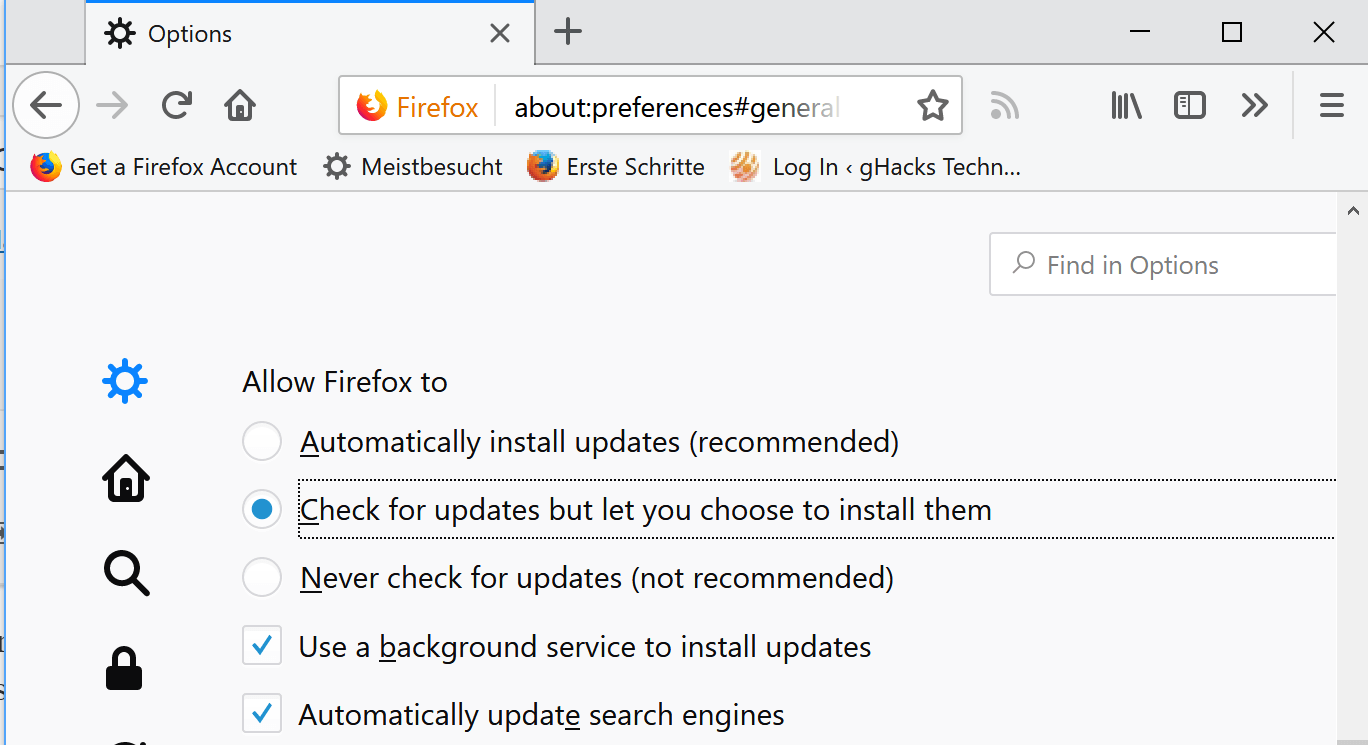 Firefox users could also set the preference app.update.enabled on about:config to false to disable update checks in the browser.

Mozilla plans to change the updating logic of Firefox by removing the third option from the browser’s user interface and from about:config.

The organization does not mention explicitly how it plans to deal with Firefox installations that are set to never check for updates. It seems likely that the setting will be switched to “check but don’t install” automatically, but that is not mentioned explicitly anywhere.

Firefox users who have set the browser to never check for updates should verify which setting is enabled after upgrading to version 63. Firefox 63 is scheduled to release in October 2018.

Why is Mozilla making the change?

The bug listing on [email protected] highlights that the option is “easy to enable and forget about”, and that it “contributes to orphaned users” and “exposes users to severe security issues”. 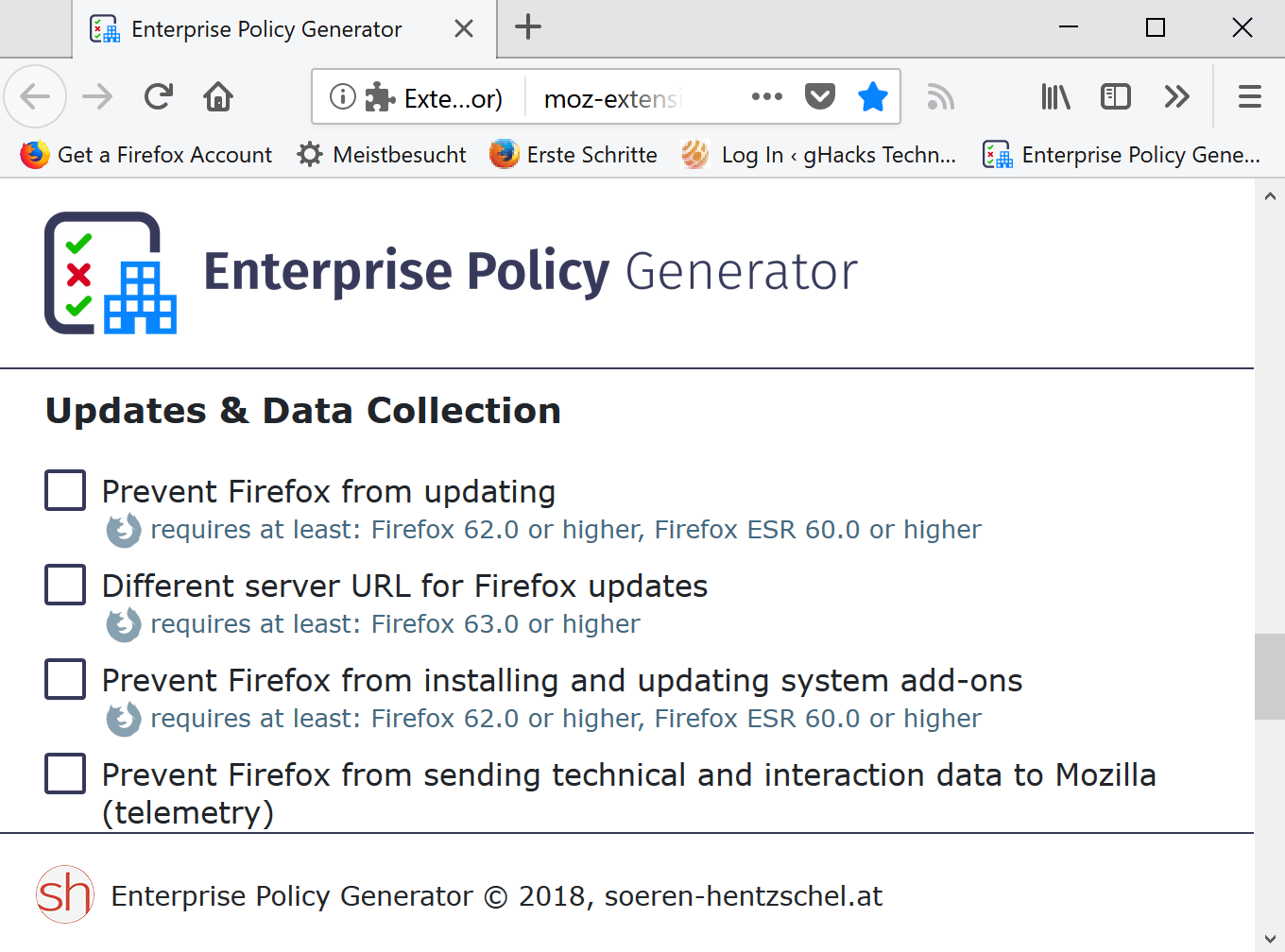 The feature won’t be removed entirely, however. The recently introduced policy engine provides an option to block updates in Firefox entirely.

Firefox users and system administrators have two options to use policies. They can create a policies.json file manually and fill it with appropriate policies, or use the excellent Enterprise Policy Generator instead.

Just install the extension in the Firefox web browser and open its settings with a click on the icon. Locate Updates & Data Collection and check the policy “Prevent Firefox from updating”. The policy requires Firefox ESR 60 or higher, or Firefox 62 or higher.

The add-on creates a policy file that you need to place in the distribution folder of the Firefox installation.

While it is generally not recommended to disable the installation of updates, it should be up to the user to make that decision in my opinion. Yes, it would be great if all users would run the latest version of Firefox but users have multiple reasons for not wanting to update.

While it is more difficult to block update checking entirely in Firefox, an option to do so still exists even in Firefox 63 and future versions released after Firefox 63.

Now You: How do you handle updates in Firefox? (via Deskmodder / Sören Hentzschel)

Ghacks needs you. You can find out how to support us here or support the site directly by becoming a Patreon. Thank you for being a Ghacks reader. The post Mozilla makes it more difficult to block Firefox updates appeared first on gHacks Technology News.