Mozilla believes that virtual reality and mixed reality will play a big role in the next five or ten years, and that is why it decided to create a cross-platform open source browser explicitly for virtual reality scenarios.

Mozilla engineers worked on virtual and augmented reality technologies such as WebVR, WebAR and A-Frame in the past. The organization used that knowledge to build a web browser designed for “browsing the immersive web”. 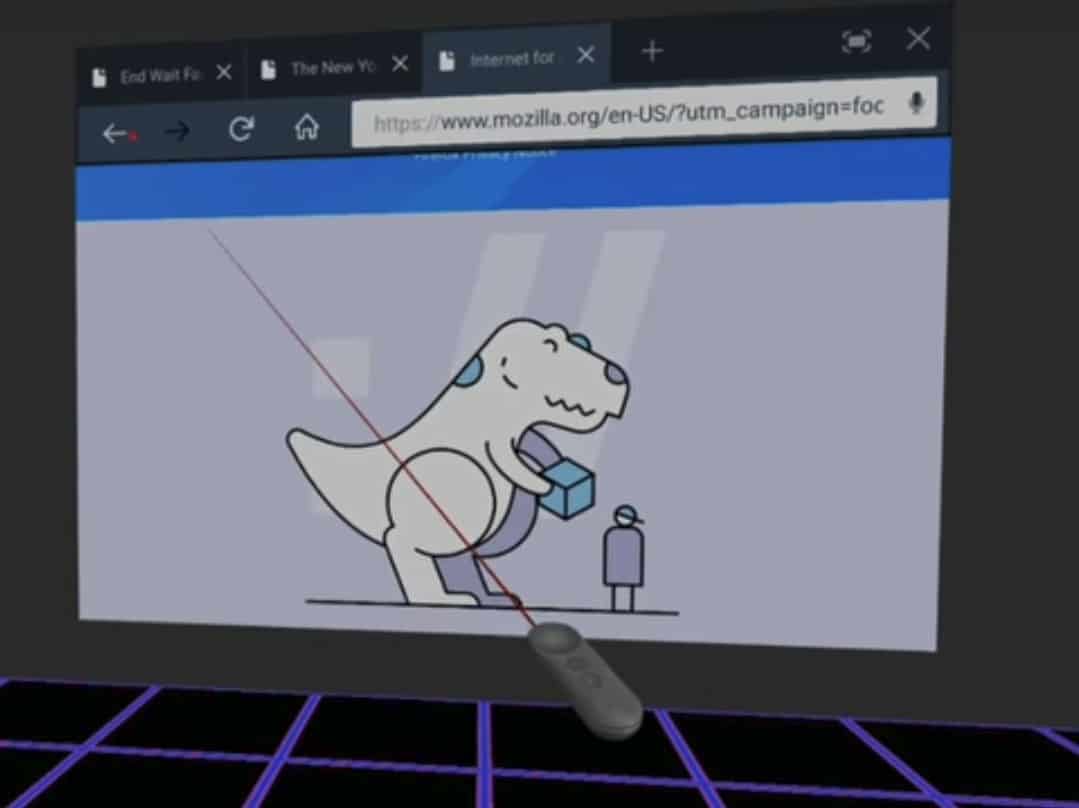 Sean White on behalf of Mozilla reveals why Firefox Reality is an important program for the VR Web going forward:

Mozilla published a short demo video that shows an early version of the web browser in action.

Mozilla released the source code of Firefox Reality on GitHub. Users may download a developer build that is compatible with Daydream, HTC Vive Focus and HTC Vive Wave initially.

How big will Virtual Reality or Mixed Reality be in five or ten years? Will we all be sitting at our computer with VR headsets or will it be one of those new technologies that won’t see large adoption outside specific niches?

Now You: What’s your take on Virtual and Mixed Reality?

Ghacks needs you. You can find out how to support us here or support the site directly by becoming a Patreon. Thank you for being a Ghacks reader. The post Mozilla releases Firefox Reality for Virtual Reality scenarios appeared first on gHacks Technology News.