Once upon a time, there used to be a Command line based RSS feed reader called Newsbeuter, but, like many a good program it too was abandoned.

Fortunately, another developer forked the source code and Newsboat was born. The program is quite user friendly and offers a great deal of customization options. I’m going to point out  the basics to get you started with the program. 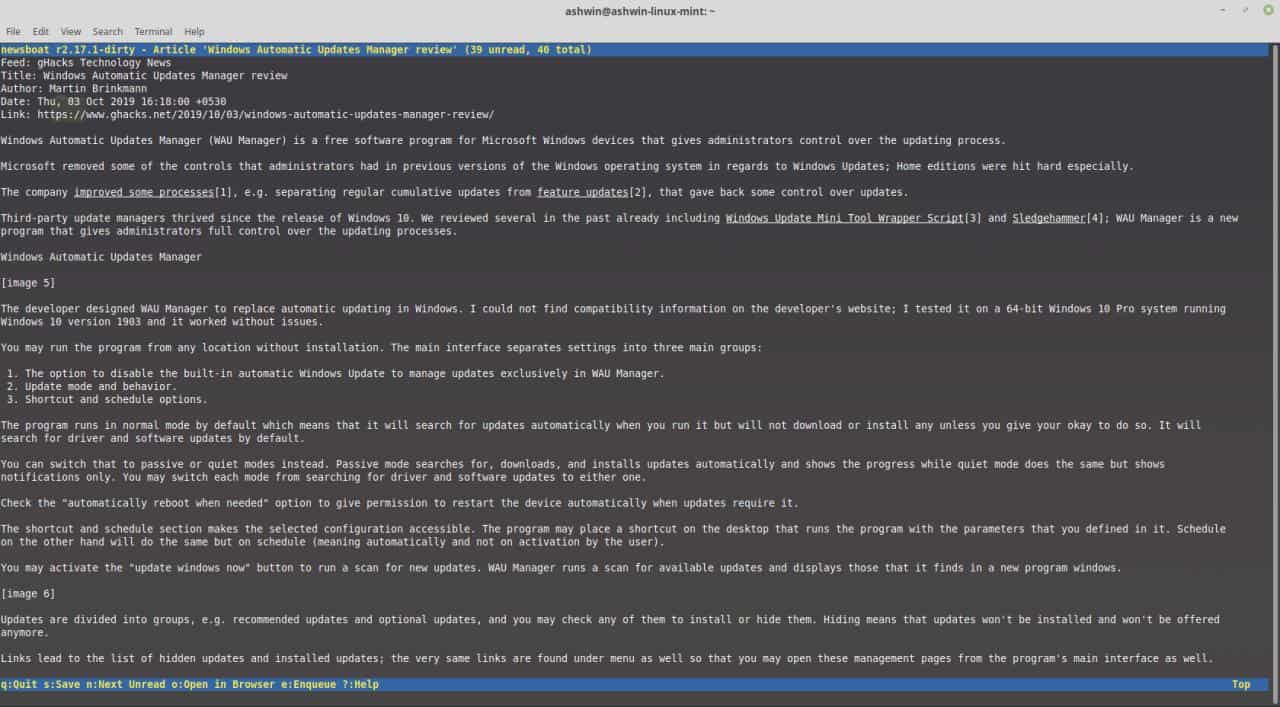 How to install Newsboat the easy way

If you’re not familiar with installing libraries, I’d suggest using Snapd. To install it, just run

Once it’s installed, run the command 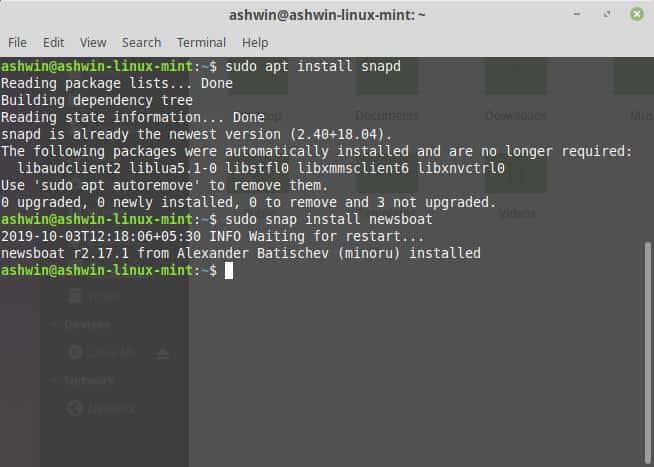 This is the easiest way to install Newsboat. I’d recommend this for advanced users too because it takes like a minute and uses the least amount of disk space.

How to install Newsboat – compiling the latest version from source

Newsboat relies on several libraries (sqlite3, libcurl, libxml2, stfl, json-c, ncursesw, etc) and the developers do not distribute ready-to-use packages that contain the dependencies.  If you are an advanced user, you can install the libraries by using the terminal command “sudo apt install”. Make sure you use the developer version of the libraries, since you will need to compile the program.

How to add RSS Feeds to Newsboat

Newsboat will not run unless you have a list of RSS Feeds that it can access. You have 2 options for this.

Import an OPML feed list (from Feedly, Inoreader, or other RSS feed readers, e.g. QuiteRSS or Newsflow). To do this open the terminal and use the command “newsboat -i my-feeds.opml” (replace my-feeds with the name of your opml file). 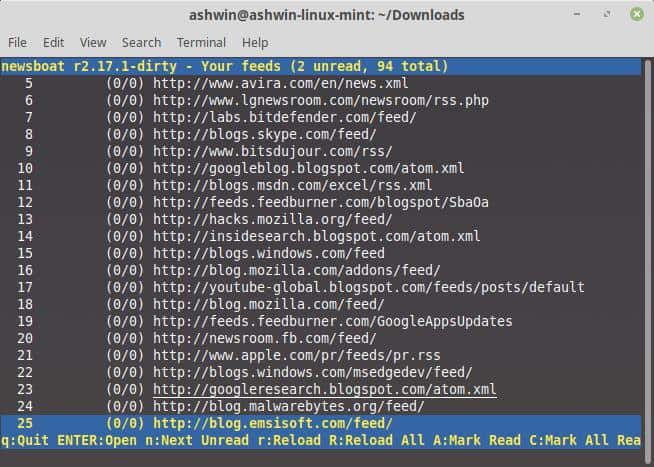 Create a file called urls. Use a text editor, and save it in the Newsboat folder. For me it had to be placed at /home/ashwin/snap/newsboat/1471/.newsboat/

Open the urls file and paste the links of RSS feed URLS that you wish to access. Save and close it.

For example, you could add these to the urls file and Newsboat will display the corresponding feeds: 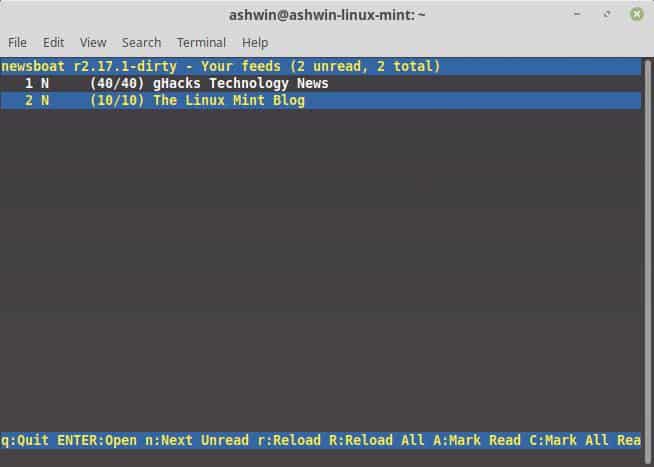 The import OPML option basically creates the urls file for you. You can edit it after it has been created.

How to open Newsboat and use it

Open the Terminal and type newsboat. The program should load the urls file and you will be able to access the RSS feeds in the command line. When you are accessing a newly added feed, it may throw out some error. Hit the r key to reload it and Newsboat should be able to retrieve the feed. 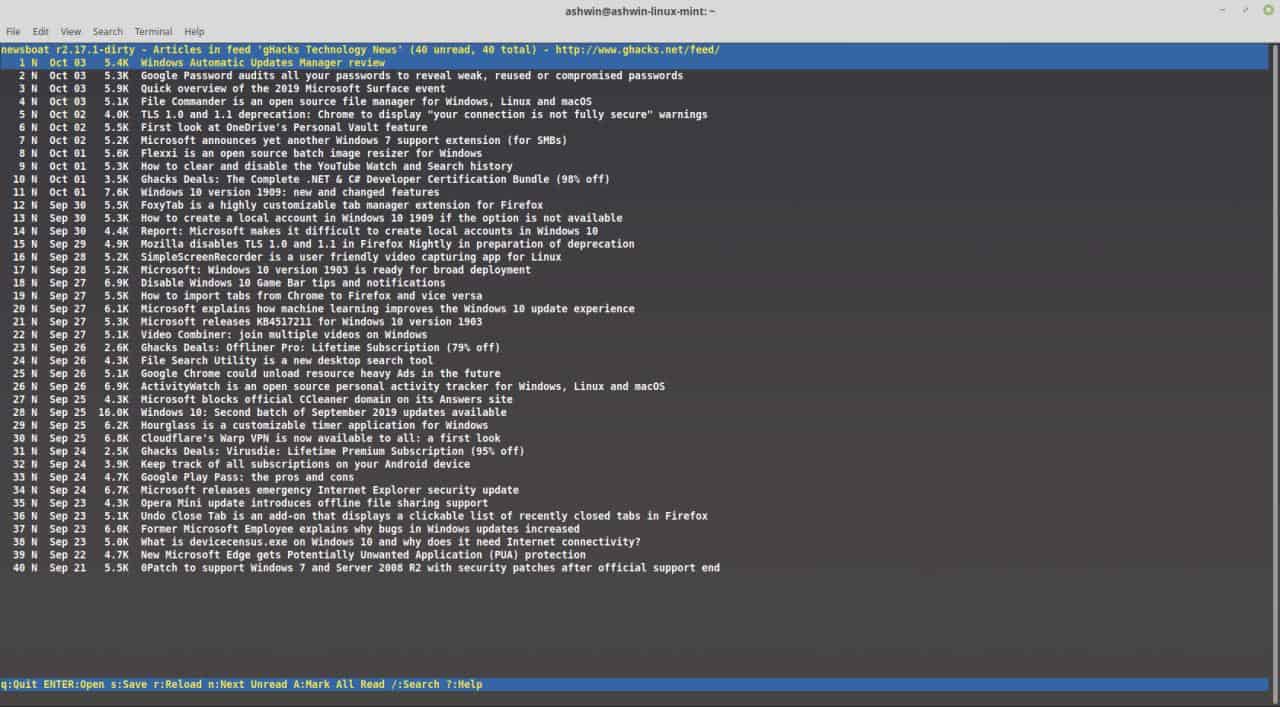 Use the arrow keys to navigate between the feeds. Optionally, you can type the number of the feed and hit enter to select it. Hit Enter again to open the selected feed. Repeat the steps to read an article from a feed. Press n to jump to the next unread feed. If you want to read the article in the browser, use o.

Here’s a screenshot of all the shortcuts available in Newsboat. 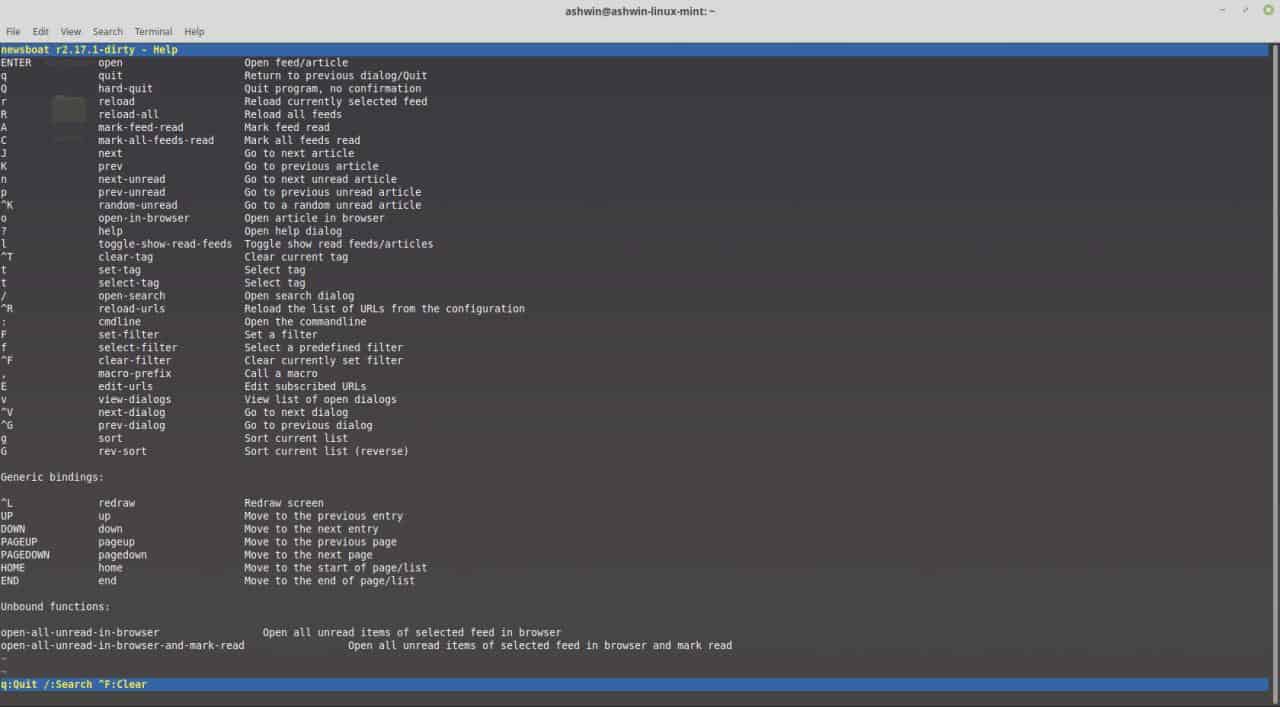 Take some time to read the documentation on the official website to learn how to customize Newsboat. You can change the colour, add tags, set custom names for the feeds, etc.

I mostly use Feedly for my RSS requirements. But, they have been changing the design too much of late and it’s almost a pain to use it. I’m switching back to standalone readers.  Newsboat is a pretty cool way to read articles. Of course, not being able to see pictures from the posts is a con, as is the inability to interact with other content, e.g. links. I do like the minimal and distraction free reading experience.

Now You: Which feed reader do you use currently?

Ghacks needs you. You can find out how to support us here (https://www.ghacks.net/support/) or support the site directly by becoming a Patreon (https://www.patreon.com/ghacks/). Thank you for being a Ghacks reader. The post Newsboat is a command line based RSS feed reader for Linux appeared first on gHacks Technology News.