The last couple of days have been filled with widely speculative articles suggesting that Firefox’s future is Google Chrome and not the company’s own Gecko or Servo engines.

Read the Register piece for instance which was very blunt in its assumptions but has been updated since then as Mozilla’s been in full PR recovery mode ever since one of the organization’s engineers posted about Project Tofino on a non-company blog.

Senior VP Mark Mayo caused a storm by revealing that the Firefox team is working on a next-generation browser that will run on the same technology as Google’s Chrome browser.

Other sites covering technology, like Cnet, have been more reserved in their reporting but all either seem to suggest that Mozilla plans to move to a Chromium-base for Firefox, or that the company is struggling and looking for ways out to regain market share and relevance in the market.

What Project Tofino is 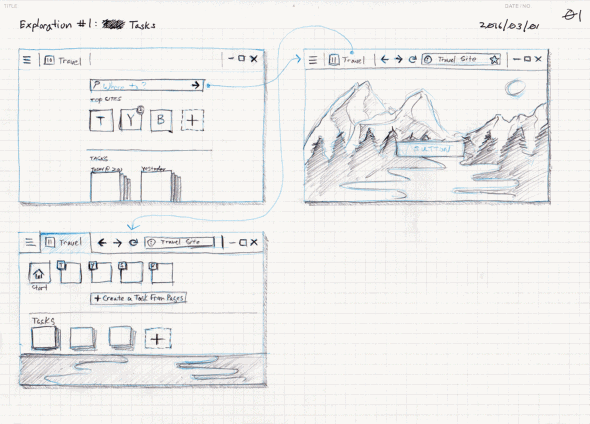 Project Tofino is a side-project that six Mozilla employees have been assigned to. The core idea behind the project is to find out if the core web browser layout that is being used today gives the best user experience.

What’s probably not surprising is that the team that builds our browser has a lot of great insights and ideas about how people actually use browsers and the kinds of problems people have that aren’t currently solved by anybody’s browser product.

Mark Mayo clarified this further with an update posted on April 8th in which he stated clearly that “Project Tofino is wholly focused on UX explorations and not the technology platform”.

When you think of a browser today, you’re probably thinking of tabs, a location bar and perhaps a bookmarking system. But are those still the best tools for the jobs we are aiming to accomplish on the web? Maybe they are. Maybe they are not. We want to find out.

That’s why we are starting Project Tofino. It is our name for a series of experiments and explorations on what a browser could look like when its fundamental paradigms are invented in 2016 instead of 1996.

What caused the confusion

The team behind Project Tofino uses Electron and React to do the prototyping, testing and experimenting, and not Firefox core technologies such as Gecko, Servo or XUL.

Electron on the other hand is using Chromium, and that’s the reason why reporters assumed that Mozilla was considering moving to a Chromium base just like Opera Software did years ago.

The main reason for using Electron was that it is better suited for the task ahead and the team size, and the reason that it is not associated with Mozilla at all may have played a reason as well in the decision making process.

Mozilla could have avoided the confusion and, what many would call, bad press, by making it clearer what Project Tofino is, what it aims to do, and what it is not.

Timing may have played a role here and Mayo seems to have been criticized internally for posting about the project before Mozilla had the chance to “tell the story” to avoid making it look like a no-confidence vote in Firefox or Gecko.