NVCleanstall is a free program for Microsoft Windows devices to customize the installation of Nvidia video card drivers on the device.

Nvidia’s driver package for its video cards seems to grow larger with every release. What started as an option to install specially optimized video card drivers has turned into several hundred Megabytes large installers that install all sorts of needed and unnecessary things on systems.

It is highly recommended that administrators install only the parts of the Nvidia driver that are needed; it is necessary to customize the installation for that and while Nvidia’s installer offers some customization options, it is not nearly as fine grained as third-party programs that you can use for the same task.

Third-party tools like NVSlimmer ensure that you install only the parts of the driver that you require. You save hard drive space, speed up the start of the system, and remove telemetry that gets installed usually. 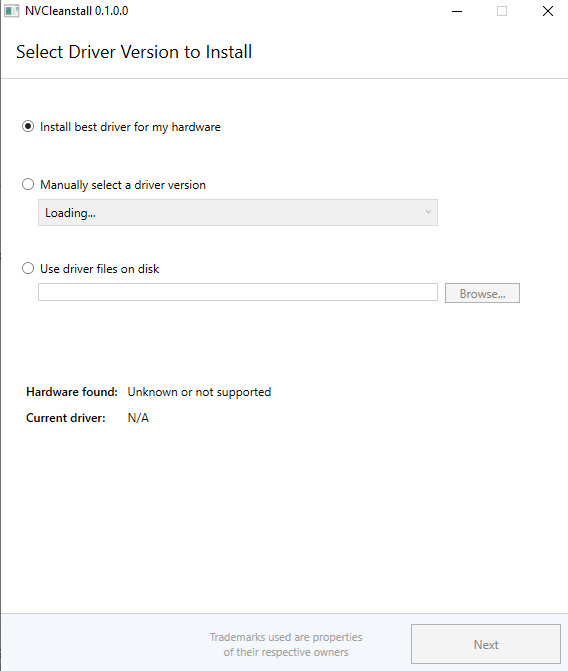 NVCleanstall is such a tool. It is released as an alpha development version currently. You should not run it in production environments because of that even though it worked fine on two machines, one Windows 7, the other Windows 10, I tested the application on.

It is recommended that you remove the current Nvidia driver installation completely before using NVCleanstall to install an optimized driver package.

Just start the program after you have downloaded it to your system. The application displays three main options in its interface. Some of these depend on the correct detection of Nvidia hardware. They are:

Once you have selected an option you are taken to the next screen. There you may select the components to install and the driver components that you don’t want installed.

Descriptions and dependencies are displayed for each component that is detected by the program. The application separates GeForce Experience related tools and options from the rest. The only component that needs to be installed is the display driver; any other component is optional and does not need to be installed but you can enable it for installation easily by checking its box in front of the component listing. 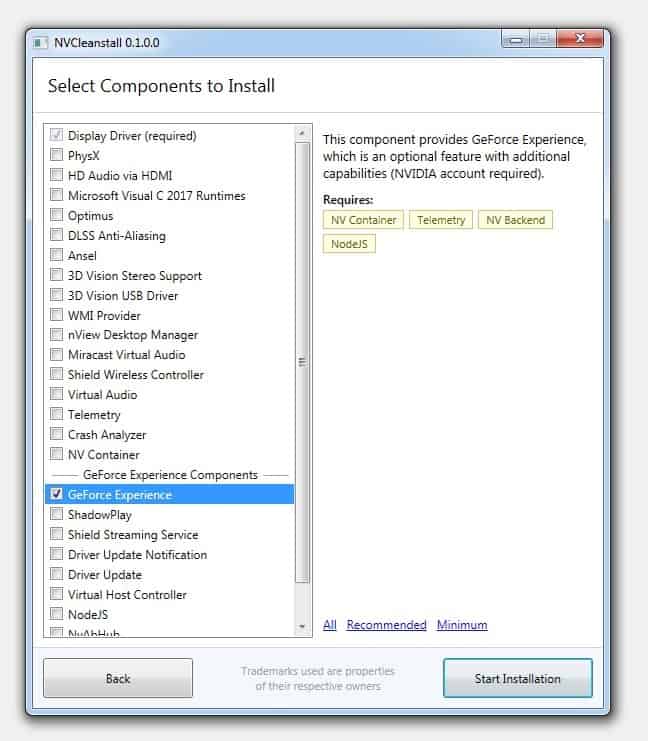 You can go through the components one by one and select only those that you want installed. NVCleanstall offers three sets of configuration — all, recommended and minimum — that you may activate to speed up the process or start using a preset.

NVCleanstall is a promising program that gives you full control over the Nvidia driver installation process. It is a tool for advanced users who know which components they require and which they don’t require.

One to look out for to see if it reaches a stable release eventually.

Now You: do you install drivers separately?

Ghacks needs you. You can find out how to support us here or support the site directly by becoming a Patreon. Thank you for being a Ghacks reader. The post NVCleanstall: customize the Nvidia driver installation appeared first on gHacks Technology News.