Microsoft has just unveiled official preview builds of the upcoming Microsoft Edge web browser that is based on Chromium.

Interested users can head over to the Microsoft Edge Insider website to download , Dev, and Canary builds of the upcoming version of Microsoft Edge for Windows 10.

Some restrictions apply currently. The builds are only available for Windows 10 at the time. Windows 8.1, Windows 7, and Mac OS X builds will “come soon” according to the download page; no word on Linux builds at this point in time. Beta Channel builds will come soon for Windows 10 as well.

Tip: Web developers may want to check out the Microsoft Edge Dev blog post that reveals developer related information, e.g. features or how devs may contribute. 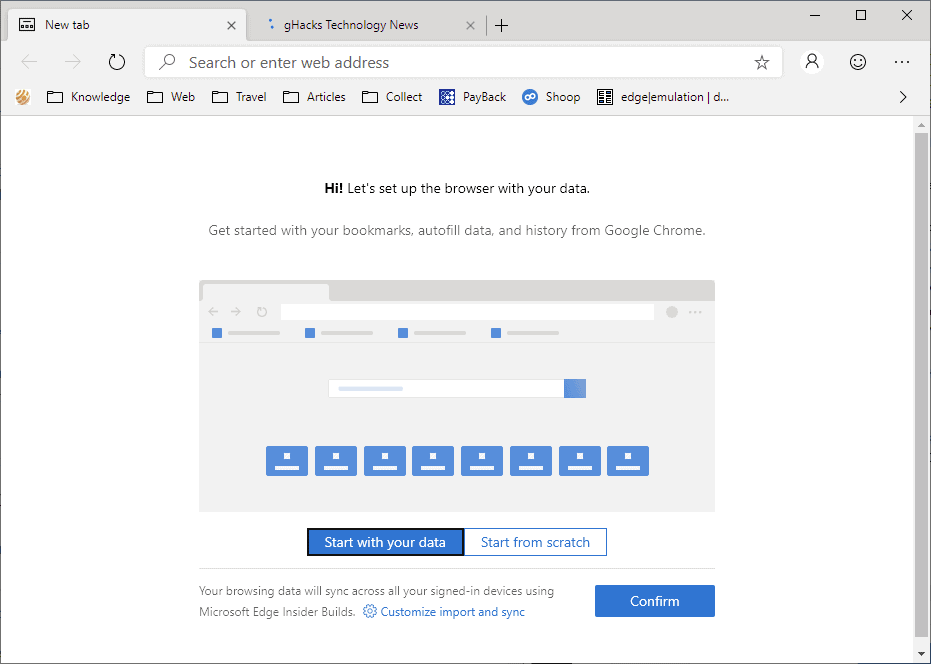 Microsoft is following Google’s example when it comes to the available channels. Current builds are available for the Beta, Dev and Canary development channels. These replicate, more or less, the channels that Google Chrome is distributed for.

The core difference between the different versions of Edge is the frequency of releases.

Canary is the cutting edge version of Microsoft Edge. It features the latest changes first and is the most unstable of the builds because of that.

You can download and install different channel versions of Edge and use them side by side, e.g. for testing. All versions of the Chromium-based Edge that you can download currently are development builds. While they should work fine on production machines, it is recommended to use safeguards, e.g. backups, or install these on non-production machines or virtual machines. 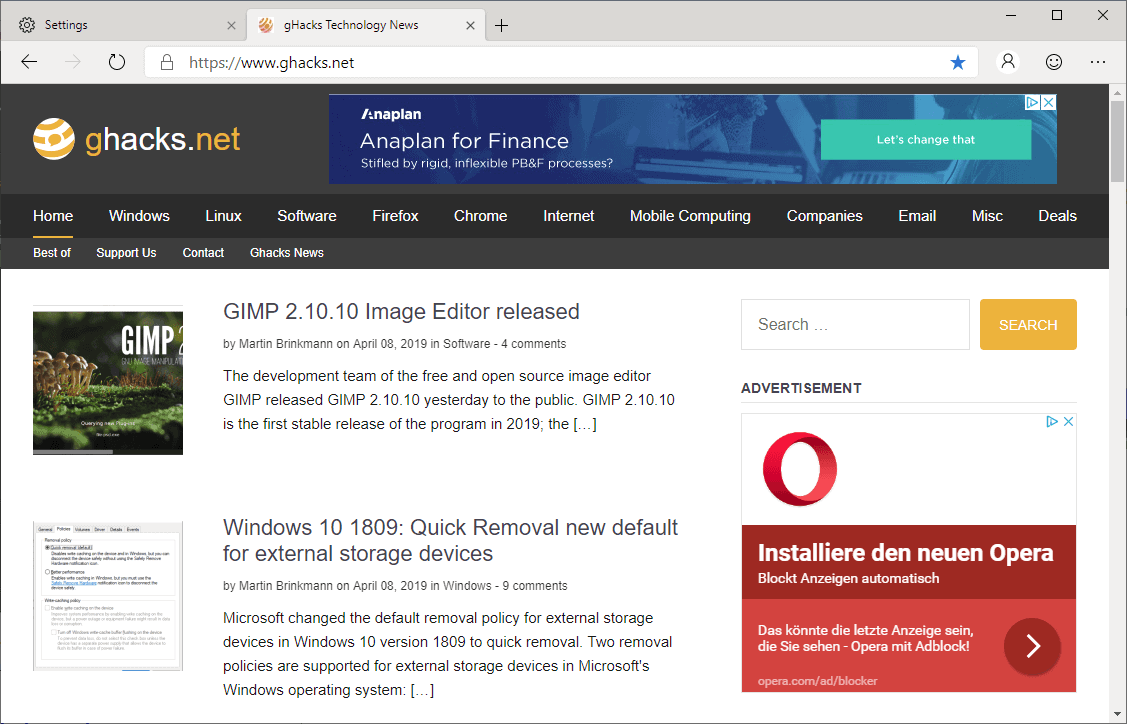 The Canary build of the first version of Microsoft Edge that Microsoft released has the build 75.0.121.1. The latest leaked build’s version was lower than that but the feature set is very similar to that build. You can check out our initial review of the Chromium-based Edge browser here.

Sync, one of the main features that did not work in the leaked build of Edge is still not working, at least not on the machine I tested the feature on. Microsoft’s What’s New page asks testers to give it a try though.

A click on the Sync icon and the selection of Sign In opens a new window shortly but closes it shortly thereafter without error message or option to start the sync process.

Microsoft lists some known issues for these early builds:

Microsoft added a feedback icon to the browser’s main toolbar that you may use to inform the company of issues that you encounter while using the new Edge.

You can install browser extensions from Microsoft’s own — limited — extension gallery or from the Chrome Web Store if you enable that first.

Tips to get you started

Now Read: How successful will the Chromium-based Microsoft Edge browser be?

Ghacks needs you. You can find out how to support us here or support the site directly by becoming a Patreon. Thank you for being a Ghacks reader. The post Official Microsoft Edge Preview builds available appeared first on gHacks Technology News.