Reports are coming in left and right that the recent security updates for Windows 7, Windows 8.1, Windows Server 2008 R2 and Windows Server 2012 R2 are causing issues on machines they are installed on under certain circumstances.

I added a note to the Tuesday’s Patch Overview for this month’s Windows updates but the issue appears even more widespread than thought initially.

What we know so far 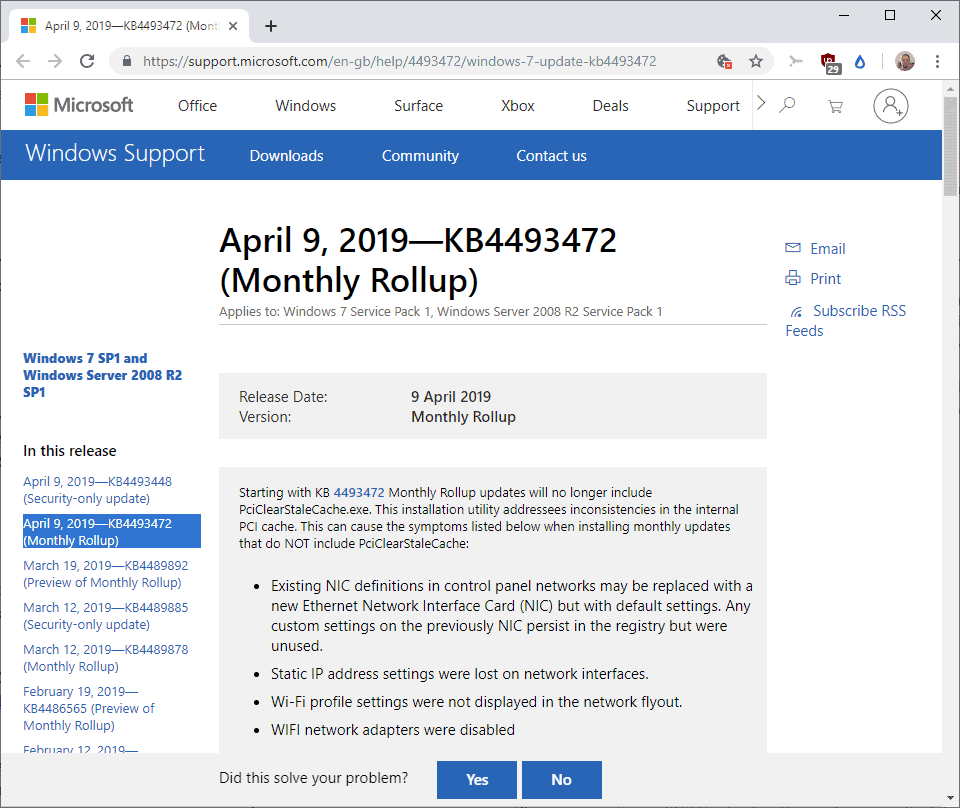 The updates that may cause issues are:

Sophos reports that machines with the update may fail to boot. The computer mentions systems with Sophos Central Endpoint and SEC installed specifically and recommends not to install the new update at this point in time.

If the update is installed already, Sophos recommends booting into Safe Mode, disabling Sophos Antivirus, booting into the regular system, uninstalling the Windows update there, and enabling the Sophos Anti-Virus service afterward.

Avast published a support article on the company’s KB site that describes a similar issue. The company reports that PCs running Avast for Business and Avast Cloud Care on Windows machines may become locked or frozen on start after installing the new Windows updates.

Windows machines (particularly those running Windows 7) are becoming locked or frozen on startup after Microsoft updates KB4493472, KB4493448, and KB4493435.

Some of these machines are completely unable to log in, and some log in after a very extended period of time.

Avast suggests that users roll back the update as well and has published instructions on how to do so on the linked support page.

Microsoft has yet to acknowledge the issue; no support article lists the problem as a known issue yet.

It is still recommended to create a system backup before you install any new update for Windows on your machines.

Now You: are you affected by issues after installing these updates? (via Ask Woody)

Ghacks needs you. You can find out how to support us here or support the site directly by becoming a Patreon. Thank you for being a Ghacks reader. The post Oh look, another broken Windows update! KB4493472 and KB4493446 causing issues appeared first on gHacks Technology News.