A new version of the desktop web browser Pale Moon was released today for all supported operating systems. Pale Moon 28.4.0 is a major development, stability, and security release according to the release notes.

The new release comes a month after the release of Pale Moon 28.3.0 and is the second major Pale Moon release of the year.

Existing Pale Moon users should get the new version automatically if the automatic updating system is turned on. A click on Pale Moon > Help > About Pale Moon > Check for Updates runs a manual check; Pale Moon should pick up the new version when you activate the option to download and install it over the existing installation.

The new version is also available on the Pale Moon website and you can install it over an existing version to upgrade or anew. 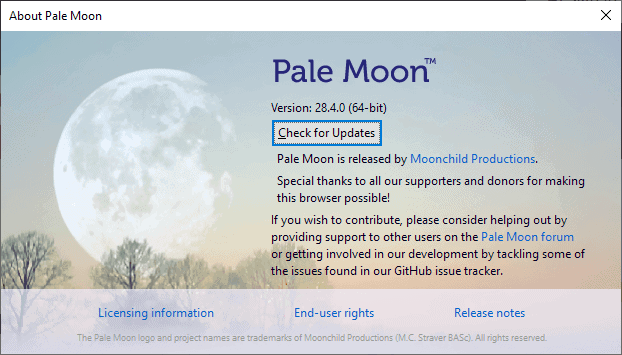 Even though Pale Moon 28.4.0 is listed as a major development release, its primary focus is on security and stability improvements.

The developers have implemented several defense in depth protections that harden the browser against potential exploits. These security improvements are implemented regularly in new versions of the web browser.

The new Pale Moon version addresses some video playback issues and uses the new ffmpeg decode API which should help with frame drops. 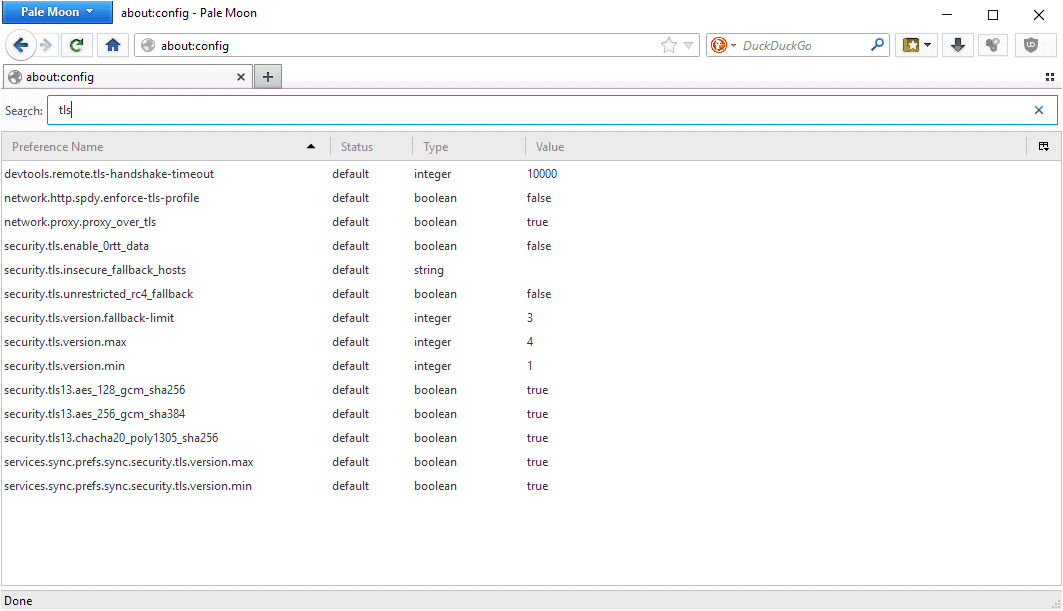 Advanced users get full control over TLS 1.3 cipher suite preferences on about:config; there it is possible to disable them individually.

Load about:config in the Pale Moon address bar to get started. Select that you will be careful, and search for security.tls13 to display the available suites. Double-click on any to toggle its value. A value of True means it is enabled and thus used by Pale Moon, a value of False that it is disabled and not used.

Check out the entire release notes of Pale Moon 28.4.0 here.

Now You: Have you tried Pale Moon recently?

Ghacks needs you. You can find out how to support us here or support the site directly by becoming a Patreon. Thank you for being a Ghacks reader. The post Pale Moon 28.4.0 released: security and stability update appeared first on gHacks Technology News.