Sandboxie, a sandbox program for Microsoft’s Windows operating system, has been turned into a free application. The latest version, Sandboxie 5.31.4 was released on September 10, 2019; it is the first version of Sandboxie that is available as freeware.

Sandboxie started out as a shareware program for Windows to run applications and files in a sandbox on the running system. Created by developer Ronen Tzur, it was picked up by Invincea before Invincea itself was acquired by security company Sophos.

Sophos did not change the Sandboxie license initially when it acquired the assets. Sophos announced the license change on the official Sophos Community blog today. The company revealed plans to make Sandboxie an open source tool eventually.

The new Sandboxie version that Sophos released today does not require an activation code and does not restrict access to features that were available to paid customers only previously. In other words: all features of the premium version of Sandboxie are available for free as of today. 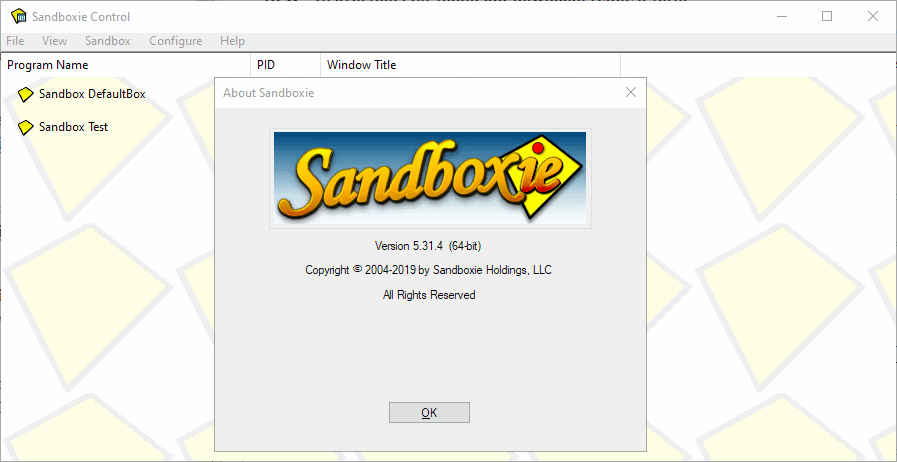 Sandboxie cannot be downloaded directly from the official website; Sophos added a form to the download process that users need to fill out before the download is unlocked. The company promises that the information won’t be used for marketing purposes.

What about paying customers?

Sandboxie has been turned into freeware and it will become an open source program in the future. Sophos plans to hand over the program to the community. It is unclear if the community will be 100% responsible for the development or if Sophos engineers will work on Sandboxie as well.

Customers who purchased Sandboxie in the past are asked to update to the new version as well. The license terms don’t change according to this FAQ for paid license holders but customer support will become community based.

Sandboxie is a handy software for Windows to quickly run programs or files in a sandbox for security purposes. While you can achieve the same using virtual machines, one of Sandboxie’s appeals was that it used the underlying system for its sandbox which meant no installation of operating systems or slow startups.

Sophos would certainly have felt the wrath of the Sandboxie community if it would have stopped development. The release as freeware and later on as a community maintained open source project is a good PR move but also the best option for existing Sandboxie users and the future of the application. Who knows, maybe we will see Sandboxie creator Ronen return as a developer to the project.

Now you: have you used Sandboxie in the past? What is your take on the development?

Ghacks needs you. You can find out how to support us here (https://www.ghacks.net/support/) or support the site directly by becoming a Patreon (https://www.patreon.com/ghacks/). Thank you for being a Ghacks reader. The post Sandbox program Sandboxie is now freeware (soon open source) appeared first on gHacks Technology News.