Mozilla changed the add-ons system of the Firefox web browser with the release of Firefox 57. The organization dropped the classic add-on system and switched the system over to WebExtensions.

Note: Mozilla recommends that users install the extensions in Firefox Beta or other development versions of the browser as Firefox Stable may not support all APIs required to run the extensions properly.

Mozilla’s Extensions Challenge for Firefox Quantum is an attempt to highlight WebExtensions and promote the new standard.

The organization announced the finalists in the groups Best Tab Manager / Tab Organizer, Best Dynamic Theme, and Best Extension for Games & Entertainment on Friday on the Mozilla Add-ons blog.

The following four extensions are finalists: 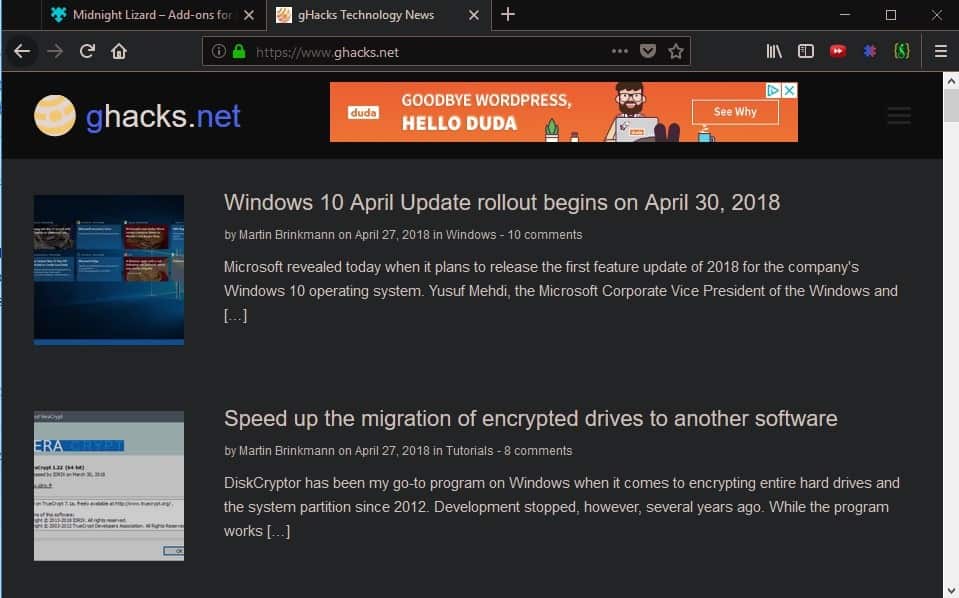 My favorite: Worldwide Radio. Great selection of radio stations from around the world. Only thing missing is recording support.

Now You: What are your favorite Firefox WebExtensions?

Ghacks needs you. You can find out how to support us here or support the site directly by becoming a Patreon. Thank you for being a Ghacks reader. The post These are the Firefox Quantum Extensions Challenge Finalists appeared first on gHacks Technology News.