The following article looks at a list of top Firefox add-ons, and checks whether those add-ons are available as WebExtensions already, or are planned to be released as WebExtensions.

Top Firefox add-ons in this context means the following: first page of add-ons on Mozilla AMO based on user count, user rating, and featured.

Mozilla plans to drop legacy add-on support with the release of Firefox 57. While legacy add-ons will live on for a while in Firefox ESR and development builds of the browser, these exceptions will be removed eventually as well.

Considering that Firefox 57 will be released in November 2017, it is important to look at the current state of add-on migration. Note: we did not list video downloaders.

Note: The availability as a WebExtension does not necessarily mean that you will get the same functionality or layout. Also note that a status of unknown does not mean that a WebExtension is not in the works. It simply means that I was not able to find information about it online. 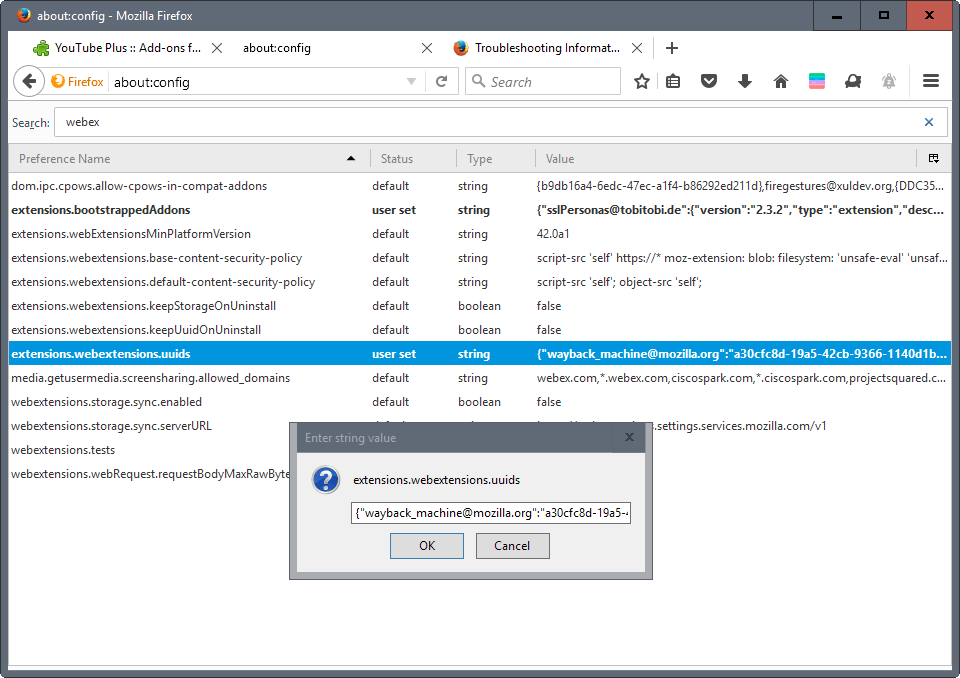 Firefox Add-ons with the Most Users

We will revisit this page regularly to update the state of all listed browser add-ons for Firefox.