Yesterday was the third Tuesday of the month and that means, usually, that Microsoft releases another batch of cumulative updates for various versions of Windows 10.

The updates share most of the improvements and fixes. The updates can be downloaded manually from the Microsoft Update Catalog website or installed by running a manual check for updates.  It is recommended to sit them out unless you are affected by the issues that they fix. 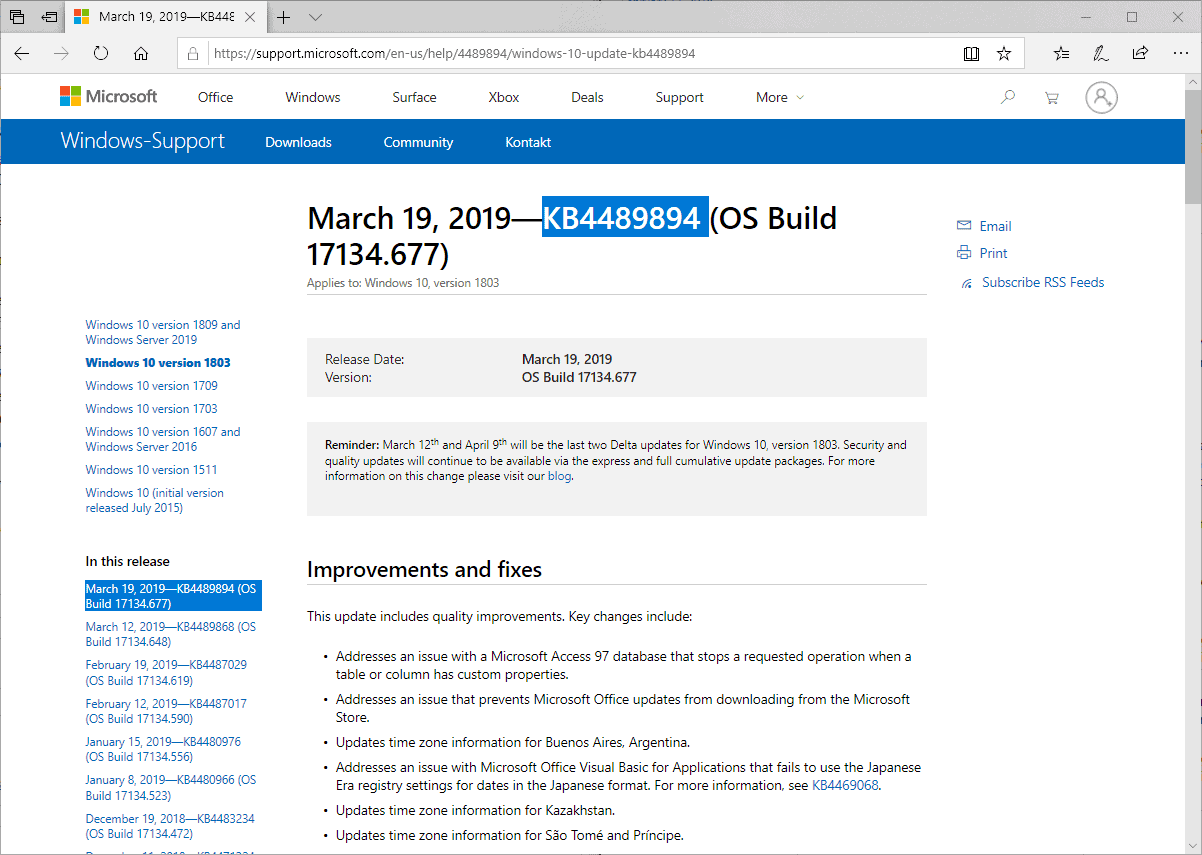 The update includes the following fixes and improvements:

The improvements, fixes and known issues match those of  KB4489894 for the most part.

The following improvements are unique to this update:

Improvements are shared for the most part (but fewer). Microsoft lists three known issues for this update (MSXML6, Custom URI Schemes, and EUDC).

The update shares fixes with the other updates. There are some unique ones, however:

Now You: Did you install any of these updates?