With the impending destruction  of Windows 7 (read: loss of official support) looming in the horizon, many users may find themselves in the debate of moving to Windows 10 or jumping ship to an alternative such as MacOS or Linux.

There are hundreds of Linux distributions to choose from, but I’d like to personally throw my two-copper in and suggest Manjaro KDE.

What is Manjaro? And KDE? 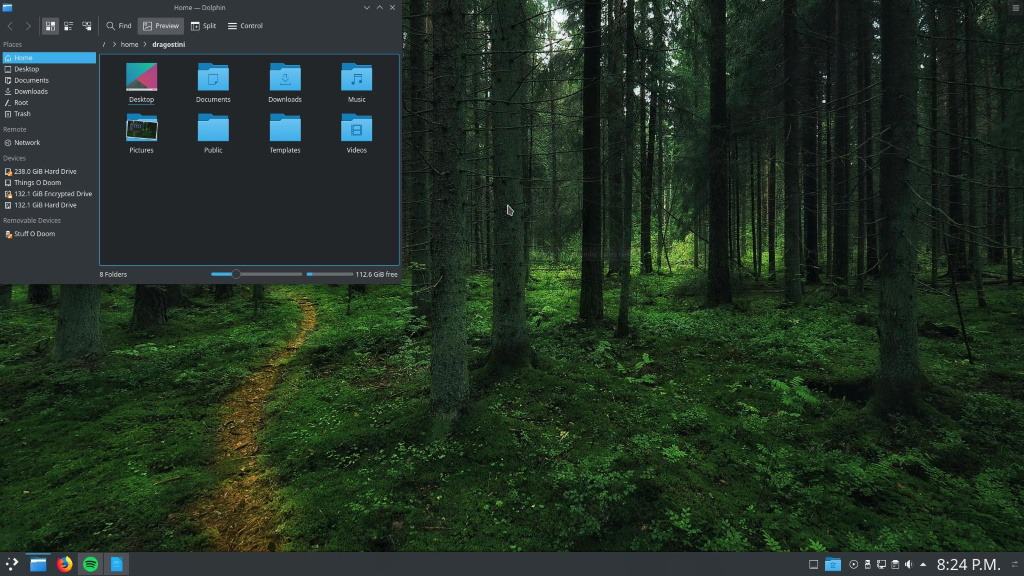 Manjaro is based off of Arch Linux, but I like to describe it to people as the “Ubuntu of Arch” for its user-friendly design choices and its particular attention to helping new Linux users to learn what they are doing. Another great perk of the Arch foundation underneath Manjaro is the use of the Arch Linux Wiki.

The Arch wiki is easily one of the largest resources of help, information, and know-how for all Linux users— regardless of distribution, many of the articles found can be applied.

Back in the spring of 2017 I wrote a series of articles discussing various Desktop Environments for Linux systems, such as Cinnamon and KDE just to name a couple, and overall for Windows users who have decided to take the plunge, I’m recommending KDE.

Regardless of distribution, KDE is filled with eye candy, is highly-customizable, one of the most powerful file-browsers available (Dolphin), and is deeply documented with a long-standing history (KDE was created in 1996).

However, KDE is not without its downsides too:

Looking at this list, with the exception of the increased resource usage compared to most of the other Desktop Environments, I personally find the other downsides to really be ‘benefits’, but that’s to each their own.

Looking back at Manjaro as the choice of environment, I want to note that I really looked at:

In the end, I felt that Manjaro held the best combination of user-friendliness with raw-power. Yes, any of the above-listed systems will work and run pretty much the same software; but Manjaro makes everything simple, easy, organized, and smooth, as well as featuring some great built-in tools such as Pamac/Octopi depending on environment chosen (though I always uninstall Octopi and install Pamac), the Settings Manager Kernel changing option is simply spectacular, and I’ve enjoyed many of the software choices by the Manjaro team (including Steam by default, Firefox, Thunderbird, Yakuake).

As parting thoughts, I ask a question: When moving from a system that you have known for years, to something new and unfamiliar, what do you look for, and require? Let us know in the comments.

Ghacks needs you. You can find out how to support us here (https://www.ghacks.net/support/) or support the site directly by becoming a Patreon (https://www.patreon.com/ghacks)). Thank you for being a Ghacks reader. The post Best Linux Distro for Windows 7 Refugees: Manjaro KDE appeared first on gHacks Technology News.