All modern web browsers make use of tabs so that multiple sites and services may be loaded in a single browser window. Tabs display the page title usually and in some browsers also a site’s favicon if it exists.

Sometimes, you may want to check the content of an inactive tab without switching to it, e.g. for a quick check. Some browsers lack support for tab previews, others display only a small thumbnail or minor information when a user hovers with the mouse cursor over a tab.

Brave, a Chromium-based browser, offered a better solution in my opinion, at least for a while as the developers have removed it in the meantime.

Brave would display a full preview of the loaded site of the tab you hovered the mouse cursor over. It almost felt as if you switched to the new tab as the preview occupied the same area of the browser window.

The screenshot below shows the feature in action. The “About Brave” page was the active one, but the mouse was hovered over the highlighted Preferences tab. 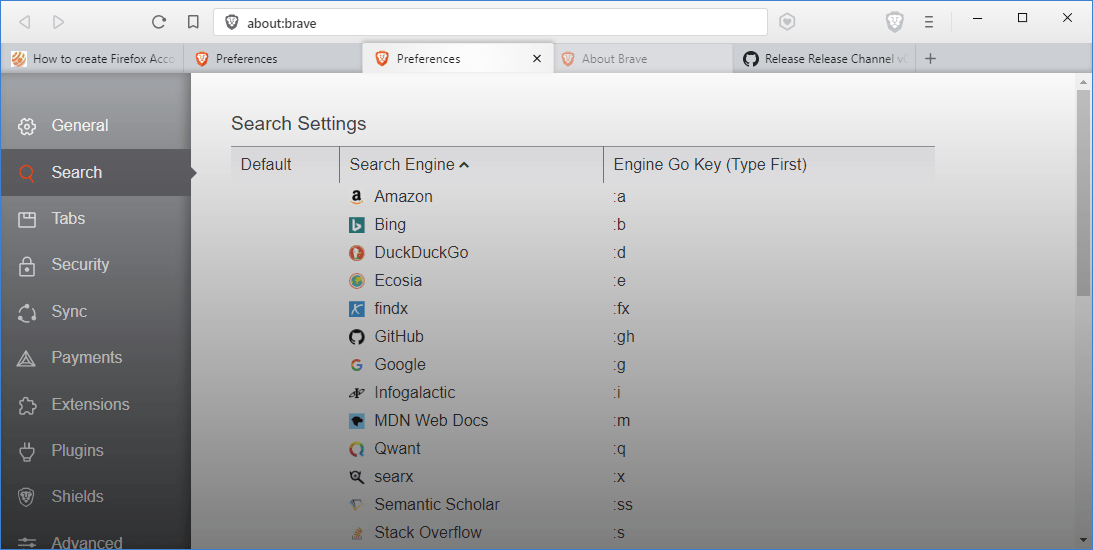 You could move the cursor over multiple tabs and get the content of these tabs displayed. The feature had some limitations: you would only see the active part of a page and could not interact with it at all.

Brave users could enable or disable the feature in the Settings of the browser. The Tabs section, which is no longer available in new versions of the browser, displays an option to “show tab previews on hover”. 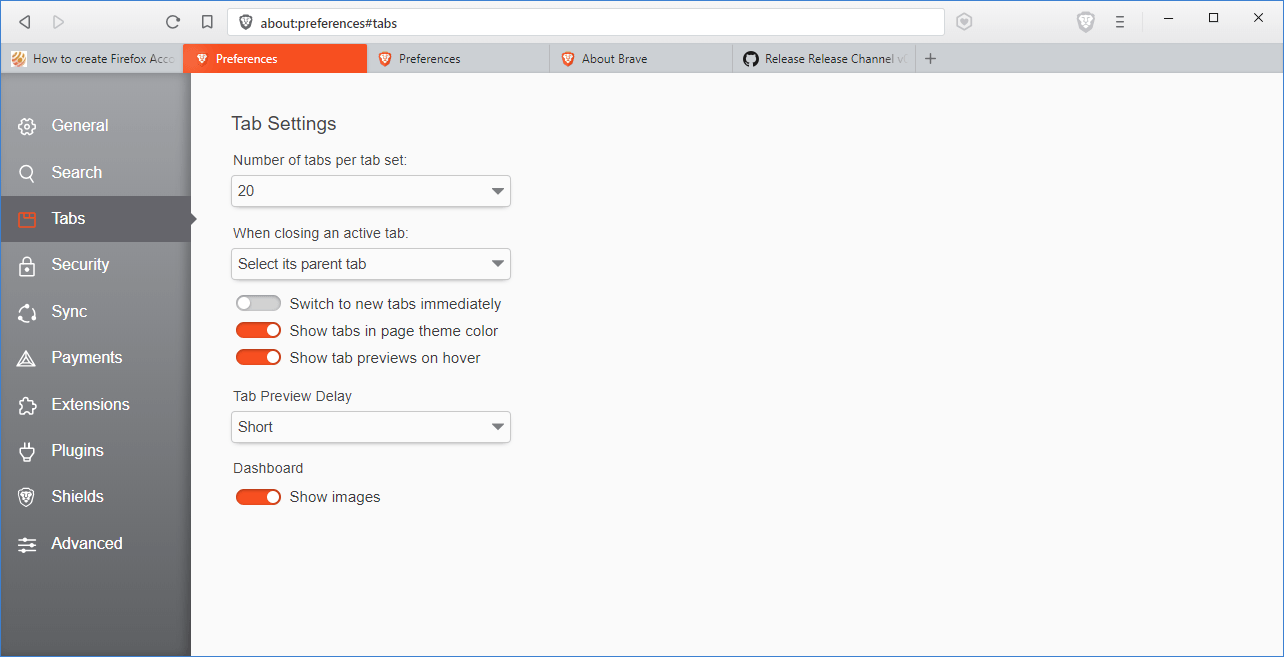 If activated, Brave would display the content of the webpage when you hovered the mouse cursor over a tab. You could change the tab preview delay from short to another so that previews would not fire immediately on hovering the mouse over a tab.

New Brave versions come without the feature; a message on Twitter on February 19, 2019 confirms that Brave had to remove Tab Previews when it moved closer to “Chromium”. All hope is not lost though, as Brave considers bringing it back.

Interested users may cast their vote for the feature on Brave’s GitHub project page.

Google is working on tab previews for Chrome but the company’s implementation will limit previews to thumbnails rather than full page previews. Google Chrome supported tab previews on Windows 7’s taskbar for a while.

Now You: what is your take on the tab preview feature?

Ghacks needs you. You can find out how to support us here (https://www.ghacks.net/support/) or support the site directly by becoming a Patreon (https://www.patreon.com/ghacks)). Thank you for being a Ghacks reader. The post Brave Browser had a great tab preview feature, but it is gone now appeared first on gHacks Technology News.