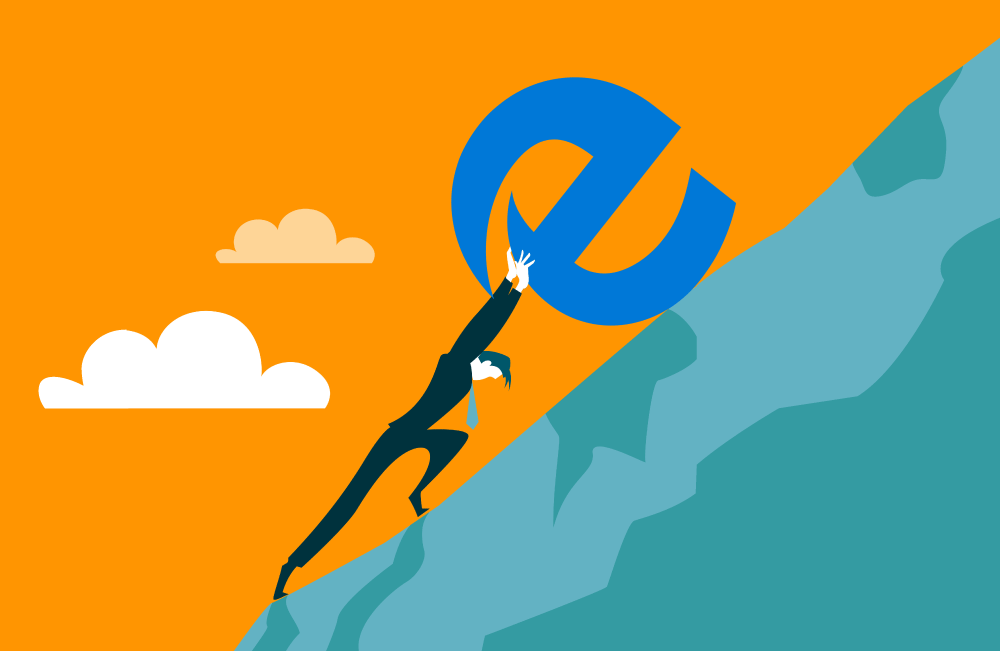 In September, we discussed whether the browser wars are over. October’s StatCounter browser statistics provide further evidence for a slow-down …

The following table shows browser usage movements during the past month.

The following table shows browser usage movements during the past twelve months:

(The tables show market share estimates for desktop browsers. The ‘change’ column is the absolute increase or decrease in market share. The ‘relative’ column indicates the proportional change, i.e. 7.4% of oldIE users migrated elsewhere last month. There are several caveats so I recommend you read How Browser Market Share is Calculated and StatCounter vs NetMarketShare.)

It’s another month of minimal movement in the charts. Most browsers fluctuated in their normal direction, i.e. Chrome grew at the expense of others. There was a small increase for IE11, but I suspect a statistical blip rather than a resurgence.

The most surprising fall was Microsoft Edge. “Fall” is a little over-dramatic — “wobble” may be more appropriate — but it’s the first time the browser has dropped. Currently, usage is similar to oldIE, and around a third of IE11’s.

Edge has been with us for more than a year, but is yet to make a significant impact on the chart. The browser evolved from IE, but the Trident engine was radically overhauled. The result has been positive:

Windows still accounts for at least 80% of the desktop OS market and has a higher percentage in the business world. So why has Edge’s adoption remained comparatively low?

More from this author

Edge is only available on Windows 10. The launch was reasonably successful and, after a year, almost 25% of desktop users run the OS. However, Windows 7 still accounts for almost 40% of the market and is likely to remain high for several years. Microsoft will not release Edge for older editions of the OS, but they will eventually be upgraded or disappear as hardware breaks down.

Other vendors have no problem supporting older versions of Windows. Chrome could be installed on the 15-year-old Windows XP until April 2016. Admittedly, Microsoft has a more complex task since they must ensure backward compatibility across their whole product range. For example, they could have difficulty updating a web component which was required in Office or Visual Studio. The legacy OS problem will continue unless Microsoft can separate Windows and browser development.

Users work on multiple devices: they expect tabs and bookmarks to be synchronized across their desktops, phones and tablets. Chrome is the obvious choice for Android users, and Safari is the only real browser on iOS. Third-party mobile browsers such as Firefox retain a niche appeal.

Microsoft abandoned the mobile market and never produced a browser for Android. There are rumors of a Surface smartphone, but Edge will continue to struggle against cross-platform options.

When Edge was announced, I thought that keeping the blue ‘e’ icon was a good idea, since existing IE users would recognize it. There’s a downside: many users think IE is awful. The browser radically improved from version 9, but mud sticks, and developers continued to berate the application. Users who have never heard of Edge think the blue ‘e’ icon is IE.

Perhaps it’s time to have a completely clean break from IE’s past?

Few users knew what a browser was a decade ago. Most retained their OS default, and this helped IE’s usage figures remain high (even some EU intervention had a negligible impact).

Google’s Chrome marketing push helped change perceptions. Users still may not know or care about differences between applications, but they’re regularly advised to switch to Chrome while browsing the web.

IE6 usage also remained artificially while businesses relied on legacy web/intranet applications which targeted the browser. They were written in the early 2000s when few other competitors existed. Those systems have been retired or upgraded, leaving IT departments free to impose whichever browser they choose.

Microsoft can no longer rely on Windows to push browser adoption. Stronger marketing could help, especially if users can be persuaded that Edge:

Perhaps Microsoft is not concerned about Edge’s adoption? We demanded a better browser, Windows needed one and Edge is more than capable. It’s just a shame few people will use Edge for anything more than downloading Chrome.

Mobile browser use regained August’s drop and increased by 0.87% during September. It now accounts for 47.18% of all web activity. The historical chart illustrates how agonizingly close desktop and mobile usage has become over the past few years.

The top mobile browsing applications for the month were:

Like the desktop chart, there’s no significant change other than a 20% increase in UC Browser users. StatCounter adjusted the browser’s figures recently, owing to pre-rendering and other caching activities, so I suspect this is a similar anomaly.

See you next month.