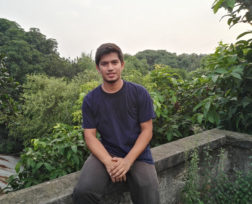 Atique is primarily interested in front-end work. His recent contributions mostly focused on RTL language bugs, however it was this complex error messaging bug that proved the most challenging because it forced Atique to grapple with complex code.

When he’s not busy being a tireless champion for the open Web, Atique likes to unwind by taking in a good movie or playing video games; and while he’s one of the nicest guys you’ll ever meet, you’ll want to avoid him in the virtual settings of Grand Theft Auto and Call of Duty.

On behalf of the AMO staff and community, thank you for all of your great work, Atique!

Do you contribute to AMO in some way? If so, don’t forget to add your contributions to our Recognition page!

A core strength of Firefox is its extensibility. You can do more to customize your browsing experience with add-ons than in any other browser. It’s important to us, and our move to WebExtensions doesn’t change that. The first step of implementing WebExtensions, however, is reaching parity with Chrome’s extension APIs.

Parity allows developers to write add-ons that work in browsers that support the same core APIs with minimum fuss. It doesn’t mean the APIs are identical, and I wanted to clarify the reasons why there are implementation differences between browsers.

Firefox and Chrome are different browsers, so some APIs from Chrome do not translate directly.

One example is tab highlight. Chrome has this API because it has the concept of highlighted tabs, which Firefox does not. So instead of browser.tabs.onHighlighted, we fire this event on the active tab as documented on MDN. It’s not the same functionality as Chrome, but that response makes the most sense for Firefox.

Another more complicated example is private browsing mode. The equivalent in Chrome is called incognito mode and extensions can support multiple modes: spanning, split or not_allowed. Currently we throw an error if we see a manifest that is not spanning as that is the mode that Firefox currently supports. We do this to alert extension authors testing out their extension that it won’t operate the way they expect.

Some APIs are more popular than others. With limited people and time we’ve had to focus on the APIs that we thought were the most important. At the beginning of this year we downloaded 10,000 publicly available versions of extensions off the Chrome store and examined the APIs called in those extensions. It’s not a perfect sample, but it gave us a good idea.

We haven’t prioritized the development of the least-used APIs, but as always we welcome contributions from our community. To contribute to WebExtensions, check out our contribution page.

There are some really popular APIs in extensions that are deprecated. It doesn’t make sense for us to implement APIs that are already deprecated and are going to be removed. In these cases, developers will need to update their extensions to use the new APIs. When they do, they will work in the supported browsers.

WebExtensions APIs will never completely mirror Chrome’s extension APIs, for the reasons outlined above. We are, however, already reaching a point where the majority of Chrome extensions work in Firefox.

To make writing extension for both browsers as easy as possible, Mozilla has been participating in a W3C community group for extension compatibility. Also participating in that group are representatives of Opera and Microsoft. We’ll be sending a representative to TPAC this month to take part in discussions about this community group so that we can work towards a common browser standard for browser extensions. 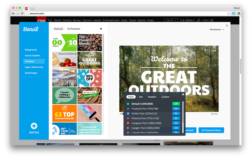 Stencil and its 700,000+ royalty-free images are now available for Firefox users, thanks to WebExtensions.

From enhanced security for users to cross-browser interoperability and long-term compatibility with Firefox—including compatibility with multiprocess Firefox—there are many reasons why WebExtensions are becoming the future of add-on development.

So it’s awesome to see so many developers already embracing WebExtensions. To date, there are more than 700 listed on AMO. In celebration of their efforts to modernize their add-ons, I wanted to share a few interesting ones I recently stumbled upon…

musicfm has an impressively vast and free music library, plus an intuitive layout for simple browsing. However, I’m more of a SoundCloud music consumer myself, so I was intrigued to find SCDL SoundCloud Downloader, which is built for downloading not just music files, but related artwork and other meta information.

The popular Chrome add-on Stencil is now available for Firefox, thanks to WebExtensions. It’s a diverse creativity tool that allows you to combine text and imagery in all sorts of imaginative ways. 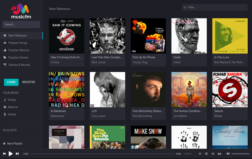 musicfm offers unlimited free music and the ability to create your own playlists and online stations.

Keepa is one of the finest Amazon price trackers out there that also supports various international versions of the online bazaar (UK, Germany, Japan, plus many others).

Googley Eyes elegantly informs you which sites you visit send information about you to Google.

Search Engine Ad Remover is a perfectly titled extension. But arguably even better than removing ads is replacing them with cat pics.

Thanks for your continued support as we push ahead with a new model of extension development. If you need help porting your add-on to WebExtensions, check out the resources we’ve compiled. If you’re interested in writing your first add-on with WebExtensions, here’s how to get started. 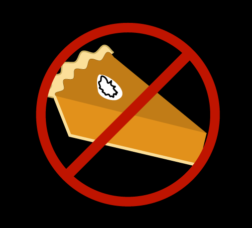 by IKRG
Remove or manage a new, trickier kind of cookie, better known as LSO’s or Flash cookies.

”I’m a non-techie and had never even heard of these spy gadgets. I was amazed at the number Better Privacy turned up.”

Featured add-ons are selected by a community board made up of add-on developers, users, and fans. Board members change every six months, so there’s always an opportunity to participate. Stayed tuned to this blog for the next call for applications. Here’s further information on AMO’s featured content policies.

If you’d like to nominate an add-on for featuring, please send it to amo-featured@mozilla.org for the board’s consideration. We welcome you to submit your own add-on!

We recently announced web-ext 1.0, a command line tool that makes developing WebExtensions more of a breeze. Since then we’ve fixed numerous bugs and added two new features: automatic extension reloading and a way to check for “lint” in your source code.

You can read more about getting started with web-ext or jump in and install it with npm like this:

Once you’ve built an extension, you can try it out with the run command:

This launches Firefox with your extension pre-installed. Previously, you would have had to manually re-install your extension any time you changed the source. Now, web-ext will automatically reload the extension in Firefox when it detects a source file change, making it quick and easy to try out a new icon or fiddle with the CSS in your popup until it looks right.

Automatic reloading is only supported in Firefox 49 or higher but you can still run your extension in Firefox 48 without it.

If you make a mistake in your manifest or any other source file, you may not hear about it until a user encounters the error or you try submitting the extension to addons.mozilla.org. The new lint command will tell you about these mistakes so you can fix them before they bite you. Run it like this:

For example, let’s say you are porting an extension from Chrome that used the history API, which hasn’t fully landed in Firefox at the time of this writing. Your manifest might declare the history permission like this:

When running web-ext lint from the directory containing this manifest, you’ll see an error explaining that history is an unknown permission.

Try it out and let us know what you think. As always, you can submit an issue if you have an idea for a new feature of if you run into a bug.