“Windows Autopilot is a zero-touch, self-service Windows deployment platform introduced with Windows 10, version 1703” according to Microsoft. It enables system administrators to configure and set-up new devices to prepare them for use in production environments.  The main idea behind Windows Autopilot is to make things easier for administrators and end-users alike, and it may also reduce deployment, maintenance, and management costs. 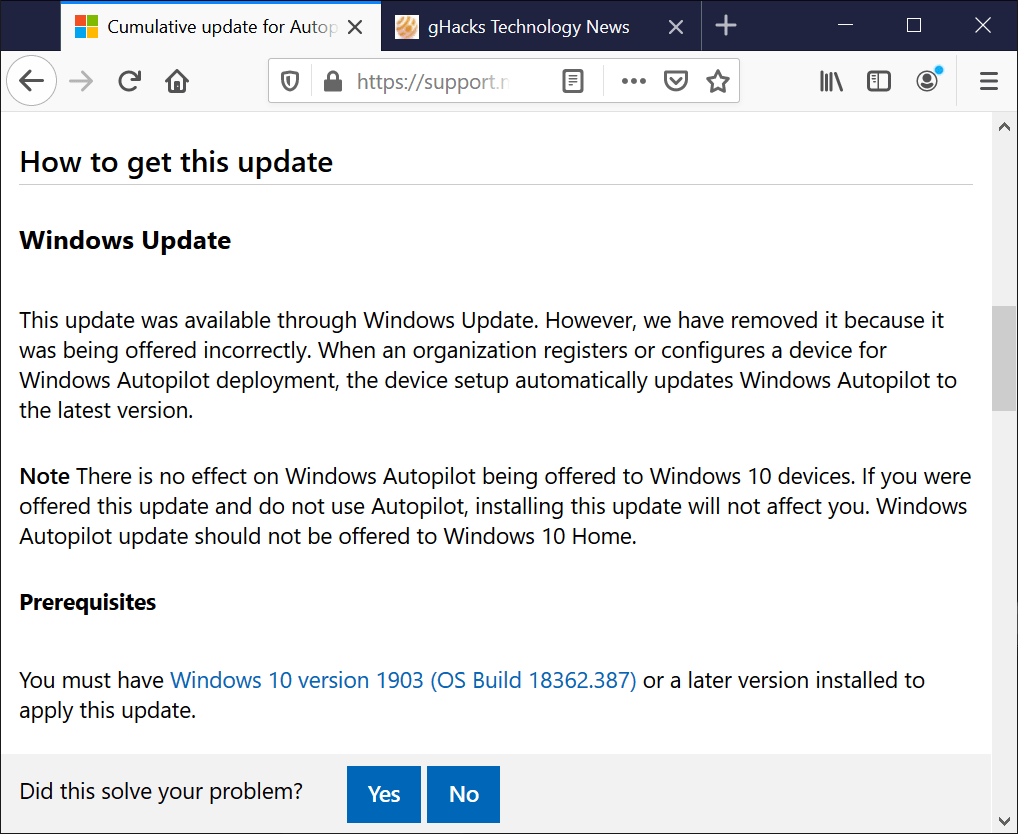 Microsoft acknowledged that the Windows Autopilot update KB4532441 was made available to non-Autopilot-powered devices. An addendum to the Knowledgebase support articles provides further information and the acknowledgement of the issue:

This update was available through Windows Update. However, we have removed it because it was being offered incorrectly. When an organization registers or configures a device for Windows Autopilot deployment, the device setup automatically updates Windows Autopilot to the latest version.

Our colleagues over at Windows Latest spotted the mistake and wrote about it on December 12, 2019. According to the information, administrators who ran a check for updates using the built-in Windows Update functionality of the Windows 10 devices would see the update returned (up to the point at which Microsoft removed the update).

The update would install but it would be offered again on the next check for updates. Microsoft claims that the update has no effect on  devices not powered by Windows-Autopilot and that it should not have been offered to Windows 10 Home devices.

Administrators who notice that the update is installed on their devices that are not powered by Windows Autopilot may uninstall the Windows Update like any other update.

Thank you for being a Ghacks reader. The post Did Microsoft release another Windows 10 update by mistake? appeared first on gHacks Technology News.