Firefox 54.0 has been released on June 13, 2017 to the stable channel. The new version is offered through the Firefox web browser’s automatic update functionality, and also provided as a direct download from Mozilla’s website.

All other Firefox channels, those are Beta, Nightly and ESR, are also updated. Mozilla did remove the Aurora channel from the release cycle when Firefox 53 was released. 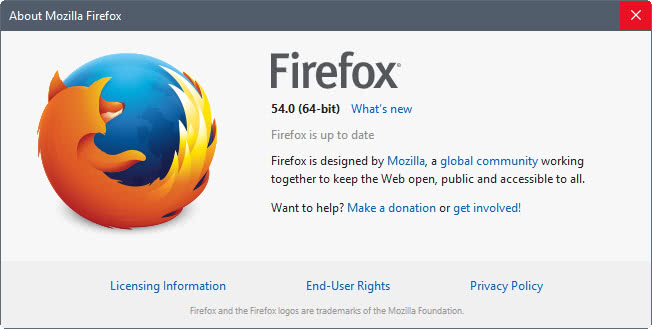 Firefox Stable is configured by default to check for updates automatically. The browser’s automatic update feature will pick up the Firefox 54.0 update automatically, download it, and install it on most Firefox systems.

The update check is not in realtime, but you may run it at any time manually in the following way:

Firefox queries Mozilla’s servers for update information. Depending on how the browser is configured, if an update is found it may be downloaded and installed directly, or on user request. 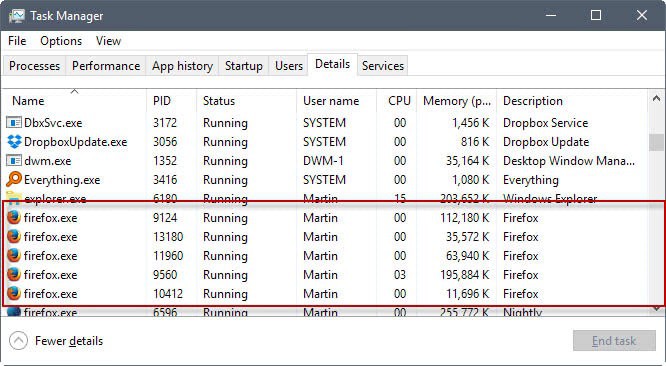 The big new feature of Firefox 54.0 is support for multiple content processes. Firefox’s multi-process architecture has been integrated in previous versions of the Firefox browser, but up until now with only one content process.

What this means is that all websites and services open in Firefox at any time use the same content process. Still good in terms of reliability of the browser as the browser ui is running in a separate process, but not as good as separating these into multiple content processes.

Chrome for instance uses one process per site. Firefox won’t do that, and the main reason why is that it impacts performance and memory use too much.

Security information is released after the release of the update. We will add the information once Mozilla makes it available.

The post Firefox 54.0: find out what is new appeared first on gHacks Technology News.