So, by now you have probably heard that a major change is coming this year to the Firefox add-on ecosystem.

In a nutshell, Mozilla will scrap all legacy add-ons and move the add-on system exclusively to WebExtensions.

The net effect is that legacy add-ons won’t work anymore when the change comes — it is planed for Firefox 57 which Mozilla plans to release in November 2017. Firefox 52.x ESR will support legacy add-ons until at least the next release cycle, so at least until early 2018.

One of the core issues with the move is that WebExtensions are still being worked on as we speak. Mozilla releases APIs regularly, last time in Firefox 52 Stable for instance, but some are not complete yet or even started.

As a user, you are probably wondering whether the add-ons that you have installed in the browser are legacy add-ons, or WebExtensions.

There is no simple way of finding out unfortunately. The built-in add-on manager does not reveal whether the installed add-on is a legacy add-on or a WebExtension. 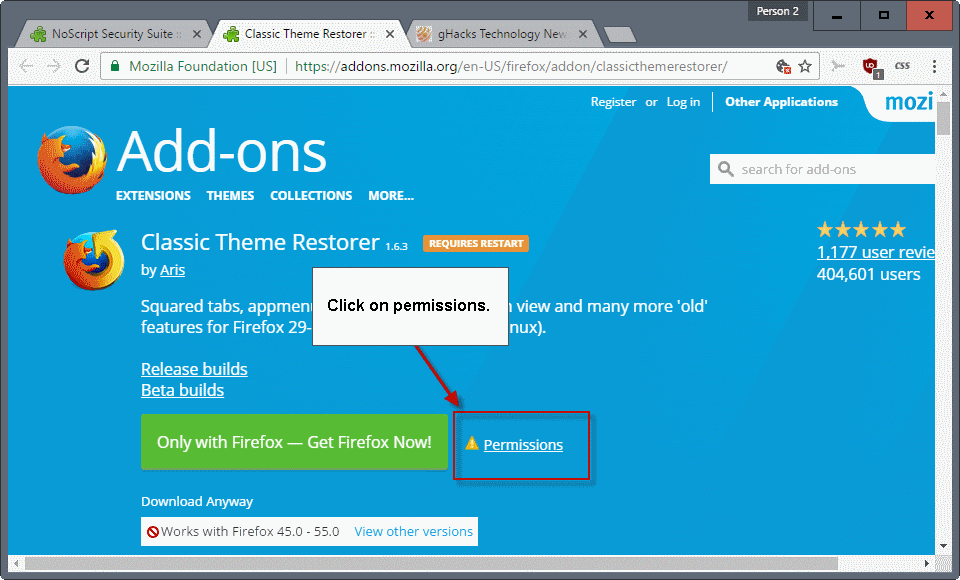 There is a way to find out however, and it is offered on the Mozilla website. The method is not super comfortable unfortunately, as you have to check each add-on individually.

This may not be a huge issue if you run one or two, but if you run dozens or more, you will spend some time checking add-ons.

Here is what you need to do 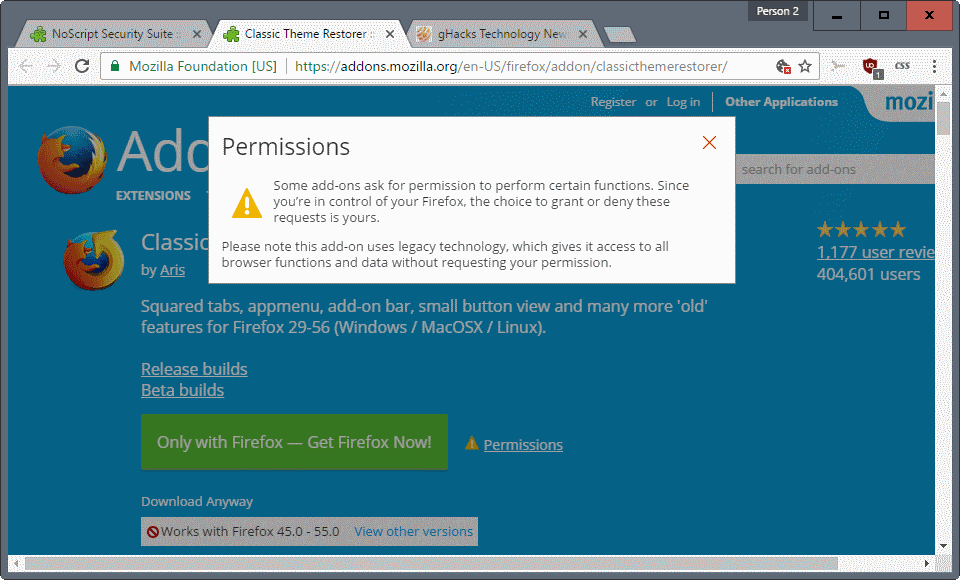 A prompt that states the following is a legacy add-on. This means that it won’t be usable once Mozilla makes the switch:

Please note this add-on uses legacy technology, which gives it access to all browser functions and data without requesting your permission.

Note: This permissions link has been placed there in preparation for the add-on permissions system that Mozilla will introduce in Firefox.

This does not necessarily mean that the developer of the add-on won’t release a WebExtension version of it.

So, you may want to check back in a couple of months, or before you run the update to Firefox 57, to find out a WebExtension version is available at that point in time.

You may also dig deeper, for instance by following development of add-ons more closely. Many developers have homepages, GitHub project pages, or are active in forums or on Mozilla’s add-ons site.

You can find out about the plans there, or ask questions to find out whether the developer plans to migrate the add-on to a WebExtension.

The post Firefox: Legacy add-on, or WebExtension? How to find out appeared first on gHacks Technology News.