Gorhill, creator of the popular uBlock Origin content blocker has released the first WebExtension version of uBlock Origin for Firefox.

WebExtension add-ons are already supported by Firefox to a degree. It is a work in progress however and differences in what is supported can be significant between different versions of the browser.

To put this into context as you may be wondering why a WebExtension version is necessary if there is a regular add-on version that relies on current add-on technologies.

The reason is simple: Mozilla made the decision to put the focus on WebExtension and move away from the traditional add-on system of Firefox.

Firefox will stop supporting classic add-ons at one time in the not so distant future, and focus on WebExtension instead.

WebExtension extensions are limited in comparison to traditional add-ons for Firefox, and several projects are underway currently to add capabilities so that popular extensions can be released as WebExtensions.

One of those extensions is uBlock Origin. There is a bug on Bugzilla@Mozilla that tracks the progress that allows uBlock Origin to be distributed as a WebExtension.

The first experimental WebExtension version of uBlock Origin has been released even though capabilities are still missing.

There are a couple of caveats right now: first, the WebExtension version of uBlock Origin works best with Firefox 52 Nightly currently as it is supporting features that previous versions don’t support. So, you need to run Firefox 52 to make use of the extension.

Second, it can only be installed as a temporary add-on currently. Third, features are missing which means that you won’t be able to utilize the extension to its fullest just yet. 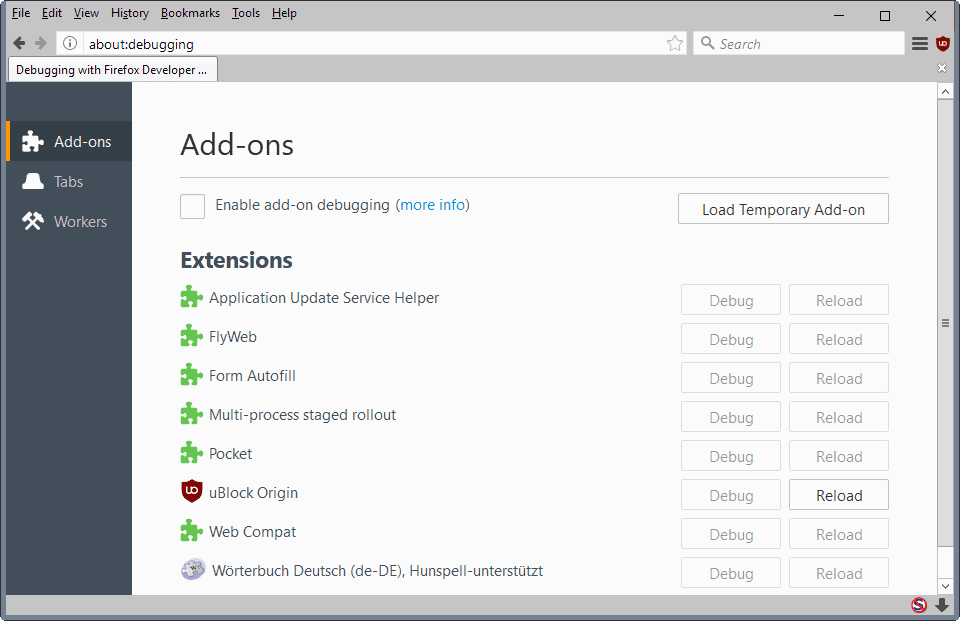 Do the following to install the extension:

Firefox picks up the extension and should list it as one of the installed extensions on the page. You should also see the traditional uBlock Origin logo in the main toolbar. 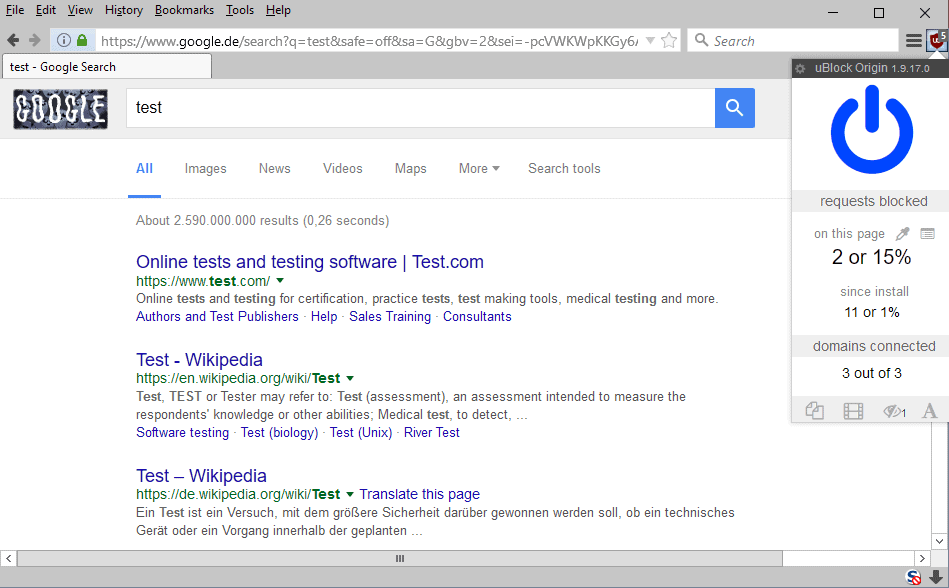 The extension is not yet ready for use on production machines. It is good to see it being ported though as one of the biggest fears of add-on users currently is that they will lose access to popular extensions when Mozilla pulls the plug on the current add-on system.

The developer of uBlock Origin plans to release the WebExtension version of uBlock Origin alongside the “regular” versions of the add-on for Firefox. You should keep an eye on the “releases” page over on GitHub for that, as the extension is not yet available on Mozilla’s Add-on repository. It will likely take some time before it is published there.